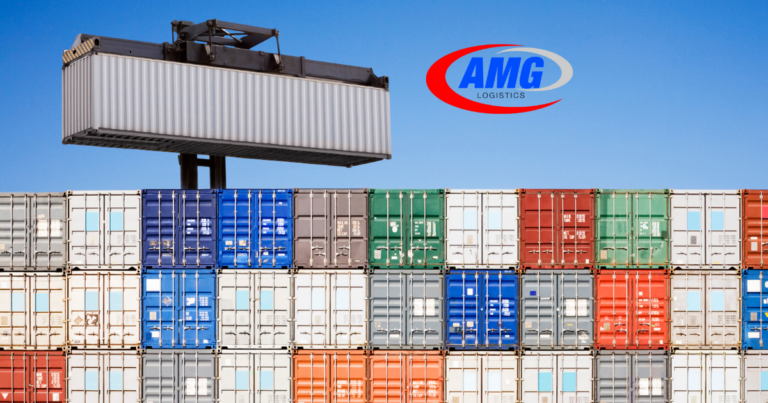 Due to shipping’s close connection to the economy, even the smallest shifts in the markets may have a significant influence on global commerce, supply, and demand.

Shipping costs are determined by volume, route, and port and carrier fees. However, there are also outside variables that have a significant impact on container shipping rates, but over which shippers have little influence.

The General Rate Increase, or GRI, is the increase that shipping lines make to the cost of ocean freight. As part of the seasonal cycle, this is often used to aid carriers in recovering from weak market movements. A GRI is often used just once, assuming an annual period of stability. However, there have been instances where the GRI was utilized often.

The GRI may theoretically be used with any ocean freight rate. However, we have noticed that it now has an impact on most imports, particularly those from the far east.

Carriers alone are responsible for deciding whether to apply the GRI, which routes it will effect, and how much. Shipping lines are required to submit rate increases to NIMASA in Nigeria 30 days before the hikes are scheduled to take effect. This may be as short as a week in other nations. This implies that if your reservation isn’t confirmed before the GRI takes effect, you could have to pay the new, higher price, which might occasionally be double as much.

Like other sectors, shipping too has a peak period during which demand for ocean freight services is at its highest. This has an impact on freight rates in addition to vessel capacity and the global supply chain.

From July until November/December, when businesses start to get ready for the holiday season, there is a large volume of business. In response to the increased demand for their services during the start of the busy season, shipping lines hike freight prices. There may also be a peak season premium in some circumstances to cover the additional logistical work required to meet the spike in demand.

China, the second-largest exporter in the world, has additional peak shipping seasons to be aware of. It is especially difficult during the weeks that coincide with the Chinese New Year (anytime in January or February) and National Day Golden Week (first week of October), when all manufacturing and sales in the nation halt completely. Every year, this has a significant influence on supply chains across the world.

Nevertheless, importers hurry to ship their goods in the weeks before these two Chinese holiday seasons, which raises demand and, consequently, freight costs. Even attempting to obtain a container could be challenging given the logistical chaos during these holiday seasons.

Shipping companies have several fee options at their disposal that they can use as needed. The Emergency Bunker Surcharge, or EBS, which addresses the increase in fuel prices, is one such surcharge.

The Bunker Adjustment Factor (BAF), which is used to cover the changing fuel costs resulting from regular market fluctuations, should not be confused with the EBS. Additionally, the BAF is often disclosed beforehand. Contrary to the EBS, which may be used as a last-minute emergency measure and result in unexpected cost imbalances in shippers’ logistical budgets, this is not the case.

The Emergency Bunker Surcharge has been put in place by carriers during the last few months in reaction to what they describe as unexpectedly rising fuel prices. Shippers have reacted strongly to this, not just because they feel insulted to be paid for something they have no control over but also because of what they see as unethical business methods. Many claim that the current EBS was implemented to offset operating losses incurred by shipping companies while masking them as higher fuel prices.

To put things mildly, the lack of drivers is a regular logistical issue for shippers. And one that is out of their hands.

Price increases for ocean freight are a typical market response to transportation shortages. Rates increase as a result of declining capacity and correspondingly rising demand. If you’re a shipper, your supply chain will either be disrupted, or you’ll have to pay a premium price to hire a driver. There are a few techniques to prevent delays in the case of a trucking shortage, including rerouting freight via alternate routes and/or ports, arranging your shipment considerably sooner than you typically do, and having a backup plan.

Simply put, there is no way to plan for delayed expenses like demurrage and detention, as well as fees from customs inspections. These charges are never included in container shipping prices, yet they have a significant impact on your overall shipping expenses.

Even though most of these fees are out of the shipper’s control, there are several things the shipper may take to reduce the likelihood of paying them. These include completing all paperwork accurately and submitting it on schedule. The slightest inconsistencies in your documentation might set off alarms, leading customs to decide to inspect your package. And both the origin and the destination may experience this. Making sure all your “i”s dotted and “t”s crossed can greatly lessen the possibility of your shipment being held for inspection and incurring delay costs.

Another option to avoid paying these additional fees is to plan your shipping in advance, which allows you enough time to adequately prepare your goods. Additionally, you have enough leeway in your shipment schedule to be flexible, which helps you avoid some of the other challenges discussed before, such as the busy season and issues with transportation shortages.