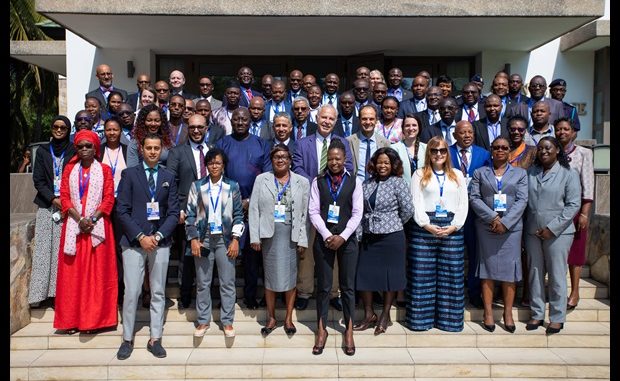 The implementation and application of rules of origin for enhanced Intra-African trade has been launched by the World Customs Organisation (WCO) and the European Union (EU).

The initiative, commonly dubbed the EU-WCO Rules of Origin Africa Programme, is aimed at supporting the African continent to improve its capacity to deal with rules of origin and ultimately to support the harmonized and well-coordinated implementation and application of the rules of origin under Annex 2 of the AfCFTA and other regional and international commitments.

In his opening remarks, Mr. Konstantinos Kaiopoulos, Director of Tariff and Trade Affairs stressed the central role of rules of origin for the implementation of any free trade agreement. He expressed his expectation that this programme will greatly contribute in building the capacity of customs and relevant stakeholders for enhanced understanding, implementation, and application of rules of origin in Africa.

The AfCFTA Director of Trade in Goods and Competition, Dr. Mohamed Ali, in his opening remarks, highlighted the commitment of the AfCFTA Secretariat to ensuring the success of the EU-WCO RoO Africa Programme. He stated, that given the fruitful experience of the first six months of partnership with the WCO and the EU, the AfCFTA can only be optimistic about the successful completion of the pending AfCFTA rules of origin matters including stakeholders’ capacity building.

In his welcoming remarks, the Ghana Revenue Authority Commissioner Customs, Col. Kwadwo Damoah, stated that WCO’s collaboration with the EU to heighten the importance of Origin has come at a good time to leverage the responsibilities bestowed on Customs Administrations by AfCFTA and other FTAs to which African States have signed up. He called on the customs experts to contribute more during the discussions and to highlight all the challenges they face in administering the rules of origin.

The conference sessions presented the scope, components and timeline of the implementation of the Programme and how the different activities shall be conducted to better meet the needs of all stakeholders and attain the sought objectives. Different presentations and panel discussions shed the light on the national and regional perspectives, challenges and lessons learned and the AfCFTA secretariat shared the state of play on the implementation of RoO under the agreement and the role of Customs in that process. International organizations and private sector stakeholders have exchanged with the audience their experiences and expectations and proposed avenues for cooperation under this Programme and beyond for effective and successful implementation of the RoO.

The conference concluded by consensus on the need for capacity building and harmonized instruments to enable all stakeholders to manage and administer RoO effectively and that the EU-WCO RoO Programme is of utmost relevance and importance in that process.

The commitment and engagement of all partners during the conference is a positive first step toward excellent collaboration on the successful implementation of this Programme. The outcomes of the conference and discussions will feed into the establishment of the Programme’s work plan and activities.