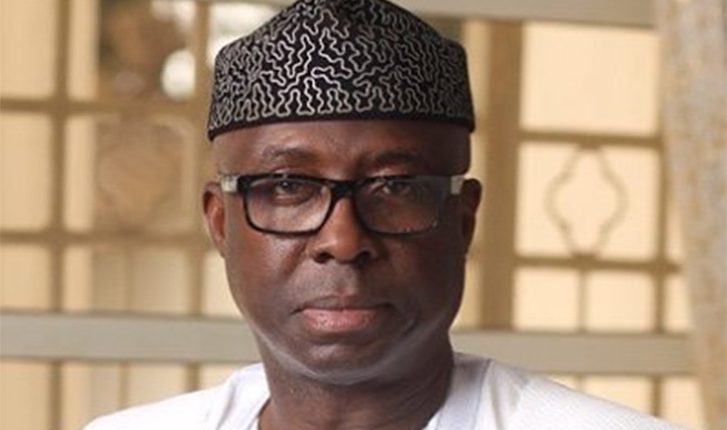 African countries have been urged to embark on agendas driven by private sector-led investments, to ensure the continent’s economic transformation through industrialisation.

The Minister of Industry, Trade and Investment, Otunba Niyi Adebayo, made the call, according to a statement signed by Mrs Omotayo Okewunmi, Public Relations Officer, Manufacturers Association of Nigeria (MAN), on Friday in Lagos.

His remarks were to commemorate the MAN@50 Roundtable on industrialisation in Africa, with the theme: “Positioning African Countries for Economic Transformation and Continental Free Trade”.

He said the call was pertinent to unleash the continent’s full potential in the ongoing Africa Continental Free Trade Area (AfCFTA).

Adebayo said to position Nigerian industries to lead the economic transformation in the continent, stakeholders must work together to come up with specific measures and initiatives to improve the cost competitiveness of players in the sector.

He noted that his ministry was working hard to improve the situation in various ways, such as collaborating with the ministry of petroleum resources to lower the cost of gas, which is critical to the production of energy for the sector.

The minister said that there was an ongoing partnering with the African Development Bank to establish Special Agro-processing Zones (SAPZs) across the country to facilitate agribusiness and the processing of agricultural produce.

“Similarly, we aim to build at least one agro-processing facility in each of the country’s 109 Senatorial Districts by leveraging available government funding and exploring innovative financing methods such as PPP and grants

“Another way that Nigerian industries can position themselves for the African economic transformation is by aligning themselves with the country’s industrialsation programme.

“The overall aim of this programme is to drive job intensive growth of the Nigerian economy, by increasing domestic economic activities, especially local production through the domestication of key selected priority products.

He named such products to include: Automobiles, Palm Oil, Dairy Products, Sugar, Cassava Starch and Cotton Textiles and Garments (CTG).

“On our part, we are accelerating the establishment of world-class Special Economic Zones (SEZs), specifically in Lagos, Abia, Katsina, Akwa Ibom, Kano and Benue

“This will drive our industrialisation programme by increasing the concentration of high-quality infrastructure and providing fiscal incentives for producers in the zones.

He urged manufacturers, specifically large-scale processors, to take advantage of the opportunity to benefit from incentives offered by the SEZs and the wider market of 1.3 billion consumers provided by the AfCFTA agreement.

In his remarks, Director-General, MAN, Mr Segun Ajayi-Kadir, stated that appreciable manufacturing capacity and competitiveness were key components of any viable industrial agenda.

Ajayi-Kadir, however, noted that majority of the developing economies in Africa had very weak manufacturing base and low industrial development, despite several industrial policies and reforms.

He said to reverse this uninspiring situation, there was need to ascertain what must be done to make industrialisation a priority and major driver of trade.

“Undoubtedly, industrialisation is critical to the structural transformation of the continental economy and the AfCFTA is expected to provide the vehicle for fast-tracking industrial development.

“With AfCFTA, there will be opportunities for wider utilization of the resource endowments of the continent, efficient production system and competitiveness enhancement.

“Equally important is the need to have a conversation around the critical readiness requirements to guarantee beneficial trade.

“This will change the narrative of de-industrialization and dwindling export of manufactured products in the continent,” he said.