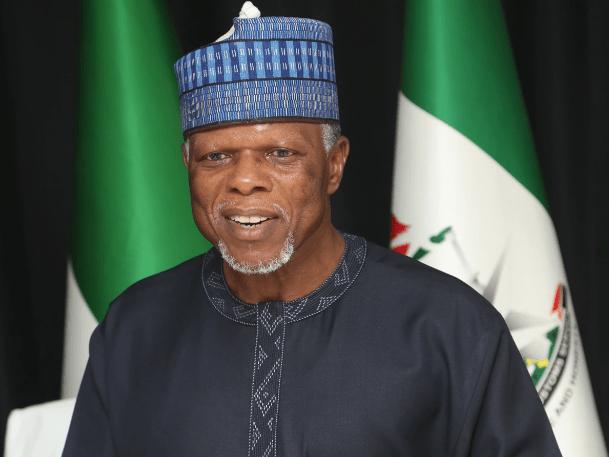 Ali, who spoke yesterday during the concluding hearing on the Customs 2021 budget defence before the House Committee on Customs and Excise, said the two agreements tended towards zero duty for goods imported from member countries who are signatories to the two agreements.

The budget defence of the Service was cut short on March 4, 2021, following the news of the sudden death of the former Chairman of the Committee, Hon. Yuguda Kila.

Ali was reacting to the statement by the Chairman of the Committee, Hon. Leke Abejide that the Committee was increasing Customs’ revenue target from N1.4 trillion to N1.6 trillion, the same target given Customs last year before the outbreak of COVID-19.

The Customs chief said the take-off of the AfCFTA and the WTO treaties of free, which took off on January 1, 2021, would, no doubt, affect revenue collection of the service as the two agreements are tailored towards zero duty on goods imported from member countries.

He, therefore, warned the National Assembly against increasing the revenue target given to the service from N1.4 trillion to N1.6 trillion, stressing that if the Service is able to surpass the target, it would, definitely, reflect on its collection for the year.

He said: “On the issue of increasing the 2021 budget from N1.4 trillion to N1.6 trillion, let me say that the target set by the Federal Government is based on some parameters and not based on actual computation.”

“The budget committee sits down and take a look at it and do a projection and with our own officers, we sit down and look at what is feasible that can be generated. I make haste to say that in 2020, we were lucky that despite the COVID 19, we were able to garner what we got. As at then, the Africa Continental Free Trade Agreement had not come into place.

“It has taken effect from January 1, 2021 and that agreement if geared towards zero duty for all imports coming from member countries within Africa and import coming from African countries is of significant percentage of the duty collection that we do.

“Second, if you recall when Mrs Ngozi Okonjo Iweala came here, she mentioned the WTO agreement which has also come into effect and we are a signatory to that treaty. What it is also gearing towards is zero duty on import from member countries.

“We must take this into consideration. We are praying that COVID subsides because the vaccine is getting on very well even though many Nigerians are shying away from it. A lot of industries outside Nigeria have suffered tremendous injuries with regards to COVID and so, picking up and producing for our people to buy will take a longer time.

“Putting all these together, we will crave the indulgence of this committee to understand that we rather trend on a fair ground than to be in haste. We need to take it slowly. During the COVID, our target was reduced to N1.3 trillion and by the grace of God we were able to meet the target.

“It is our hope that if we get anything above N1.4 trillion, it will reflect in the collection. I don’t want us to set the target too high and then find it difficult to meet. These agreements that have really taken effects will impact on our revenue collection because it is zero duty and we cannot enforce it beyond that. I don’t want us to be too ambitious only to fall short of expectation.”

The Chairman of the House Committee on Customs and Excise, Hon. Leke Abejide had informed the Customs boss and his management team that the Committee has decided to increase the revenue target given to the service from N1.4 trillion to N1.6 trillion in view of new development in the economy.

Abejide said in view of the fact that the Service was able to generate N1.5 trillion in 2020 amidst the COVID 19 pandemic, the Committee will not be able to convince the House to approve a lower revenue target for them.

He said: “We have taken a look at the 2021 proposal that Customs brought to us. We have compared it with what was presented to us in the 2020 fiscal year and what was collected by the service and discovered that you have a target of N1.4 trillion as revenue for 2021.

“When we looked at your new proposal and the kind of noise it will generate when we get to the floor of the House, we are convinced that there will a serious issue. We don’t want to have problem on the floor trying to pass the budget.

“So, when we looked at what you collected in 2020 which was N1.562 trillion including VAT, it will look somehow illogical for us to give you a target that is below what you generated in 2020.

“Before COVID came, the sum of N1.6 trillion was given to the service as target. It was later reduced to N1.3 trillion because of the COVID. Despite the COVID, you were able to generate N1.2 trillion and collected about N350 billion VAT.

“Now that COVID is subdued as a result of vaccine, there is no lockdown and the border is opened, and your proposal for carbonated drinks to be excisable is now approved, we said we cannot go to the floor with this proposal.

“We want to stand on the initial target given to you last year which is N1.679 trillion. We are also not going to touch the target of N370 billion you gave to yourself on VAT. We hope that you will be able to meet this target that you set for yourself.

“The finance Act has reduced level on new vehicles from 35 per cent to five per cent which means that you will be getting more vehicles to come through the port this year. When your add all these, it is possible that you will be able to meet this target”.

He assured that the House will ensure that the law which empowered them to collect excise on carbonated drinks which has been approved under the Finance Act is transmitted to the Service as soon as possible.