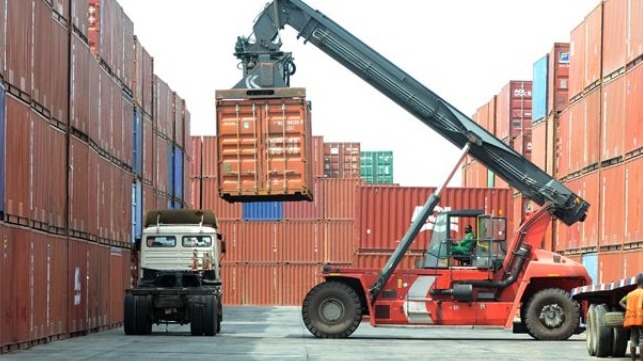 African shippers are currently experiencing a tragedy in liner services, with historic port bottlenecks now compounded by a surge in freight rates, making shipping operations difficult for many.

The data analytics firm gave the example of MSC, which had shifted some 13,000 TEU of ship capacity from African trading routes in favor of the Pacific. The report noted that the major reason behind the shift was due to the high revenue earned along the East-West trade routes.

This has a significant impact on African shippers. For instance, Nigeria – sub-Saharan Africa’s largest economy – has been unable to overcome persistent inefficiencies in port operations. As a result, exporters have lost about $218 million in perishables and other damaged products over the last year due to gridlock at Apapa Port.

In an interview with The Guardian Nigeria, Shippers Association of Lagos President Jonathan Nicol said that some trucks took three months to access the filled-up terminals, as there was no space to drop export containers.

“The infrastructure on the ground cannot cope with the volume of cargo accessing the port and at the same time, costs are uncontrollable. This results in exporters hiring barges and berthing by the sides of vessels to load directly from the barges to vessels,” Nicol said.

The former Chairman of the Nigerian Association of Chamber of Commerce, Kolawole Awe, also said that operational inefficiencies at Nigerian ports have led to multiple blank sailings.

“You hardly have vessels berthing on time and because of that, some of them are avoiding certain ports in Lagos. They are going to other ports because of the issue of having to [wait] in Nigerian waters for about 21 to 30 days,” said Kolawole.

In Kenya, the manufacturing sector is most hit by the rise in sea freight rates, as costs of imported raw materials from international markets have soared. According to a recent survey by KPMG and Kenya Association of Manufacturers (KAM), 23 percent of the surveyed companies reported to have laid off a part of their workforce compared to the 18 percent that did so in 2018. In addition, fewer firms (15 percent) have adjusted salaries of their employees compared to 27 percent of the firms in 2020, owing to reduced productivity.

In a recent research note, IHS Markit analyst Turloch Mooney noted that berth productivity is an important factor in unlocking port congestion. Berth productivity at Asian ports is consistently around one third higher than in North America and around 25 percent higher than in Europe. This difference is due in part to round the clock operations, quality terminal assets and sufficient physical capacity to handle sudden surges in demand.

“All major ports in the world have room for efficiency gains through smarter leveraging of digitization and data-sharing to streamline port calls. The current congestion phenomenon is speeding up such programs and bolstered further by the industry decarbonization agenda in a move to reduce global emissions from container shipping,” Mooney wrote. “As port and terminal operators come under pressure to improve, we expect to see more programs around initiatives like automation and extended operating hours.”