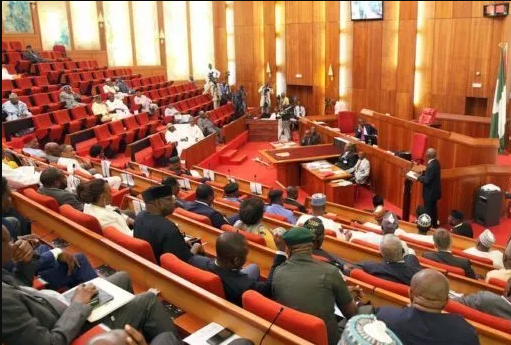 The National Association of Government Approved Freight Forwarders (NAGAFF) has urged the National Assembly to jettison the Customs and Excise Management Act (CEMA) Cap C45 of 2004, which is currently under review, to forestall collapse of the nation’s economy.

NAGAFF said the bill presently at the National Assembly has some lapses that could mar the nation’s economy and encourage human right abuse if passed into law, noting that it was drafted without stakeholders’ inputs.

The call is coming on the heels of recent invasion of some warehouses and markets in the South West region by the Strike Force Unit of the NCS.

Deputy National President, Air Logistics of NAGAFF, Segun Musa, described the draft bill as an “intellectual fraud”, stating that part of its provisions which gives Customs power to invade warehouses and markets was defective.

He said the raid by Customs was an indictment on the service as most of the goods in the warehouses and markets were released by officers at the ports and border stations after collecting money from the importers.

“The CEMA gave Customs power to invade warehouses but these are lapses we should not encourage under this regime.

“In the interest of the country, the National Assembly should return the CEMA bill and call for a new committee that will include all stakeholders that will draft a workable document that will be of national interest.

“The CEMA under review should be cancelled because it only protects Customs, it does not protect our economy and country. It is an intellectual fraud and the content will kill our economy and encourage human rights abuse.

“We need a CEMA that is trade friendly and will heal the wound on our economy not the one that will cause more injury to our economy,” he said.

He said it was wrong for Customs officers to release cargo at the port or border post, only for them to intercept it in town and demand additional payment of duty.