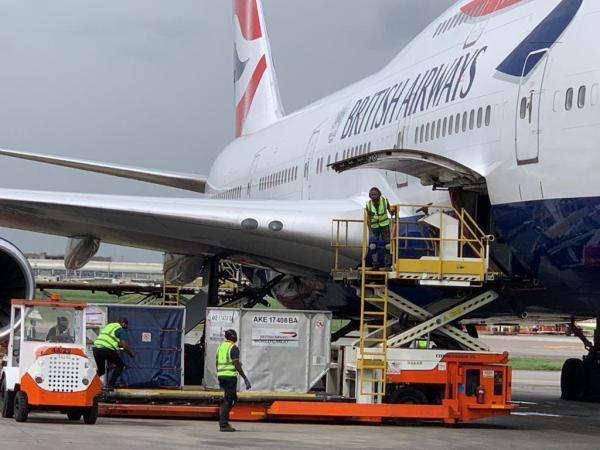 According to the data, global demand, measured in cargo tonne-kilometers (CTKs*), was 6.6% below previous-year levels in November (-7.7% for international operations). This was on par with the 6.2 % year-on-year drop in October. The year-on-year decline is skewed as November 2019 had a boost in demand from the waning US-China trade war.

Seasonally adjusted demand (SA CTKs) continued to improve, increasing 1.6% month-on-month in November. This was a slight improvement over the monthly growth rate of 1.1% in October. Current month-on-month gains indicate that SA CTKs will return to 2019 levels around March or April 2021.

Global capacity, measured in available cargo tonne-kilometers (ACTKs), shrank by 20% in November ( 21.3% for international operations) compared to the previous year. That is nearly three times larger than the contraction in demand. The capacity crunch is caused by a 53% decrease in in belly capacity. This has only been partially offset by a 20% increase in freighter capacity.

Strong regional variations continue with North American carriers reporting year-on-year gains in demand (+5%), while all other regions remained in negative territory compared to a year earlier.

Economic conditions in November, normally the peak season for air cargo, remained positive: The new export orders component of the manufacturing Purchasing Managers’ Index (PMI) remained in growth territory in both developed and emerging markets for the third month in a row after two years of indicating negative growth.  Retail sales for November were up by around 5% over 2019 for both China and the US, propelled by events like Black Friday and Singles Day.

“Air cargo demand is still down 6.6% compared to the previous year, however we are seeing continuing month-on-month improvements. Severe capacity constraints persist as large parts of the passenger fleet remain grounded. This will put pressure on the industry as it gears up to deliver vital COVID-19 vaccines,” said Alexandre de Juniac, IATA’s Director General and CEO.

Asia-Pacific airlines reported a decline in year-on-year international demand of 9.5% in November 2020 compared to the same month a year earlier. This was a 2.2% improvement from the 11.7% fall in October 2020.  While international traffic within the region remains weak (down 19.6% year-on-year in November), exports on the Asia-North America and Asia-Europe routes are strong, driven by demand for e-commerce and PPE. International capacity remained constrained in the region, down 25.3%. However, this was an improvement over the 28.5% fall the previous month.

North American carriers posted a 1% increase in international demand in November compared to the previous year—just the third month of growth in 12 months. This stronger performance compared to the rest of the industry was driven by a less stringent capacity crunch compared to other regions, with international capacity only down 12.7% in November. Strong traffic on the Asia-North America routes also contributed to the performance, reflecting rising e-commerce demand for products manufactured in Asia.

European carriers reported a decrease in international demand of 13.7% in November compared to the previous year. This was a 2.7% decline in performance compared to October 2020. Air cargo in the region has been significantly affected by the resurgence of the COVID-19 virus and the impact of lockdowns on consumer demand and business activity. Lack of capacity remains a challenge, as international capacity decreased 24.9% in November.

Middle Eastern carriers reported a decline of 2.2% in year-on-year international cargo volumes in November, a 1.1% deterioration from October. The lack of international connectivity is hampering air cargo recovery in the region, however seasonally adjusted demand remains on an upward trend. International capacity decreased by 18.6%.

Latin American carriers reported a decline of 19.4% in international cargo volumes in November compared to the previous year. This was a drop from the 12.2% fall in October 2020. Air cargo in the region has been significantly affected by the resurgence of the COVID-19 virus and the impact of lockdowns on consumer demand and business activity. International capacity decreased 24.8% in November, an improvement from the 28.9% fall in October.

African airlines saw international demand fall by 1.7% year-on-year in November, after three months of positive year-on-year growth. This is primarily driven by a soft performance on the Asia-Africa route, which was down 4.5% year-on-year. International capacity decreased by 19.4%.