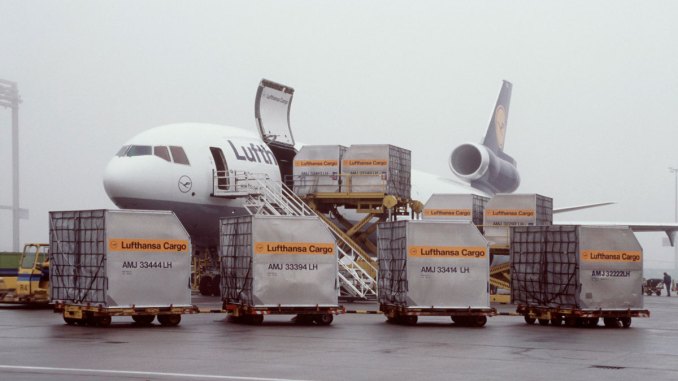 The air cargo market in February 2021 is said to have outperformed the pre-COVID levels with
demand up by 9% over February 2019.

The February market demand, according to the February 2021 data for global air cargo markets released by the International Air Transport Association (IATA), also showed strong month-on-month growth over January 2021 levels as volumes have now returned to 2018 levels seen prior to the US-China trade war.

Because comparisons between 2021 and 2020 monthly results are distorted by the extraordinary impact of COVID-19, unless otherwise noted all comparisons to follow are to February 2019 which followed a normal demand pattern, according to the data.

Global demand, measured in cargo tonne-kilometers (CTKs*), was up 9% compared to February 2019 and +1.5% compared to January 2021. All regions except for Latin America saw an improvement in air cargo demand compared to pre-COVID levels and North America and Africa were the strongest performers.

The recovery in global capacity, measured in available cargo tonne-kilometers (ACTKs), stalled owing to new capacity cuts on the passenger side as governments tightened travel restrictions due to the recent spike in COVID-19 cases. Capacity shrank 14.9% compared to February 2019.

Conditions in the manufacturing sector are robust despite the recent spike in COVID-19 outbreaks. The global manufacturing Purchasing Managers’ Index (PMI) was at 53.9 in February. Results above 50 indicate manufacturing growth versus the prior month.

The new export orders component of the manufacturing PMI – a leading indicator of air cargo demand– picked up compared to January.

Supply chain disruptions and the resulting delivery delays have led to long supplier delivery times – the second longest in the history of the manufacturing PMI. This typically means manufacturers use air transport, which is quicker, to recover time lost during the production process.

The level of inventories remains relatively low compared to sales volumes. Historically, this has meant that businesses had to quickly refill their stocks, for which they also used air cargo.

“Air cargo demand is not just recovering from the COVID-19 crisis, it is growing. With demand at 9% above pre-crisis levels (Feb 2019), one of the main challenges for air cargo is finding sufficient capacity. This makes cargo yields a bright spot in an otherwise bleak industry situation. It also highlights the need for clarity on government plans for a safe industry restart. Understanding how passenger demand could recover will indicate how much belly capacity will be available for air cargo. Being able to efficiently plan that into air cargo operations will be a key element for overall recovery,” said Willie Walsh, IATA’s Director General.

Asia-Pacific airlines saw demand for international air cargo rise 10.5% in February 2021 compared to the same month in 2019. As the main global manufacturing hub, the region has benefited from the pickup in economic activity. Demand in the majority of the region’s key international trade lanes has returned to pre-COVID-19 levels. International capacity remained constrained in the region, down 23.6% versus February 2019. The region’s airlines reported the highest international load factor at 77.4%.

North American carriers posted a 17.4% increase in international demand in February compared to February 2019. Economic activity in the US continues to recover, supported by the rising demand for e-commerce amid lockdown restrictions. Demand grew 39% on the Asia – North America route vs February 2019. The business environment for air cargo remains supportive; the $1,400 stimulus checks to US households will likely drive further growth in e-commerce and the level of inventories remains relatively low compared to sales volumes. Historically, this has meant that businesses had to quickly re-stock for which they also used air cargo. International capacity grew by 4.4% in February compared to 2019.

European carriers posted a 4.7% increase in demand in February compared to same month in 2019. Cargo demand was largely unaffected by the new lockdowns in Europe and the operating conditions remain supportive for air cargo. International capacity decreased by 12.5% in February.

African airlines’ cargo demand in February increased a massive 44.2% compared to the same month in 2019the strongest of all regions. Robust expansion on the Asia-Africa trade lanes contributed to the strong growth. February international capacity grew by 9.8% compared to February 2019.