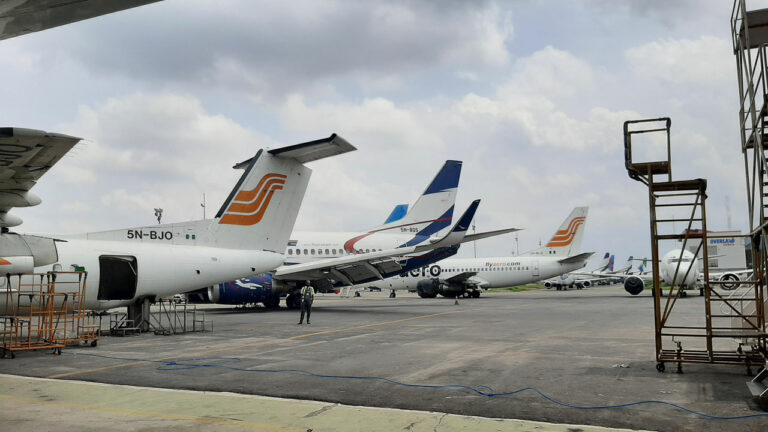 Global airlines are getting hard-pressed by staff shortage and aviation fuel supply as traffic demand surges ahead of the Easter holidays.

But the consequences are the high cost of operations, pressure on airport infrastructure and shortfall in pilots and crew that have kept airlines on the back foot. Several airports and airlines that laid-off staffers in the pandemic era are struggling to bring them back in lieu of emerging fervour in travel demands.

Among Nigerian airlines, the pressure is much more from the high cost of Jet A1 which has remained at an average of N500/litre following earlier intervention by the National Assembly to bring it down from N620/litre last month.

The 200 per cent rise in aviation fuel has forced some airlines to reduce frequencies on some low-traffic routes.

As of yesterday, thousands of holidaymakers in Europe have seen their Easter getaways disrupted or cancelled because airlines and airports do not have enough staff to meet the recovery in demand as pandemic restrictions are eased in Europe.

Low-cost carrier easyJet airline was one of the worst affected, saying it cancelled around 60 UK flights on Tuesday and expected to pull a similar number in the coming days. It cancelled more than 200 on the weekend and another 62 on Monday.

British Airways (BA) cancelled 662 flights at the weekend, aviation analytics firm Cirium said, though that includes long-haul flights suspended due to sanctions and restrictions, such as on Russia and COVID-affected parts of Asia respectively.

Staff shortages are a problem on the ground as well as in the air. Queues at Manchester Airport, Britain’s third busiest after London’s Heathrow and Gatwick, snaked out of one terminal on Tuesday, and passengers complained of hours waiting at the baggage carousel.

The airport apologised for the disruption. “As we continue to recover from the pandemic and passenger numbers grow, security queues may be longer than usual at times,” it said via Twitter.

For some of the global airlines, the general spike in the cost of aviation fuel has also raised the cost of operations though marginally as the passenger traffic soar across the region.

International RPKs rose 256.8 per cent versus February 2021, improving from a 165.5 per cent year-over-year increase in January 2022 versus the year-earlier period. All regions improved their performance compared to the prior month.

African airlines had a 69.5 per cent rise in February RPKs versus a year ago, a large improvement compared to the 20.5 per cent year-over-year increase recorded in January 2022 compared to the same month in 2021. February 2022 capacity was up 34.7 per cent and load factor climbed 12.9 percentage points to 63.0 per cent.

IATA’s Director-General, Willie Walsh, noted that the recovery in air travel is gathering steam as governments in many parts of the world lift travel restrictions.

“States that persist in attempting to lock out the disease, rather than managing it, as we do with other diseases, risk missing out on the enormous economic and societal benefits that restoration of international connectivity will bring.

“As the long-awaited recovery in air travel accelerates, it is important that our infrastructure providers are prepared for a huge increase in passenger numbers in the coming months. We are already seeing reports of unacceptably long lines at some airports owing to the growing number of travellers. And that is even before the surge of Easter holiday travel in many markets next week.

“The peak Northern summer travel season will be critical for jobs throughout the travel and tourism value chain. Now is the time to prepare. Governments can help by ensuring that border positions are staffed adequately and that background security checks for new staff are managed as efficiently as possible,” Walsh said.