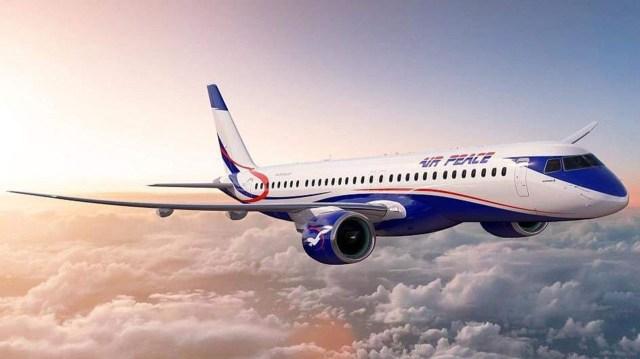 Aviation Ground Handlers Association of Nigeria (AGHAN) says the collection of its new cargo handling rates by its members from international airlines and domestic airlines will begin in January and March 2022 respectively.

Mr. Olaniyi Adigun, the Chairman of Aviation Ground Handlers Association of Nigeria (AGHAN), said the collection of the new rates is necessary for ground handlers to remain in business, sustain aviation safety and standards, attract more competent manpower, serve the airlines promptly and efficiently, and to help the Federal Government of Nigeria to realize and tap the full economic potentials of the industry.

Olaniyi Adigun made this disclosure in an exclusive interview with PortNews in Lagos, last week, noting that the new rates are in accordance with the International Civil Aviation Organisation’s fair competition principles – Cost Recovery, Wide Consultation, Integrity (facts) and Non-discrimination. He also stated that the Regulator, the Nigerian Civil Aviation Authority (NCAA) had given them the go-ahead to implement the new charges.

The AGHAN Chairman noted that the COVID-19 pandemic has affected all subsectors of the nation’s aviation industry with attendant high inflation and rising exchange rates but rued the fact that attention has only been focused on the airlines. He noted that since the outbreak of the pandemic and the removal of flight restrictions, airlines have increased their fares and the federal government has granted them bailout funds and import waivers to further their business while ground handlers are still charging old rates without bailout or waiver.

Adigun notes: “The collection of the new rates will take off in 2022 tentatively with international airlines in January and domestic airlines in March. We have communicated to both sides.

“The new rates are necessary now, not only for us to remain in business but to provide services backed by safety and security taking cognisance of the covid-19 pandemic and rising inflation, particularly unstable foreign exchange, Naira to Dollar, in the country. The COVID-19 pandemic affects all the economics of the world; aviation is the worst.  All aviation subsectors inclusive of ground handling have been badly affected.

“But Nigerians only talk about airlines and forget ground handling. Since the outbreak of the pandemic and the removal of flight restrictions, airlines in Nigeria have increased their flight rates repeatedly while the federal government has given them adequate support in terms of bailout and import waiver on their aircraft. Fuel suppliers have increased their rates while we are still collecting the old, unprofitable rates; no support from the government. What stops ground handlers from doing the same?

“We buy in Dollars. And the instability in the exchange rates has caused a phenomenal increase in the prices of equipment. It is difficult for us to plan; what we buy today is not the same next day in price. Our production cost has gone up. We cannot buy cheap equipment and jeopardize safety. Nigeria is not realizing its aviation potentials fully because of the over-concentration of attention by the government on airlines. We can make a lot of money not only from airlines but other subsectors like ground handling and hospitality of the industry.

“All these necessitated the new rates. The new rates are competitive, uniformed and there is a minimum which handlers can go above if they have the capacity, but not below. All our stakeholders including the regulator, Nigerian Civil Aviation Authority (NCAA), were duly consulted and carried along,” said Adigun.

On the position of airlines on the development, the Chairman said that airlines who set up the two leading handlers – NAHCO and SAHCO to service them felt the new rates were untimely as it would affect their production costs but he noted that the handlers have been privatized and commercialized by the Federal Government.

“The airlines’ position is that the collection of our new rates is untimely as it would affect their operation costs. We told them that you have increased your flight rates but you do not want us to increase ours. They don’t want uniform prices. They want a situation whereby an airline can negotiate privately with individual handlers; fix the rates they want to pay. This is not healthy for our business.  They are just deliberately creating unrivaled competition among ground handlers for their selfish interest, and the government is losing heavily with the old rates we are charging. Some of them petitioned the National Assembly.

“NAHCO and SAHCO were formed by international airlines and Nigeria Airways respectively to serve as their warehousing purposes not primarily for profit-making. That is why airlines could easily manipulate the ground handlers and dictate rates. And since the concessions of ground handling by the government and people have invested in ground handling operations in form of shares, owners must expect returns. Competition has come in. And because of a lack of competition, we could not attract qualified manpower. Available manpower we have are being hijacked by airlines,” said Adigun.

According to Adigun, the National Assembly intervened but did not tell us the rates to charge but only advised us to balance both sides considering the COVID-19 and the economic situation in the country. “We listened to airlines on the new rates and NCAA gave us go ahead with the implementation provided the rates are reasonable.”

Adigun said that the proposed strike to press home the implementation of the new rates earlier in the month by the association was suspended because of the quick intervention of the NCAA but was a unifying factor among the handlers, especially between NAHCO and SAHCO, as it was the first time ground handlers spoke in one voice on their rights.

He affirmed that the level of investments in equipment by AGHAN members can sustain the rates and provide efficient and excellent services for the airlines. “We are investing more in equipment acquisition because of expansion in our operations. We need more equipment. The present investment can sustain what we have. If the new rates take effect in 2022, ground handlers will be in a better position to sustain the investments, which are capital intensive. The new rates should be a win-win situation for us to serve the airlines.”

He said the association was formed in 2018 to protect our interest, to speak with one voice and be able to create healthy competition among members, and, more importantly, encourage regulations and standards. “It may not be that smooth a journey but we will certainly get there one day. For the first time government recognized the association – ground handlers,” said he.

Adigun allayed the fear of customs licensed agents that the new rates which are for airlines won’t affect them. “The new rates won’t affect customs agents. It is for cargo and airlines alone. If there is a need to increase terminal and storage rates, there will be consultation with them and the NCAA will be carried along. We are still going there,” said Adigun.