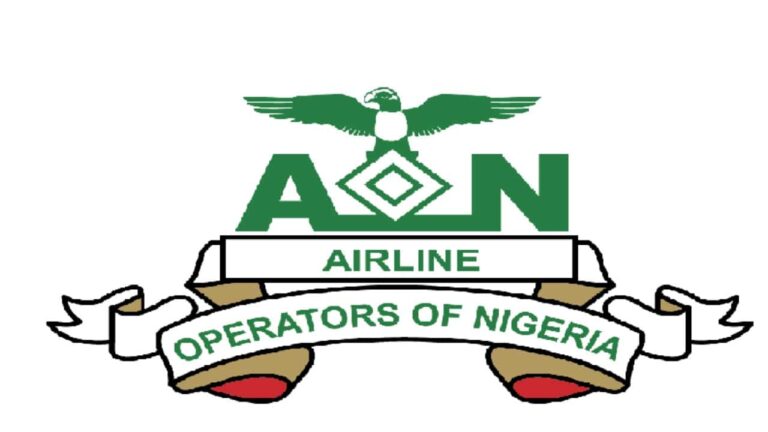 Members of AON (the Airline Operators of Nigeria) have unanimously voiced their dissatisfaction over Senator Smart Adeyemi’s unguarded comments threatening to allow foreign airlines to take over local operations due to flight delays and cancellations.

The senator made the remarks during a joint oversight visit to the aviation authorities by the Senate and House of Representatives.

In a statement published in response to the threat, which has subsequently attracted criticism throughout the industry, the airline operators took time to emphasize causes that they ascribed to the flight delays and cancellations, in addition to expressing their anger over Adeyemi’s reaction.

The operators declared in a statement signed by the President of AON, Alhaji Yunusa S. Abdulmunaf, Chairman of Azman Air, and the Vice President, Mr Allen Onyema, Chairman of Air Peace, and endorsed by all other operators: “AON would like to state unequivocally that such comments only serve to aggravate sentiments and send out the wrong message to passengers and the general public”

Commercial airlines across the world, including Nigeria, are designed to adhere to rigorous flight schedules. These schedules are put in place not only for the benefit of consumers but also to enable airlines to make the best use of their aircraft in order to fulfil their set objectives over time and assure their safety and sustainability.

It is obviously not in the best interests of any airline, whether in Nigeria or elsewhere, to postpone or cancel flights since this has serious financial and image ramifications. Delays and cancellations are therefore the last things any airline wants for these reasons.

See the official document below, showing the more prevalent causes of delays and cancellations, signed by 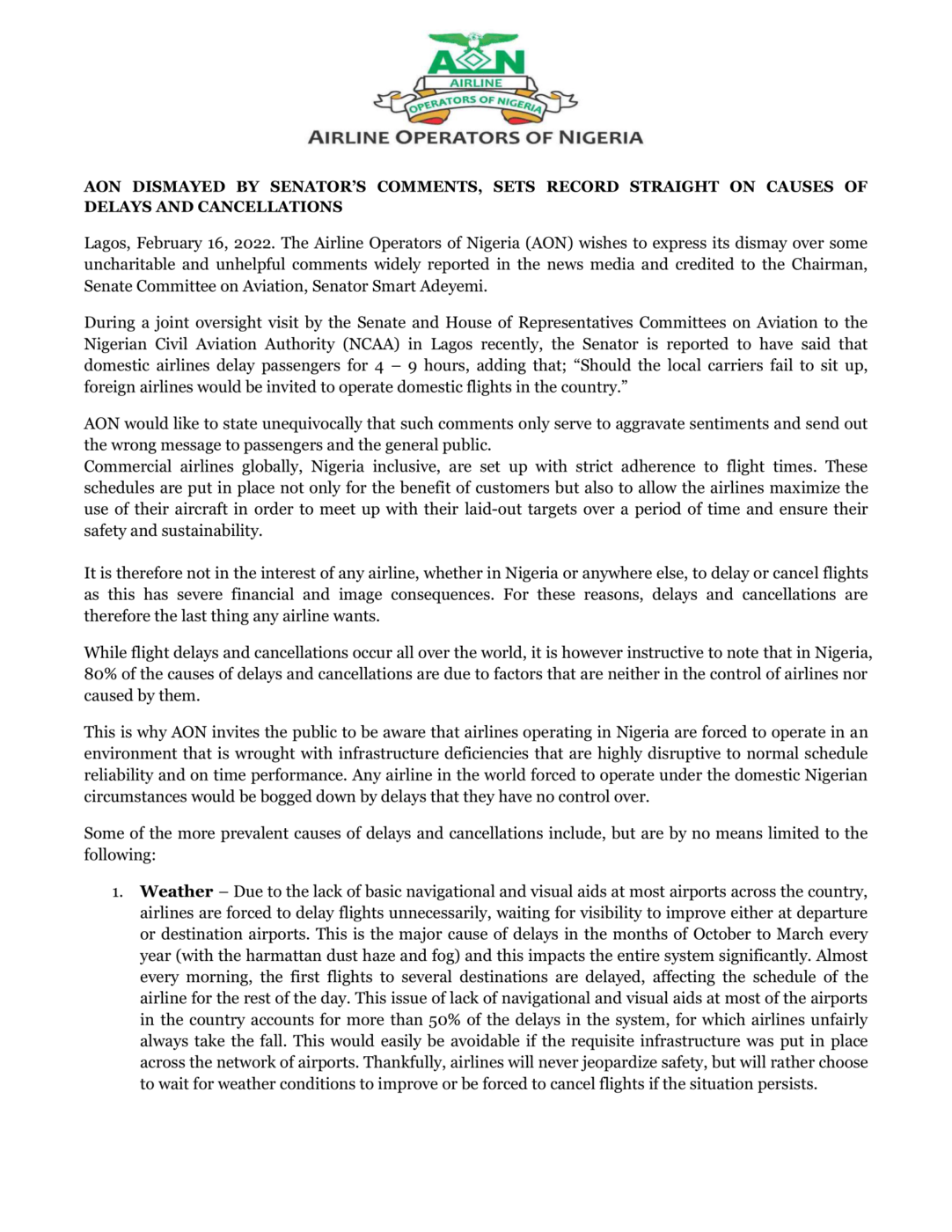 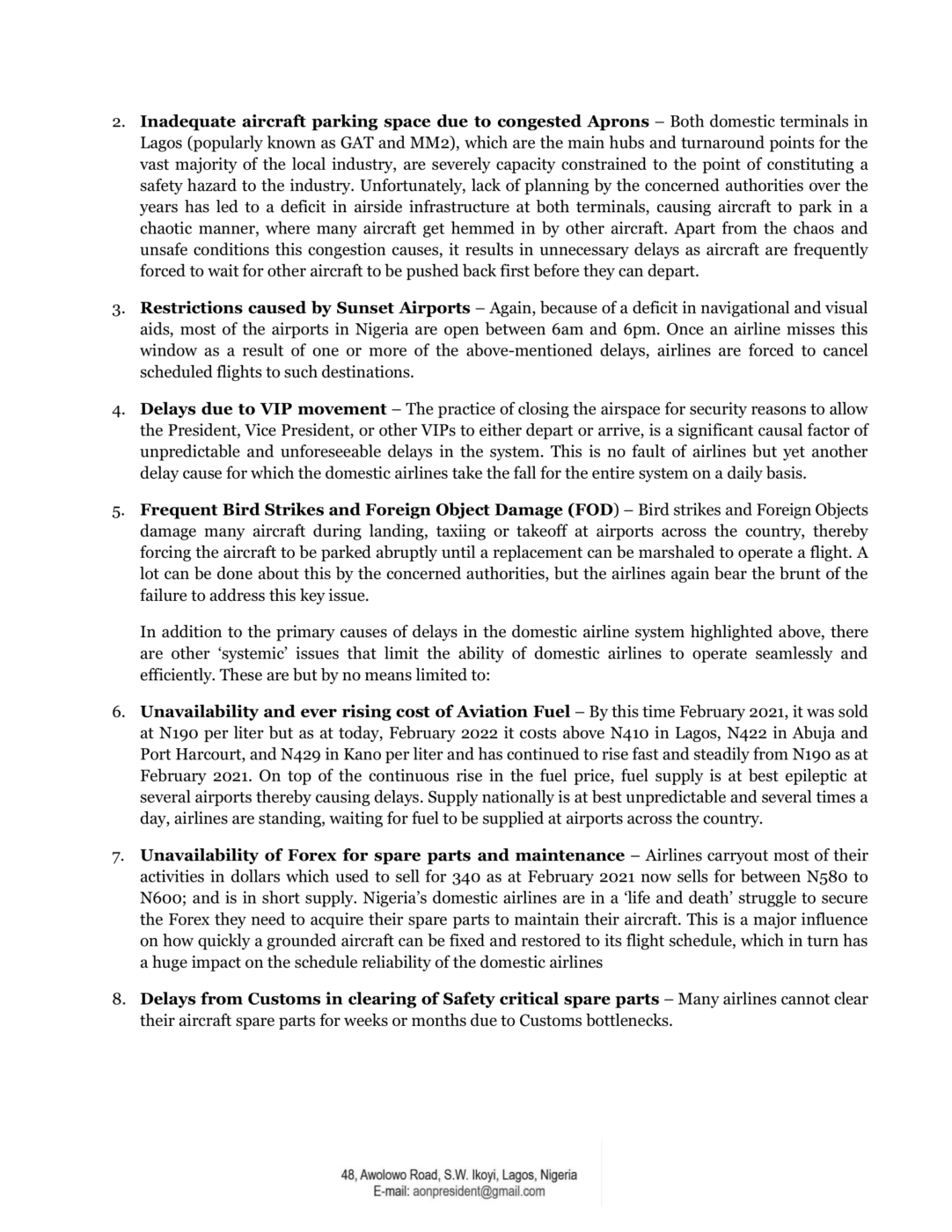 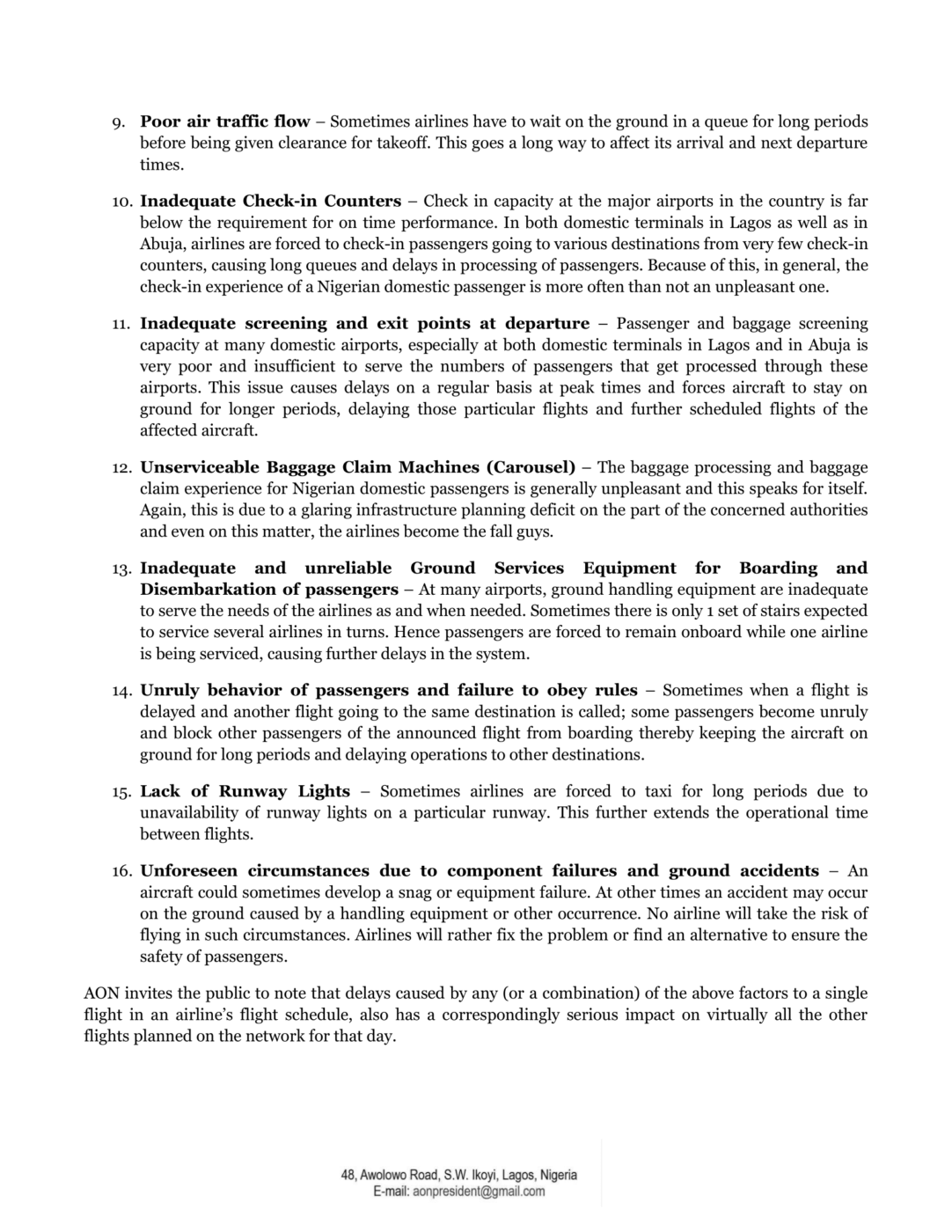 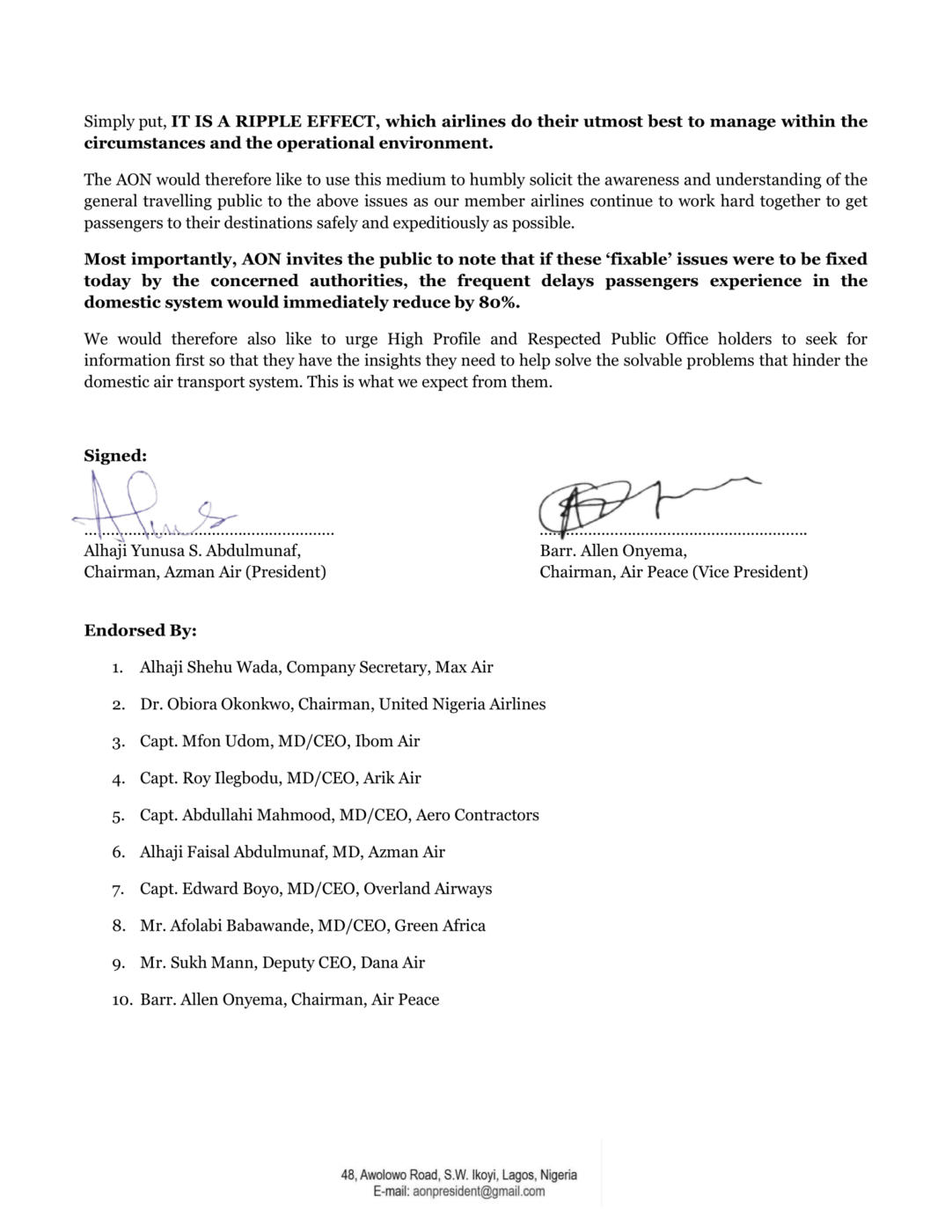