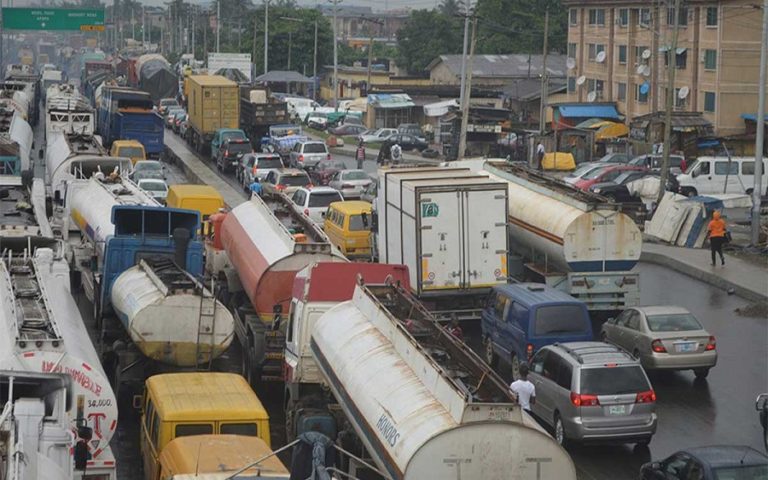 Chairman of Apapa Traffic Management and Enforcement Committee and Special Adviser to Governor Babajide Sanwo-Olu of Lagos State, on Transportation, Oluwatoyin Fayinka, has issued a seven-day ultimatum to truck drivers, who parked indiscriminately along Oshodi-Apapa Expressway, to remove the trucks or they will be impounded.

This came as the committee admitted that efforts at freeing Apapa of gridlock are being won gradually.

Fayinka, who spoke with Vanguard, accused the truck drivers of undermining efforts of the team by parking indiscriminately along the road, particularly on Oshodi-Apapa Expressway, causing gridlock and subjecting motorists to untold hardship.

He said the seven-day ultimatum was sent to the leadership of truck drivers’ unions to comply with the directive or risk being sanctioned.

Fayinka warned that after the expiration of the grace the team would embark on total enforcement, saying “There will be no sacred cow.”

Also, the Senior Special Assistant to Governor Sanwo-Olu on Central Business District and Head of Operations, Apapa Traffic Team, Mr. Sola Giwa, said the team was winning the war against traffic congestion and extortion of truck owners and drivers in the axis with the Electronic Call-Up System, ETO, designed to sequence and batch trucks coming into Apapa and Tincan Island ports.

Speaking on efforts achieved so far by the team and other government agencies to decongest the road, he said: “Though we are not where we are targeting to be now, but we are gradually getting there. Those who were saying the e-call up system is not working are people referred to as ‘movers’. These people know several agencies and the enforcement agencies within the ports’ environments and they usually move trucks or fly trucks in the ports with the help of the agencies.

“There is a dedicated lane for all trucks to move but what the movers do is that they would go and meet someone somewhere that they have 50 trucks to move as against about 10 to 20 expected to be moved at a time.

“However, it is not possible again because even if you move your truck and pay everybody on the road to have your way when you get to the port you would not be able to enter because there is an access control system at the port.

Giwa also said: “There is no gridlock in Apapa. Before now, for you to move a truck, people paid as much as N150, 000 to N200, 000 to move a truck from Ijora-Olopa to Apapa Port because it was based on manual and anything that is manual has human interference.

“There were trucks on that route waiting to go in one by one, one “big man” would call someone and say I have 50 trucks I want it to pass. There was a lane dedicated for every truck to pass, so the big man would speed up and they would bring the 50 trucks and moved on the other lane that was free for other people to use.

“If anyone is being extorted, it means the person has done something wrong. They want to move at a time that is not theirs. The truck that ought to move in the night, maybe it broke down somewhere, still wants to move in the day so he can go back. That is the only thing we see as cases of extortion.”