As the Navy and SON tries to return to the seaport, cargo clearance costs might rise 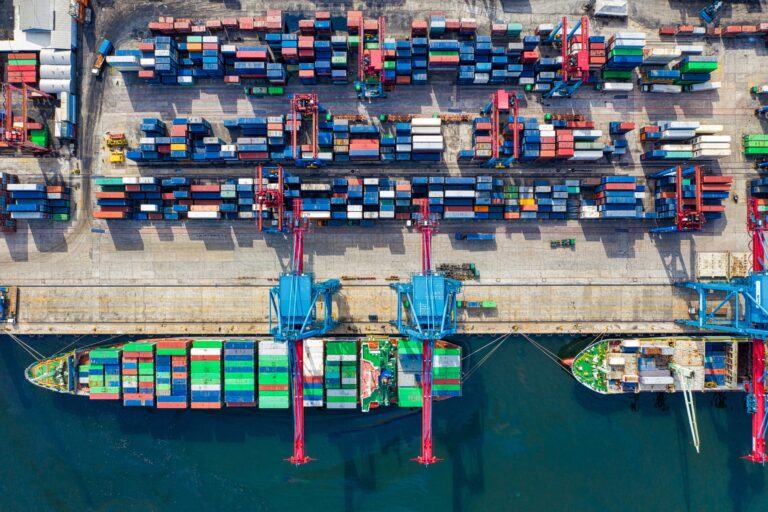 Importers and clearing agents can expect longer delays and higher prices in clearing their cargoes, as two federal government departments, the Nigerian Navy and the Standards Organisation of Nigeria (SON), which were booted out of the seaport many years ago, are trying to return.

The Nigerian Navy was kicked out of the port about 30 years ago, and the SON was kicked out ten years ago by the Federal Government in order to lower the cost of doing business at the ports. Despite the order to exclude them from the port, the majority of the agencies devise numerous schemes to return.

Seaports are seen as attractive locations for government officials to make fast money. Many of these authorities advocate for port assignments. However, their activities trigger delays in container clearing and contribute to the port’s still high operating costs. In 2018, Hadiza Bala-Usman, the Managing Director of the Nigerian Ports Authority (NPA), criticized government agencies for cargo clearance delays. The Nigerian Navy and the SON, on the other hand, base their arguments for returning to the seaports on the need to safeguard Nigerian customers and to reduce the proliferation of small weapons.

Vice Admiral Awwal Gambo, the Chief of Naval Staff, stated that the navy will return to the ports 30 years after leaving the mission of tracking incoming merchandise and individuals to Nigerian Customs and Immigration Services officials in order to correct the anomaly at the seaports and effectively protect the country’s sea boundaries against the flood of light arms. “We also realized that weapons are circulating indiscriminately and their consequences are devastating,” the naval chief said during a webinar to mark the 100 days of service chiefs in office on Wednesday. As a result, rather than being a zero-sum affair, our attempts to fight their spread must be regarded as adding to the greater good. We are compelled by the reality that destroying and neutralizing terrorists as arms continue to pour in would be futile. This is because all Nigerians must respect the right to life and the right to live in peace and equality in different forums.” The navy is collaborating with the Nigerian Ports Authority (NPA) to create port commandants at seaports, according to him.

The Nigerian Standards Organisation (SON) stated that its return to the seaports would assist in the control of substandard goods entering the nation. “We are expected to ensure that the borders and ports are adequately controlled, and in doing so, we shield the nation from substandard goods,” SON Director General Farouk Salim said. One of these methods is to ensure that SON employees are present at the country’s ports of entry, especially the Lagos port, where the majority of products enter the country. “If we are permitted to operate at the point of entry of these products, our people will be effective, but we are not allowed at the ports right now.“ They sometimes encourage us to inspect products, but this should not be the case, since SON should not depend on the generosity of other organizations to carry out its mission.”

Several stakeholders, on the other hand, criticized the two agencies’ plans to return to the nation’s gateway. Prince Olayiwola Shittu, the immediate past National President of the Association of Nigerian Licensed Customs Agents (ANLCA), said SON’s return to the country’s seaports will boost the cost of doing business at the ports even further. Customs has been invited to invite every government department whose activities require clearance as the lead agency. If you don’t have the SON’s credential, Customs can not ready the Pre Arrival Assessment Report (PAAR), which is the first step in the clearance process. Meanwhile, the same SON is on the Customs website, where they do their own action and block freight that is supposed to have a certificate but hasn’t been released. But, if they will block, as they have, can being in the port impair their blocking, or can their employees now rely on participating in all examinations solely to benefit themselves? “They have been in the port before and the same situation is always occurring, and the reason would still be that the importers are not complaining,” says one government official. All who properly declare themselves endure worse than those who do not.” Rev. Jonathan Nicol, President of the Shippers Association of Lagos State (SALS), also criticized the Nigerian Navy’s decision to return to the port. “Nigeria Customs is paramilitary and is tasked with opening containers for inspection, and I am certain they are up to the task,” he added.

The Nigerian Navy should be worried about our territorial waters and the Gulf of Guinea, where the nation faces numerous security challenges.“ Why will they continue to contribute to the workload as we still have government authorities at the port doing almost the same thing, making it impossible to exit cargoes from the seaports? “We can focus on the coastal waters where piracy is supposed to be combated. Also, I suspect that the majority of small arms and weapons enter through fragmented boundaries rather than through seaports, due to the difficulties of conducting a complete inspection. “We don’t require another department at the port since the operations of government agencies at the port are still overburdening shippers who own cargoes arriving in Nigerian seaports.”

Frank Ogunojemite, the National President of the Africa Association of Professional Freight Forwarders and Logistics in Nigeria, said that, in his opinion, Navy staff at seaports will not fix the problem of the influx of light and small arms into the region. “In addition, the government can work with countries of origin since most containers are busted as a result of knowledge provided by the country of origin. “Also, what’s the deal with the seaport scanners? They can be employed by the government as well. They should let us know when they buy scanners. We should start using the scanners, and they should work properly,” he added.