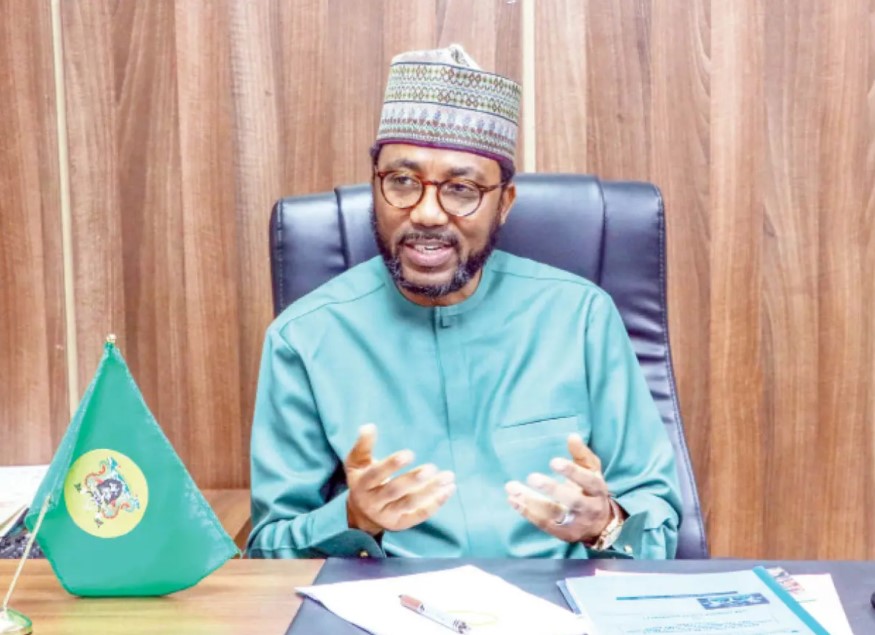 Mr. Mohammed Bello Koko is the acting Managing Director of the Nigerian Ports Authority (NPA) since May. In this interview, he speaks about how NPA is improving efficiency in ports operations, tackling gridlock, among other issues.

You have headed NPA for some months, what are the most challenging tasks?

The most tasking for me is the Apapa gridlock. That is a problem that has defiled solutions for five to ten years now. For me as an individual, priority needs to be given to our export cargo. So, one of the major challenges is how to solve the gridlock in Apapa. One of the first executive actions I took when I was appointed was to visit the Tin Can – Apapa corridor to ensure that the right things are done, the right infrastructure is deployed and we are getting there gradually as the traffic is reducing.

What has NPA done to ease gridlock at the ports’ access roads?

Some time ago, NPA was using a manual manifest and call-up system which was not very effective because of human interference. That was the reason ETO, electronic call-up system, was brought up to ensure the scheduling of cargoes, ensuring the smooth inward and outward movement of cargoes from the port. The company, TTP (Trucks Transit Parks Ltd) was given Lillypond terminal from where they should operate. The idea was that all trucks coming in are supposed to move from trailer parks to Lillypond then to the port. They were supposed to have deployed some physical and electronic infrastructure but that was not done fully. When I was appointed, I gave them an ultimatum to ensure that those items are installed as quickly as possible and I can assure you that there has been more deployment of assets by TTP.

A major hindrance to the success of ETO is the road. The Tin Can corridor is bad. We have had discussions with the Federal Ministry of Works and Housing to ensure that the construction company deploys its assets to start construction around that area.

We have also complained about multiple checkpoints by government agencies, which we have tried to reduce because it is bringing a lot of extortion and creating a lot of traffic. The final issue is the stakeholders themselves; they need to buy into this. I keep saying that the worst of ETO is better than the best of the last system that we were using.

We have started the implementation of all the SOPs (Standard Operating Procedures). We had a meeting recently and mandated that any truck park that does not meet the installation of CCTV, bollards, proper convenience for vehicle owners and drivers and if they do not have the automated gate system, we would delist them because the idea is for the truck parks to be dovetailed into the ETO system. As at our last meeting, the decision was to give them a maximum of two weeks. For ETO to work properly, there has to be multiple trailer parks.

How are you handling the human interferences said to be causing the gridlocks?

What we have observed is interference by government agencies and the stakeholders themselves. Rather than pay the ETO ticket they find a way to bring in military men. You find out that at night, military men escort vehicles (we call them flying trucks at night), which is sabotage. The other one is the area boys; they are involved in extortion and find ways to divert these trucks. We discovered a building not far away from Apapa port whereby you can go in there and get a number plate printed in less than 20 minutes and this number plate can be used to get an ETO ticket. We have told the security agencies; they have raided the building and investigations are ongoing. So, we are moving from the normal ETO that has digits to QR codes that are difficult to fake. We have had issues with NPA staff being involved and we are taking action.

How supportive is the state government?

Traditionally, that relationship has been there. The two ports here account for over 70 percent of the cargo coming in and going out of the country, so for national interest and also out of necessity, we have had a very good relationship with Lagos State Government.

How are you encouraging the usage of other ports?

What we did first was to provide pegs for shipping lines, in terms of rates payable for ports at Calabar, Warri and Rivers. We gave most to Calabar and Warri. The idea here is to encourage shipping lines to take their vessels into those locations. We expect that if a shipping line is paying less, the importers would also pay less to the shipping company. That has worked a bit, we also specified the kind of vessels that would come in and get those discounts. But the usage of those ports depends on the importers; you cannot force an importer to take his goods to Onne, Calabar or Warri. Some of the issues revolve around the roads; one can import to Calabar and bringing it back here becomes difficult. We had to write to the Ministry of Works for the reconstruction of Ikom Bridge to encourage people to use Calabar Port. Calabar Port is the nearest to the Northeast; you can also move goods from Calabar to neighbouring states. The problem with Calabar port is that it has the longest channel in Nigeria and dredging that channel is very expensive.

What will be your ideal NPA in five years?

I look forward to a renewed NPA with better automation, more marine equipment. An NPA with newer port facilities, which I believe will be achieved. We believe that the new Lekki Deep seaport will come on stream by the second quarter of next year. The proponents of Badagry Sea Port are more serious and have seen the urgency to move forward. We have a 25-year port master plan which will soon be completed. In five years, we are going to have an NPA with better facilities, more marine equipment, providing 24 hours services, a more robust IT infrastructure deployment and less human interference.

In five years, we will be getting back some of the cargo traffic we lost to other countries because of inefficiency. The Lekki deep seaport will be able to take bigger vessels so this idea of mother vessels staying somewhere in Lome will stop because those big vessels can berth in Nigeria.

And that is just for the first phase of the Lekki deep seaport. By the time they conclude it, we would have bigger vessels coming into the country. Imagine if Badagry comes in by then.

Under your watch, how is the NPA tackling cases of corruption?

NPA has always ensured that the issue of corruption is addressed strictly and seriously. We are one of the first agencies to sign in with Budgit, to have an open budget system over time. We also signed with the Action Group Against Corruption; we have a department responsible for addressing issues concerning corruption. Also, we are more open and the best that I will do is to ensure openness and ensure strict compliance to rules and regulations, policies of government also. If we find any of our staff engaged in corruption practices, we have penalties and sanctions spelt out.