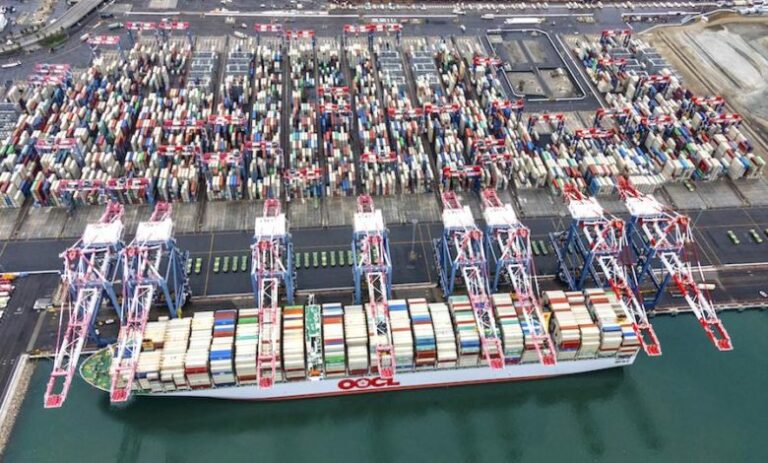 In a year that has felt like one long Christmas for liner operators, a bumper end of year bonus is materialising to cement 2021’s position as the greatest period of earnings in the history of the sector.

Spot rates, which had shown signs of plateauing over the past five weeks, are now heading northwards again, breaking into new record territory, as are figures for longer-term contracted business.

Container spot rates on the Shanghai Containerized Freight Index were up 1.8% to 4,811 points last Friday, an all-time high for the index, while Drewry’s World Container Index was also up last week, reversing declines seen over the previous month.

Lars Jensen, CEO of container advisory Vespucci Maritime, commented via LinkedIn that the shape of the SCFI’s graph gave him a sense of deja-vu.

“Following a large hike in rates up to Chinese New Year 2021, rates did decline for a short while only to then rocket further on upwards over summer 2021,” Jensen wrote, adding: “Then there was a second break after Golden Week 2021 where rates once more declined. But now we are again setting new records. It appears likely this might continue until Chinese New Year 2022.”

Analysts at Danish liner consultancy Sea-Intelligence predicted over the weekend: “Rate levels once more are on the upwards move, and they are likely to continue upwards as we are getting into the ramp-up towards Chinese New Year. If one was to believe normal seasonal patterns, we might see a slight reprieve right around Christmas, however, nothing in the current market can be construed as normal.”

The 10 leading publicly listed container shipping lines are on track to earn a record $115bn to $120bn in profit in 2021, Alphaliner predicted earlier this month.