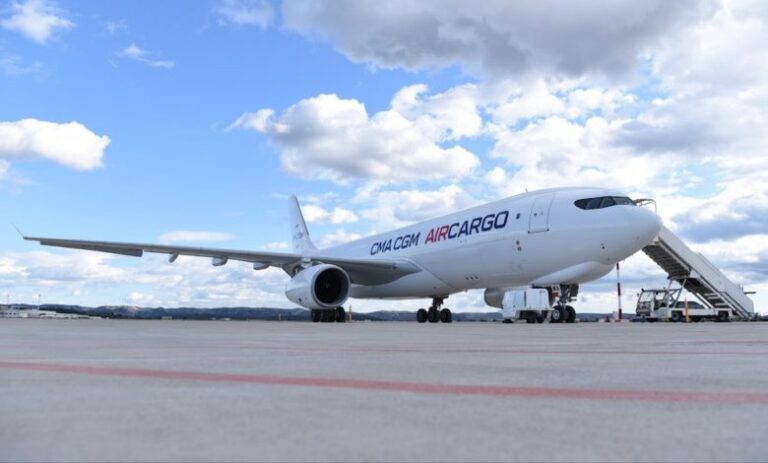 The rapid transformation of French transport group CMA CGM has taken another major step today with news the Rodolphe Saadé-led company will invest in Air France-KLM, joining forces in the air cargo domain.

The agreement will have an initial duration of 10 years. Air France-KLM and CMA CGM will join and exclusively operate the full-freighter aircraft capacity of the respective airlines consisting initially of a fleet of 10 full-freighter aircraft, and an additional combined 12 aircraft on order. This new commercial partnership also covers Air France-KLM’s belly aircraft capacity, including over 160 long-haul aircraft.

CMA CGM, which posted a net profit of $18bn last year, also said today it would take up to 9% of Air France-KLM’s ex-post share capital.

Saadé, the chairman and CEO of CMA CGM, said: “I am very pleased with this strategic partnership with Air France-KLM. It allows us to significantly accelerate the development of our air division, CMA CGM Air Cargo, which was created just over a year ago, and to position our two companies among the world’s leading players in air freight.”

Saadé said the partnership is fully in line with CMA CGM’s strategy and ambition to become a leader in integrated logistics.

Airplanes are increasingly the must-have bolt-on for cash-rich containerlines, the billionaires of the transport sector, making more money than Facebook, Amazon, Apple, Netflix and Google.

The Aponte family-controlled Mediterranean Shipping Co (MSC) tied up with Germany’s Lufthansa earlier this year to look at a bid to acquire the majority of Alitalia successor ITA Airways, while last month A.P. Moller-Maersk decided to heap its aviation offerings into a new brand, Maersk Air Cargo.