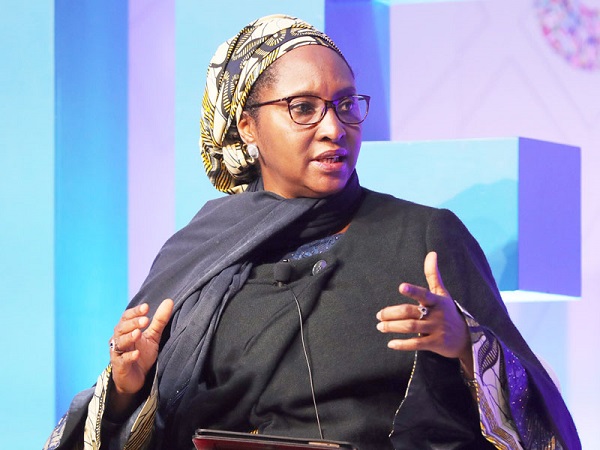 The Minister of Finance, Budget and National Planning, Zainab Ahmed on Monday told the House of Representatives that the company awarded the e-Customs contract in 2017 lacked the technical capacity to execute the project while also breaching some provisions of the contract.

In a presentation to the joint committee on Customs and Excise, Finance as well as Banking and Currency, the Minister, who was represented by the Director of Home Finance, Stephen Okon, said the Federal Government found out that Messrs Adani Nigeria Limited, which was awarded the contract by the Technical Committee on Comprehensive Import Supervision Scheme (CISS), leased the contract to another company named Adani International Limited based in the UK and registered four months after the contract was signed.

She said after the cancellation of the contract, Adani Nigeria Limited filed three different suits against the Federal Government alleging breach of contract, adding that the lawsuits, which are yet to be decided by the court are holding back the commencement of the project.

“There is no doubt, the pending cases are impeding the commencement of the e-Customs project. In order to pave way for the take-off of the project, the Ministry is liaising with the Office of the Honourable Attorney General of the Federation to ensure that the arbitration is speedily concluded. This we believe could settle all the pending matters and allow the e-Customs project to commence without further delay,” the Minister said.

Also speaking, the Comptroller General of Customs, Hameed Ali, said Adani Nigeria Limited should not have been awarded the contract in the first place and should be facing prosecution for giving false information to the government.

Ali, who was represented by an Assistant Comptroller-General, Galadima Saidu, said that the matter had been previously heard and dispensed with by the House, wondering why it was being reopened.

He said the contract with Adani Mega System Limited had been terminated.

“Adani Mega System Limited was to build, operate and own scanning services infrastructure at designated ports across Nigeria, without consultation or knowledge of the Federal Ministry of Finance or Nigeria Customs Service. This information was leaked to the Service by a whistleblower who was introduced to the NCS by the House Committee on Customs, backed with relevant documents.

“Consequently, the Chairman of the committee was invited by the Comptroller-General of Customs and after a series of discussions, he was made us realise that the committee being a non-juridical person lacks the capacity to enter into any legal agreement.

“Furthermore, investigations carried out by the Service revealed that Messrs Adani Mega Systems Limited outsourced the agreement to an unauthorised third party Adani International Limited (UK) registered four months after the agreement was signed and the company had since been dissolved. Therefore, the assertion by Adani Mega System Ltd that its international partner has a proven track record, capacity, expertise and competence to execute and operate within the project field covered by the agreement was false and misleading.

“It was upon the realisation of this misrepresentation that the committee on CISS cancelled the agreement entered into with Messrs Adani Mega Systems Limited, via a letter Ref: TED/DIR/GAM/GEN/Ol/OZS dated 18th September 2017. It is worthy of note also that the House of Representatives Joint Committee On Finance, Customs and Public Petition passed a resolution suspending the concession agreement on e-Customs pending the outcome of an investigative hearing. The hearing was conducted and the committee vides a second letter NASS/9/CHR/2019/JOINT/002 dated 20th December 2019 stating that after due consideration of the process towards the award has found no breach in the award of the contract for the e-Customs project.

“They, therefore, advised that the contract agreement should continue pending the ratification and adoption by the full House when the report is laid before it.

“The then joint committee had diligently investigated the award of the e-Customs modernisation project to a consortium made up of two companies who have complied with one of the requirements in the letter of award by jointly registering a special purpose Vehicle known as E-Customs HC Project Limited and also reviewed the responses received from the consortium, the public and relevant stakeholders on fundamental issues bordering the capacity of the consortium to deliver and their compliance to the Procurement Act 2007.

“The findings of the then joint committee also showed that there was strict compliance to the Procurement Act 2007 and that the consortium that was selected exhibited high technical expertise and financial capability to execute the project.

“After due consideration of the process of the award, the joint committee found no breach since none of the extant laws was subverted. Hence, the committee recommended that the agreement be finalised and the consortium awarded the contract

“It is therefore curious that the same House is raising the issue over again,” the Customs chief said.