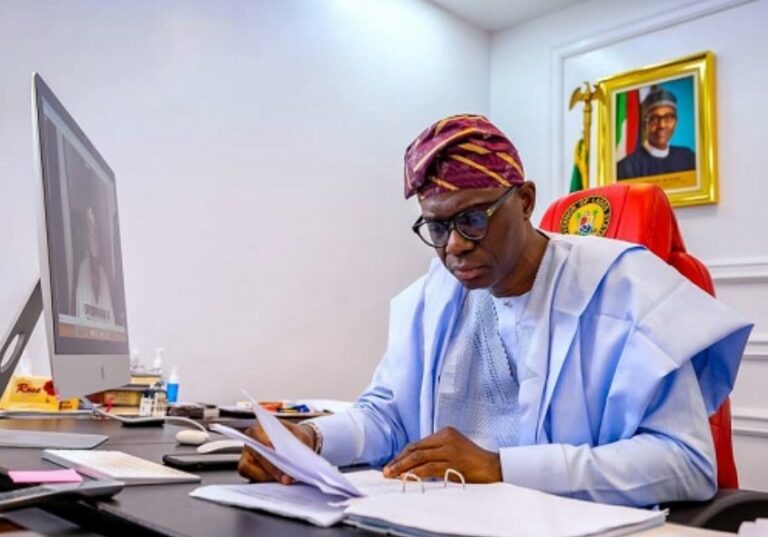 Lagos State Governor, Mr. Babajide Sanwo-Olu says the construction of the deep seaport in Badagry would start in June 2022 as soon as the state is granted ratification by the Federal Government.

Governor Sanwo-Olu gave the assurance during a recent stakeholders’ meeting and community engagement on the Badagry Deep Seaport project at the Administrative Staff College of Nigeria (ASCON) Auditorium in Topo, Badagry.

The Governor who assured the people of Badagry that his administration is determined to push development to the Badagry axis of Lagos State reiterated the government’s readiness to compensate residents for economic losses on buildings, ancestral lands, farms and sites as a result of the deep seaport.

He said “we want to deliberately push development to this axis. The Badagry Deep Seaport is not just one project; it is a multi-level opportunity for progress for all the people of this state. This is in view of the volume of trade and quantum of investment opportunities that would spring up in the area when the project commences. Very importantly, employment and capacity building for the teeming youth and women in the affected communities will be prioritized.

“About 10 years ago during the administration of one of my predecessors, Mr. Babatunde Raji Fashola, this seaport project, which is the reason we have organized the today’s community engagement was conceived as a flagship project that when fully operational, would not only boost the fortunes of the people of Badagry but also transform the entire economy of our state and that of the entire West African sub-region.

As you are all aware, when completed, this deep seaport will be the second in the state after the one at Lekki, which is projected to be commissioned this year. It is expected that with these two deep seaports, we will experience significant relief from the difficult challenges being experienced in the Apapa axis as a result of the activities at Tin Can port which has been overstretched beyond its installed capacity.”

The Managing Director of the Badagry Sea Port Limited, Mr. Didi Ndiomu, said the Badagry Deep Seaport will be developed in four phases under a public-private partnership arrangement that includes the supporting roles of both Lagos State Government and the Federal Government of Nigeria through the Federal Ministry of Transportation, the Nigerian Ports Authority as well as other relevant government agencies.