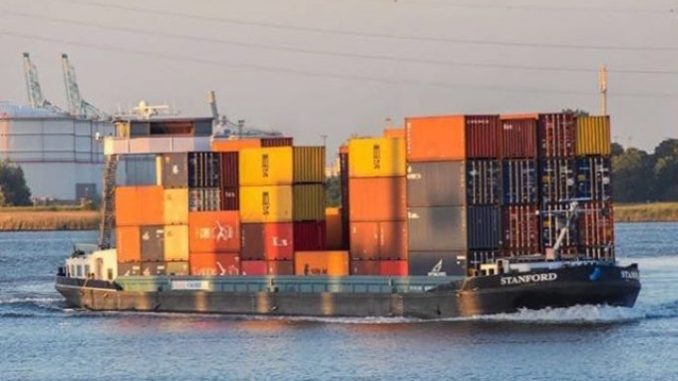 Container lines are shaking up Europe’s waterways as they bypass barge operators to operate their own inland routes to service their demand for empties.

One source told The Loadstar two of the big five container lines, with unconfirmed rumours suggesting 2M partners Maersk and MSC, had already begun operations, with three trips over the past 10 days moving between 4,000 and 6,000 teu of empty containers.

The source said: “One out of every two containers moving from Europe to Asia is empty. Many of these in Belgium and the Netherlands are held at inland sites and getting them back to ocean terminals has proved a nightmare.”

Initially, carriers had turned to barges as a form of “buffer storage” to avoid sending empties further upstream, the vessels holding around 400 teu close to ocean terminals.

But with the number of empty containers scattered around Europe continuing to rise, this led to carriers leasing vessels directly from barge owners, believing this would make it easier to evacuate their overfilling of off-dock depots.

The source said: “Ocean carriers are not geared to operating inland navigation, but this emergency usage is making them consider it very carefully. I know at least one of the carriers to be in negotiations with barge owners about extending this agreement further still, and looking to make it a more permanent affair, thus giving them greater control of supply chain flows.”

Hapag-Lloyd is one carrier not using leased barges “at the moment”, a spokesperson told The Loadstar, but the source suggested it would be wise for it to make the switch, adding that one carrier “desperately” seeking space for 500 teu of empties was only offered 15 teu by a barge operator prioritising pre-existing clients.

“Vendors cannot guarantee space; they cannot guarantee they will get it there on time, as the terminal will only handle the barge when it has space,” the source explained. “This means the shipping line is reliant on an unreliable process and, even if it gets the space on the barge, that barge may not be handled in time for the ocean ship’s departure.

“If the carrier leases the barge directly, the terminal has to service it… it becomes a key customer.”

The Hapag-Lloyd spokesperson denied it was the carrier struggling to get capacity on inland services and added: “We are working very well with our vendors and cannot understand exactly where the statement comes from that we are struggling to get empties out of off-dock depots within Benelux.”

Despite the tighter grip on supply chains for the carriers such a move would entail, the source would welcome such an incursion, believing it would “shake-up” terminal operators’ treatment of barges.

The source described Hutchison ECT, for example, as a terminal operator that “continues to make difficulties” for barge services, and compared it unfavourably with previous operator APMT.

However, Hutchison told The Loadstar: “We do not recognise ourselves in these remarks”.