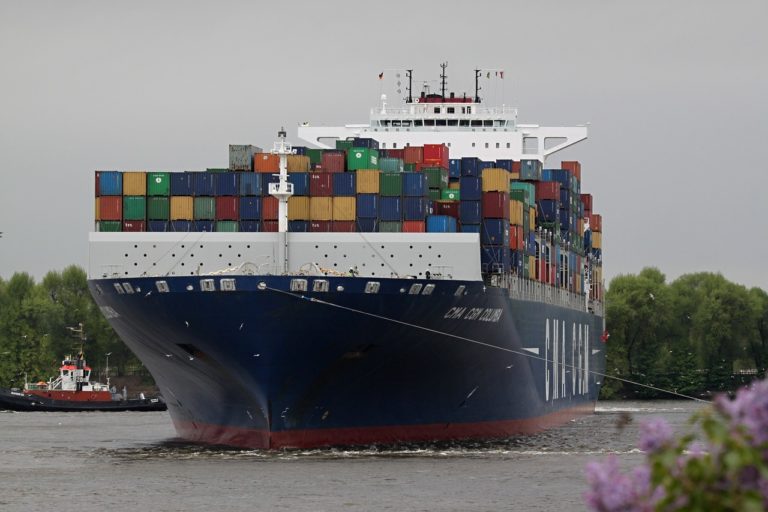 The container ship segment has exploded over the past couple of months and along with it, so has demand for container carriers. According to Intermodal’s latest weekly report, “in its latest Global Economic Prospects report, the world bank recorded the strongest post-recession global growth in 80 years, but emerging and developing countries continue to fall behind due to shortages of anti-crown vaccines. The bank raised its forecast by 1.5 points to 5.6% for global growth in 2021 with China touching 8.5% and the US at 6.8%. Europe has been lagging the stimulus momentum of the US, but recently they made a decisive step with the European Central Bank President Christine Lagarde advising investors to prepare for a new guidance on monetary support in 10 days and heralded the possibility of new measures for next year to support the eurozone economy after the current bond emergency program expires. Speaking on Bloomberg TV, just days after the ECB raised its inflation target to 2%, Lagarde said there would be some interesting changes”. 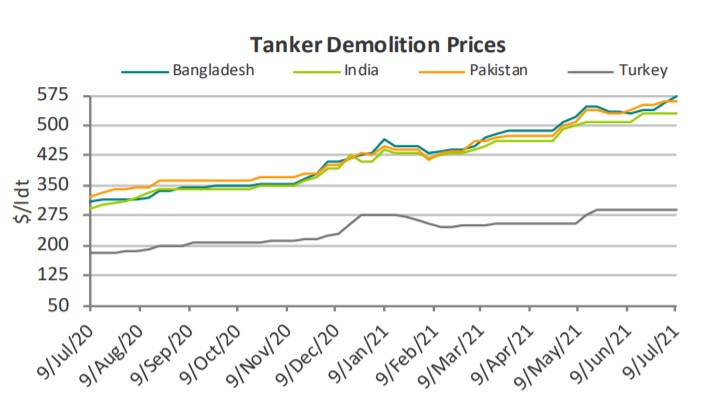 According to Intermodal’s SnP Broker, Mr. Zisis Stylianos, “the West has been a major driver of demand for containers trade so far in 2021. Supply chain bottlenecks have sent shipping costs at record high levels on containers with bulkers following with freight rates reaching more than decade highs. The shortage of raw materials has pushed up prices and importers are raising the cost of goods, fueling fears of an inflationary spiral”. 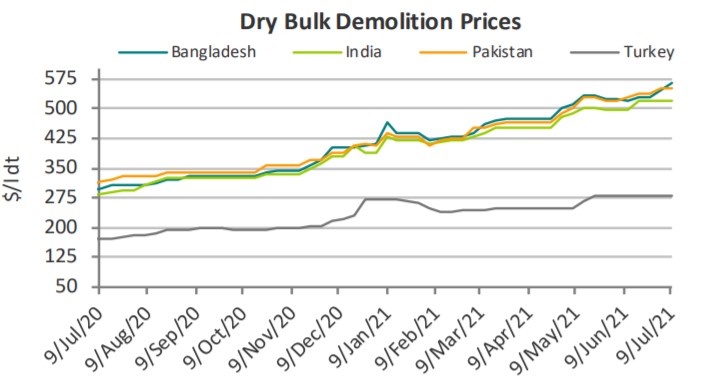 Stylianos adds that “as freight rates have skyrocketed, containers orderbook has increased sharply at approx. 21% of the fleet, the highest level since Q4 2015, while the SnP activity on the sector has increased to the highest level ever recorded for 1H – with more than 300 transactions recorded. Despite the increase in transactions and the 100% to 200% spike in asset values particularly for intermediate TEU units since the beginning of the year, the market consensus is that there is more room to go. Until more vessels’ supply hits the market from 2023 onwards and/ or when current shortages rebalance with demand normalizing, it looks like container owners have an extended runway to take advantage of the upside. Depending on the trade growth scenario over the next years, fleet additions across shipping sectors are expected to rise accordingly and dictate the pace of asset values evolution amongst other factors”.

“The BIMCO ICS Seafarer Workforce 2021 report has elaborated on 3 commercial fleet development scenarios, with low, stable and higher growth. In the low growth scenario, there will be an average of 567 ships entering the fleet each year, a significant decrease from the average of 955 ships in the baseline scenario. In a scenario of stable growth, the fleet will grow at a slower pace and is expected to have a compound annual growth rate (CAGR) of 0.75%. If world trade is better, the global fleet is expected to exceed 80,000 ships in 2025, with an annual growth rate of 1.75%. BIMCO says the course of the fleet also depends on the course of world trade”, Intermodal’s analyst concluded.
Nikos Roussanoglou, Hellenic Shipping News Worldwide