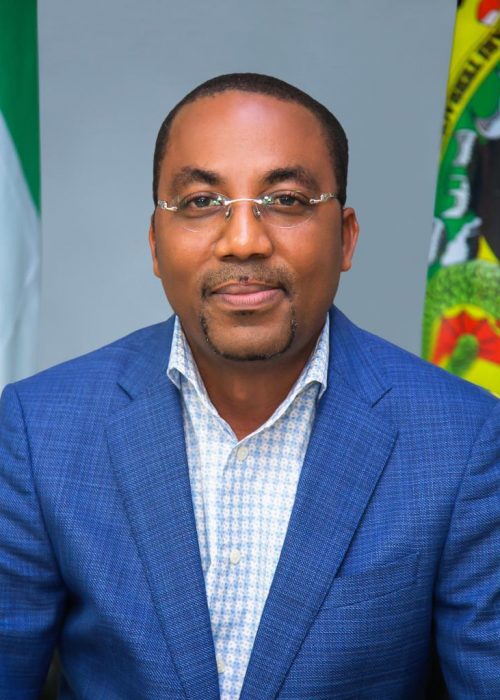 The Nigerian Ports Authority (NPA) is taking stringent measures to tackle unwholesome tendencies in maritime business to entrench confidence in the system by redeployment of security officials that had stayed for a long time on their beats, acting Managing Director, Mr Mohammed Bello-Koko, has said.

According to Bello Koko, “What we have discovered is that there are security officials that have been working within the area we call the red zone, which is the Tin Can, Apapa area, for four, five or six years, and they are still there.

“We have requested that they should be posted out of that location and a new set of people that will actually and truly work for Nigeria taken there.

“We have had cases where we tried to establish proof of the people that were said to have been extorted because you need to have proof, but there is none.

“So, what we have now done is to look at how many checkpoints should be on the roads. We held a meeting with all the security agencies about three weeks ago and agreed to set up a team and identify how many checkpoints we should have along with that corridor.
“If we identified six checkpoints, for instance, it means that when you wake the next day and you find 16 checkpoints, that means there are 10 illegal checkpoints.

“It was also agreed that it is only right that any of the security formations, be it LASTMA, Police, Army or NPA, that is posting security operatives to the checkpoints, should have the names of officers posted to each checkpoint. We believe that if we do that, and there is proof of extortion on a certain date, at a certain location, then we should be able to know the officers involved in it.

“But the interesting fact in all of this is that things have evolved now. You now have area boys they call ‘ECOMOG boys’, who do the collection for them. A few weeks ago, it was even more like a battle on who extorts at which location. They stand by the side and extort while others are by the side waiting to receive their share.
“Let me also state this clearly that we have had the cooperation of the Navy, Army, Police and everyone that is involved in this; they have made efforts to tackle every unwholesome tendency. Many actions were taken by the Navy and I thank them for that.

“I know that the Police also took action to reduce the vices, but sometimes you have errant officers that are off duty and they show up in uniforms with guns and perpetrate destructions. At the NPA, we have dealt with security men indicted over unwholesome tendencies. We are doing a lot and shall soon rid the ports of such vices,” he said.
Bello-Koko also spoke on the agonising Apapa gridlock and declared that the
deployment of infrastructure under the Electronic Call-Up system for trucks had eliminated it by more than 80 per cent.

“The fact that the gridlock has reduced by 80 per cent is verifiable. In addition to the deployment of the Eto platform, we are currently promoting multi-modal transport systems through the use of barges for the movement of cargo in and out of the ports. From our observation, this development has tremendously reduced congestion at most terminals, thereby improving ports efficiency.
“The little remnants of the gridlock in some areas in Apapa are due to the very poor state of the Tin Can Port-Mile 2 corridor, which is under construction. When the road rehabilitation is completed, the little traffic you see now will be completely eliminated.

“Most of the road networks on the Tin Can, Cocoa Nut –Mile 2 axis are at various stages of reconstructions and so the eto infrastructure has not been deployed in that area,” he said.

Bello-Koko explained that as part of efforts to deploy the electronic call-up system, about 27-29 truck transit parks were developed across Lagos State with the collaboration of relevant stakeholders, including the Lagos State Government.

“Of this figure, only about eight have fully deployed the eto infrastructure which includes automated gating systems and other Information Technology IT equipment. Apart from some of the challenges we enumerated earlier, which border on human interference, the e-call up has been able to streamline cargo evacuation and truck movements, thereby bringing a level of sanity to the roads in Apapa”.

“The disappearance of the Apapa gridlock could be attributed partly to the new policy on empty containers which compels shipping lines to take at least 80 per cent of their empty containers.

“We monitor this to ensure that they take this number of containers before they sail away,” he said.

Bello-Koko also spoke on other seaports in the eastern part of the country and why importers were not utilising them to reduce pressure on those in Lagos.

“There are many other ports outside Lagos like the Calabar, Warri, Onne and Rivers Ports, but NPA cannot decide for consignees (importers) where they will take their cargoes to.

“We understand that about 70 per cent of the cargoes coming into Nigeria comes in through Lagos. There is a high concentration of industries in Lagos and Ogun.

“It is only most likely that any importer of any raw material that is going to those factories in Lagos or Ogun will actually bring them in through the Lagos Ports.

“But what we have done is to offer tariff incentives in those port locations so that it will encourage shipping lines and importers to patronise them.

“It has started working and we have seen a gradual increase in the tonnage and we are hoping there will be a jump but we are not seeing that jump yet,” he said.