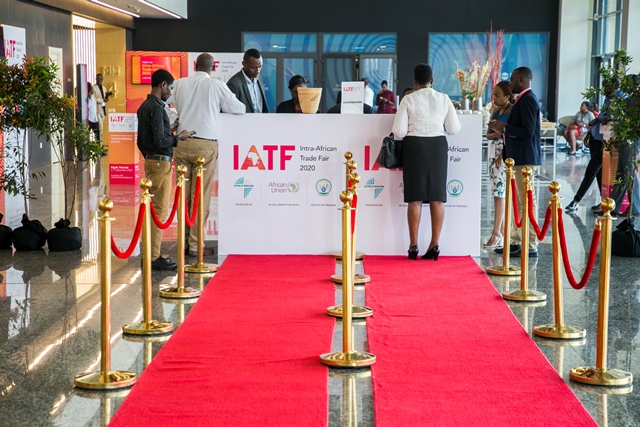 Cote d’Ivoire has emerged as the next host of the Intra-African Trade Fair (IATF) scheduled to take place in 2023.

This was announced by the Chairman of the IATF Advisory Council and former Nigerian President, Chief Olusegun Obasanjo, at the 2021 Intra-African Trade Fair in Durban, South Africa.

The trade fair was attended both physically and virtually.

Announcing the success of the West African country’s bid, Obasanjo thanked the Ivoirian President Alassane Ouattara for putting up a spirited bid in the spirit of opening trade and investment opportunities within Africa and beyond.

He said the opportunity was for Africa in today’s world and in the future.

Obasanjo further said that activities on Nigeria’s pavilion at the fair was very encouraging, adding that “trade is the blood of economic development, economic growth and economic progress.”

He called for trade growth of above 55 per cent.

The News Agency of Nigeria (NAN) reports that South Africa came from behind to take over hosting of the 2021 edition of the traded fair from Kigali, Rwanda after COVID-19 destabilised the country’s preparations for the event.

The inaugural event was hosted in Cairo, Egypt, in 2018, and marked a resumption of the continent’s journey towards a successful self-sustaining trade and investment initiative – the biggest in the whole world since the formation of the World Trade Organisation (WTO).

The Intra-Africa Trade Fair is seen as a vehicle towards the achievement of the African Continental Free Trade Area Agreement (AfCFTA), which came into force on Jan. 1, 2021.

AfCFTA brings together support bedrock of about 1.3 billion people, with a cumulative GDP of about 4trillion U.S. dollars.

Other achievements of the Cairo IATF2018 event included the story of a young Nigerian entrepreneur who participated in the 2018 trade fair, with the support of the Elumelu Foundation.

The young Nigerian was identified by Singaporean investors at the trade fair and now produces drones for agricultural purposes in Singapore.

Another is the deal entered at the event between the government of South Sudan and El-Sewedy Electric of Egypt, which led to the development of a major solar power project in South Sudan.

Also at the first edition of the Continental Trade Fair, the largest intra-African EPC contract for a hydroelectric power project worth 2.9 billion U.S. dollars was signed between the government of Tanzania and two leading Egyptian engineering firms, namely El-Sewedy Electric and Arab Contractors.

The financing was coordinated by Afreximbank with full support from a consortium of African banks.

The project aims at generating 2,100 megawatts of hydroelectric power, representing 42 percent of the Tanzanian goal of generating 5,000 megawatts by 2025, and creating over 6,000 jobs in Egypt and Tanzania.

Close to 11,000 delegates had already signed to attend the Durban fair on the first day, with more than 1,100 exhibitors lining their wares and trade and envisaging signing deals worth more than a 40billion U.S. dollars. (NAN)