Day of the Seafarer: A permanent fix for seafarers as essential workers 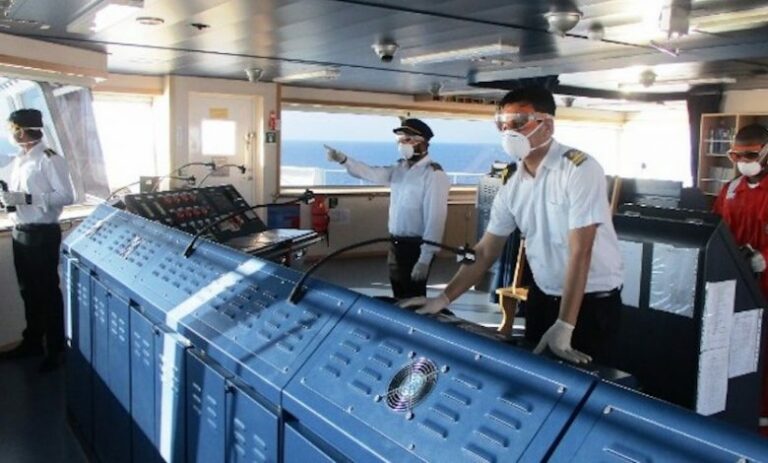 Dr Carolyn Graham, an expert in maritime sociology, gives her take on what the industry ought to be addressing on this year’s Day of the Seafarer.

Another Day of the Seafarer is upon us. This June 25, makes 12 years since the international maritime industry’s initiative to say thanks to seafarers and attempt to publicise their sterling contribution to world trade. Should we expect to see the same narratives? A lot of talk – but what of the actions?

This year the theme from the International Maritime Organization (IMO) surrounds the seafarer’s journey – “Your voyage – then and now, share your journey.” The idea is to focus on seafarers’ experiences, what changes might have taken place as shipping evolved, and what remains critical in terms of the challenges they currently face.

The seafarer’s journey seems to have gone from bad to worse. While many changes have taken place, some for the better, the stories of safety and health violations, wage theft, abandonment, piracy, criminalisation and so on, continue. Even some changes that were supposed to improve the lives of seafarers, seem to have turned against them, such as the paperwork to improve safety.

Seafarers are expected to be safety, security and humanitarian operatives while at sea, and trusted to bring cargo to ports, yet, ironically, in many ways, they are thought of and treated as threats at borders.

As is well known, seafarers are essential to global trade and shipping accounts for 90% of how goods are transported. This alone indicates how essential seafarers are for the efficient functioning of the global economy. They keep landlubbers in business transporting millions of tonnes of the various goods that are needed to maintain life as we know it. A report, by the United Nations Conference on Trade and Development, revealed that for 2021 trade in goods reached a substantial $28.5trn.

Yet seafaring remains one of the most dangerous professions. Many of the challenges that seafarers face result from the nature and organisation of their work, and while individual experiences will vary based on factors such as the type of ship, the trade route, the ship’s flag, the nationality and culture, and many more factors, the evolution of shipping has created some common challenges for all seafarers.

One of the major challenges is movement. The current global pandemic has laid bare the importance of addressing seafarers’ need to cross borders. Seafarers must have access to the shore. They cross borders, perhaps more than any other transnational workforce. They do this when they need to join a ship or be repatriated, when they move cargo and when they have to go ashore for work, respite and/or medical attention.

Recall that measures to contain the spread of the coronavirus led to seafarers being turned away from borders which contributed to what became known as the ‘crew change crisis.’ At the height of this crisis, it was estimated that over 400,000 seafarers were stranded at sea and almost the same number were stranded at home wanting to join ships to earn their living. This treatment, which exacerbated many of the challenges that existed prior to the pandemic, made the strongest case ever, that seafarers need special protection.

While it is recognised that there is the need for seafarers’ movement to be facilitated, the commitment to make this happen, has been less than desirable. The International Labour Organization (ILO) has developed the Seafarers’ Identity Documents Convention (Revised), 2003 (no. 185) which sets standards for a biometric identification system for seafarers. This system should facilitate the easier crossing of borders and going ashore, providing governments agree.

To date (June 2022), only 38 countries have ratified Convention 185, clearly demonstrating that government members of the ILO have not seen it fit to work to alleviate the tremendous challenges facing seafarers at their borders. A crew change crisis might have been averted if this facilitation was in place. The development of relevant protocols to manage the risks of the pandemic would be necessary but having an existing corridor would have made the job easier. This lack of attention is perhaps a testament to the lack of concern and perhaps understanding by those ashore responsible for giving effect to these international treaties developed to address some of the major challenges facing seafarers.

Everybody talks and only seem to act when threatened. When those ashore got anxious over the pending shortages of consumer goods, they began to notice seafarers. They agreed that seafarers should be designated as essential workers. Then again, after much persuasion, a few governments designated seafarers for vaccinations, and later on, others opened their supplies to any seafarer in their ports. While these actions were commendable, they were piecemeal and depended on the generosity of individual States. More than anything, these individual actions pointed to the lack of a single global vision to address the challenges seafarers face.

Seafarers as essential workers are waning with the passage of the pandemic. As borders open and attempts are made to return to normal, the special treatment that some countries afforded seafarers is waning.

This day of the seafarer, instead of talking, the IMO could perhaps join with the ILO and other stakeholders, in the manner they did to combat the challenges of the pandemic and press their member States to ratify and give effect to Convention 185. It could be the launch of a global campaign to encourage and assist countries in developing their systems towards a permanent fix to even this one area of challenge for seafarers. This would be a very important indication that governments are serious about protecting seafarers as essential workers.