Declare Dala dry port as a port of origin and destination, CEO pleads to NSC 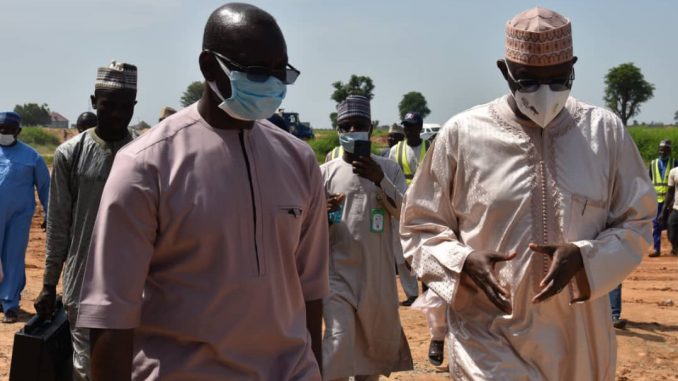 The Chairman/CEO of Dala Inland Dry Port, Abubakar Sahabo Bawuro has pleaded to the Executive Secretary and CEO of the Nigerian Shipper’s Council (NSC), Hon. Emmanuel Jime, to declare the Dala Dry Port, which is scheduled to be completed by November 2021, as a Port of Origin and Port of Destination.

Hon. Emmanuel Jime said the Dala Inland Dry Port, when completed, will serve to decongest the seaports, reduce the cost of doing business and provide an avenue for shippers in the hinterland and neighboring countries like Niger, Chad, and Benin to have their cargoes transported to their doorsteps.

The Dala CEO, Abubakar Sahabo Bawuro, made the plead while appreciating the Kano State Government and Nigerian Shippers’ Council for their roles in bringing the IDP project to actualization during the visit of Emmanuel Jime to the site of the port at Zawachiki in Kano State last week.

He assured that construction at the Dala IDP will be completed by the end of November 2021 and full operation will commence. As part of its continuous Corporate Social Responsibility to the community, the company is constructing a school on the premises for children of the underserved; a project undertaken at the insistence of the Transport Minister, Honorable Rotimi Amaechi.

According to Bawuro, the IDP will attract volumes of economic activities to the State, boost the infrastructural development, increase the Internally Generated Revenue (IGR), and also increase employment opportunities.

Hon. Emmanuel Jime, Executive Secretary/CEO of Nigerian Shippers’ Council, who visited the port on inspection after his participation at the 16th National Council on Transportation, said Dala Inland Dry Port (IDP) will boost trans-Sahara trade developments and indeed AfCFTA and declared the port as a pace-setter for others in the country.

“Kano leads the way as far as commercial activities are concerned, as all the states in the Northern part of Nigeria regard Kano as the commercial hub”. The NSC boss said that the support and partnership of the Kano State Government with regard to the development of the Dala IDP should be emulated by other State Governments,” he said.

The five-day National Council on Transportation is a triennial event organized by the Federal Ministry of Transportation. In attendance were the Commissioners and Permanent Secretaries of the Ministries of transport in the 36 states of the Federation, multilateral organisations as well as stakeholders in the transport sector. 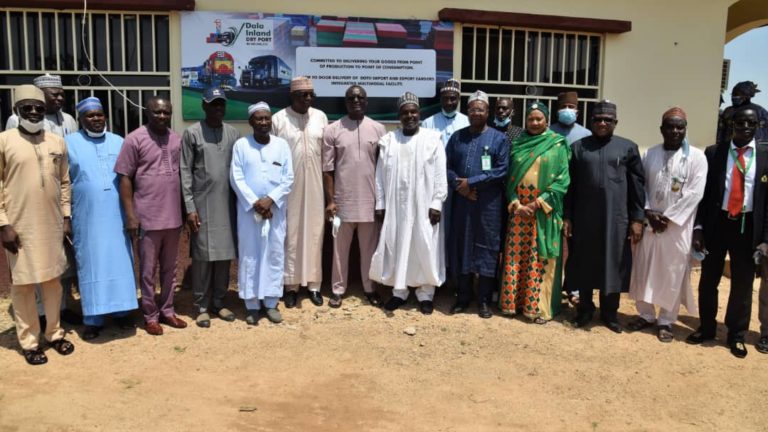