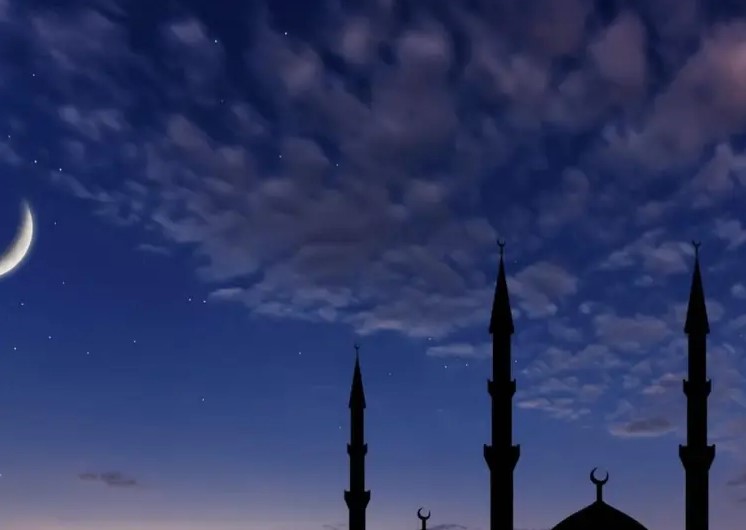 The Holy month of Ramadan marked all over the Muslim world is believed to have been sent down as the final divine message for mankind. Adult and healthy Muslims are expected to abstain from all food, drink, sex or smoke between dawn and dusk each day till the sighting of the crescent moon of Shawwal in 29- or 30-days’ time. The fast is the fifth pillar of Islam and presents great opportunity for believers to come closer to the Almighty Allah.

The main purpose of the Ramadan fast is to teach Muslims self-control and perseverance. Fasting is described in the Holy Qur’an as an act that helps one to become a better Muslim; “O you who believe! Fasting is prescribed to you as it was prescribed to those before you, that you may learn piety and righteousness.”(Quran 2: 183)

Ramadan, the 9th month of the Islamic calendar is considered one of the most blessed, if not the holiest month in Islam. The month of Ramadan culminates in the festive occasion of Eid-ul-Fitr as Muslims thank Allah; celebrating the festival with religious fervour. This month is full of contemplation and celebration as Muslims immerse themselves in reading the Holy Qur’an and spending quality time in prayers and meditation.

Muslims are not only supposed to refrain from eating and drinking during the stipulated time but they are also required to curb all negative emotions like acrimony, anger, covetousness, envy, gluttony and lust. Dishonesty and dubiousness also negate the essence of fasting. Instead, increased charity and goodwill are promoted since they attract rewards in manifolds and improve the condition of the weak and vulnerable in society.

The spirit of sacrifice that is symbolized by deliberately depriving the body of its needs engenders humility, mercy and kindness in the hearts and minds of Muslims. These three great qualities are needed in enormous quantities now more than ever especially now that the nation battles with security challenges that manifests in killings, kidnapping for ransom, abduction and other acts of criminality.

The situation is complicated further by the seemingly intractable economic uncertainties which have made more people poor with the attendant resultant reduction of the quality of life itself. Indeed, the effects of insecurity on the economy generally cannot be overestimated.

Before and even after the Kaduna train attack, killings continue unabated in different parts of the country especially states across the northwest and some parts of north-central with Niger state recording attacks on villages and the attendant killings of residents, almost on a daily basis.

We note with concern that the killings and other security challenges are having an impactful effect on the economy. The hardship this is bringing about is further compounded by the soaring prices of foodstuffs and other necessities. For Nigerian Muslims, this year’s Ramadan will be one with a difference as the average believer will have to contend with insecurity and the rising prices of staple food items.

Though we are a nationwide expanse of arable land suitable for the cultivation of different food crops, bandits’ attacks on some farming communities, especially in predominantly agrarian communities of the north, have made farming near impossible resulting in the current spike in prices of foodstuff.

As Muslims in Nigeria join the over 1.8 billion Muslim ummah around the world to observe this Holy Month, we urge all Nigerians to pray for an end to the current security challenges bedevilling the nation.

In this period of Ramadan, Muslims are expected to reconnect with God and the Qur’an on a deeply intimate level. Interestingly enough, this is the authentic practice of Prophet Muhammad (PBUH)). He would isolate himself for days in a cave at the top of a mountain to introspect, reflect, worship and connect with God.

During the last 10 days of Ramadan, he was known to self-isolate in a spiritual seclusion practice known as “itikāf”. In the time of Prophet Muhammad (pbuh), tarawih night prayers were initially offered in congregation for three days. However, from the fourth night onwards Prophet Muhammad (pbuh) prayed tarawih in his own home, saying “O people! Perform your [tarawih] prayers at your homes, for the best prayer of a person is that which is performed at his home except the compulsory congregational prayer.”

The authentic spirit of Ramadan is one of self-discipline, introspection, self-discovery and self-development. Ramadan during these harsh economic and security situations may seem disheartening at a superficial level. However, this newspaper believes it has arrived at Allah’s own appointed time.

Wishing all our Muslim customers and staff Ramadan Mubarak. May Allah grant you peace and answers to your prayers.

From all of us at AMG Logistics