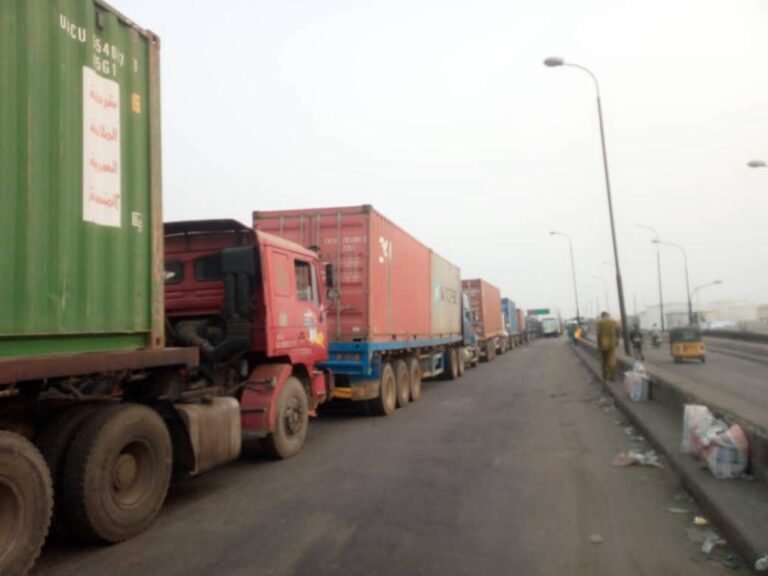 Trucks parked on Ijora bridge, Apapa, Lagos at about 6p.m. on Friday February 26, 2021 in Lagos in defiance of government order to quit the road.

As the Nigerian Ports Authority (NPA) has officially unveiled an electronic call-up system designed to control the movement of trucks in and out of ports, truck drivers have yet to comply with the Directive that all articulated vehicles parked along the access roads to ports should leave the city.
On Thursday, the NPA, the Lagos State Government, and the Port Authority Police Command collectively decided that by 4 p.m. yesterday, all articulated vehicles would be prohibited from entering Apapa and its surroundings, and then by noon today, trucks in and around the port access roads would all be expected to exit the corridors with a stern warning to truck drivers and owners to comply with the resolutions.
The electronic call-up mechanism is part of the NPA’s attempts to find a lasting solution to the issue of truck pollution in and around the ports of Apapa. Under the agreement, all trucks working in the port are forced to park at the eight permitted truck parks before they are called to the port via the “ETO” app.
SHIPS & PORTS have obtained that eight parks are situated in Ojota, Obanikoro, Oregun, Olowotedo Ibafo, Amuwo-Odofin, Orile-Iganmu, and Okorisan Lekki Epe. The parks combined have the capacity to hold 3,000 vehicles.
NPA Managing Director Hadiza Bala-Usman said that the implementation of an e-call system would eradicate human interference and bribery by security officials. 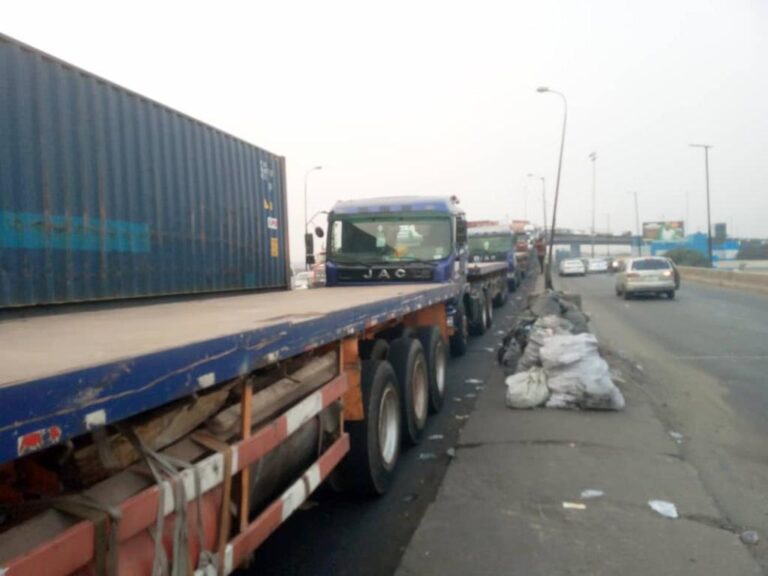 However, in what seems to be a complete breach of the Order, most of the articulated vehicles still occupy main roads to the ports of Apapa and Tin Can Island.
The hardest affected areas were the Ijora and Coconut Axis, along with the port of Apapa and the port of Tin Can Island, respectively, as some of the trucks were already blindly parking on the road, while some that were cut off on the road at the end of the manual truck call-up on Friday were lined up on a single lane from Ijora Bridge to the front of Eleganza Plaza on Wharf Road in Apapa.
When SHIPS & PORTS visited Apapa about 5 p.m. on Friday, officials from the Lagos State Traffic Management Authority (LASTMA), NPA Security Unit, and Port Police were seen monitoring traffic along the Ijora area, but they seemed overwhelmed by the huge number of trucks on the road as they attempted to block other trucks from the Ijora Bridge. There was, however, a bit of sanity around the Lilypond area, as most of the trucks along the axes were evacuated.
Any of the truck drivers who spoke with SHIPS & PORTS shared divergent opinions on the new scheme. 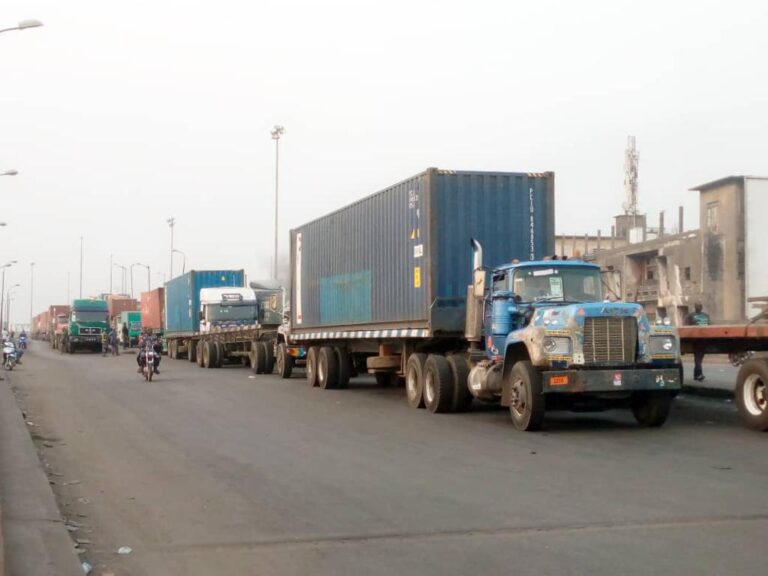 Abdullahi Muhammed, a container truck driver who frequently folds in the ports of Lagos, said he was not aware of the Eto App, calling on NPA to prioritize the repair of port access roads.
He said, “ “I don’t know what the Eto App is all about, because my manager didn’t tell me about it, and I didn’t hear about it from other truck drivers. The NPA did not make this conscious of it.” I know that the authority is trying to find a way to alleviate the gridlock since it is creating a lot of trouble on the route, but I think that repairing the road should be the key priority of the government and not spending resources on constructing an app that will inevitably be mishandled by some cabals of people who will siphon off the revenue they have earned.”
Another truck driver, said Daniel Moses, “I hope the Eto App will be easy to avoid unpleasant problems from security forces that embarrass us on the road and extort us. Because it requires the use of computers, it should be made easy and available to those of us who are illiterate. 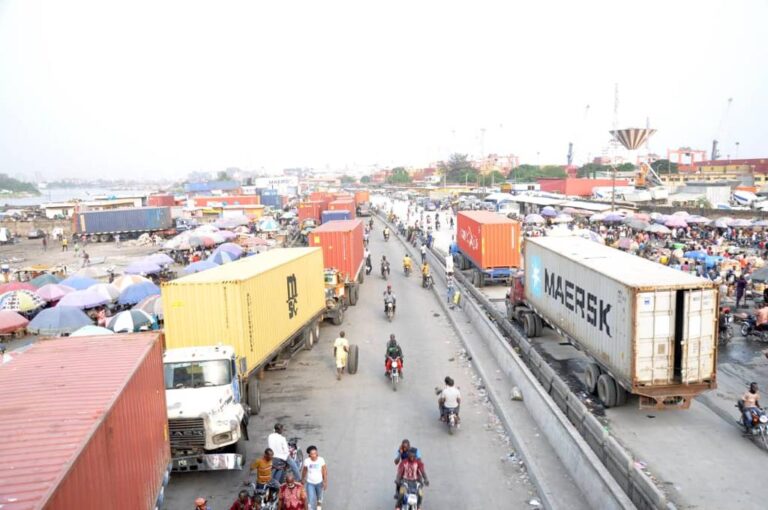 “I would also advise the government to ensure that the application is revised regularly, so as not to place the truckers on hold, thus slowing them needlessly in the park.” Another truck driver, Samuel Udoku, said, “It is a positive development only if it can be adequately supervised by the competent authority. We know how this online stuff works; someone has to control it 24 hours a day to prevent disturbances like a network problem.” I hope that this implementation will give us the result that the government needs, and I also expect that it will make security agencies from extorting us.”