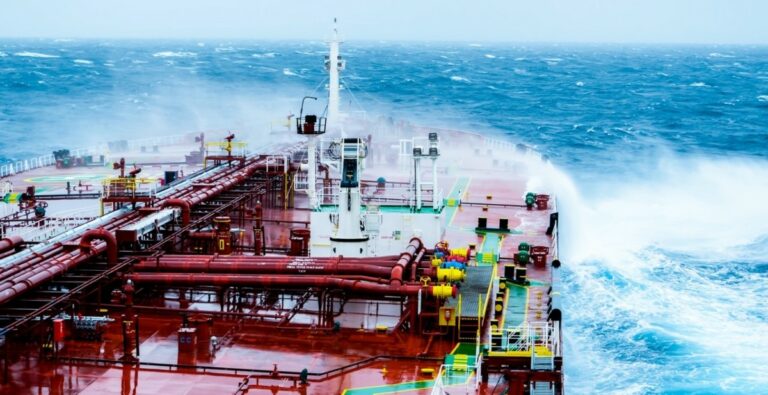 An EU embargo targeting all seaborne imports of crude oil and petroleum products from Russia will disrupt tanker trade flows into the trade bloc by the end of the year.

All 27 members of the EU agreed to a new sanctions package on Monday that included a seaborne trade ban and the removal of Sberbank from the SWIFT international payment system. Sberbank is Russia’s largest bank and is majority state-owned.

However, pipeline supplies to the EU were omitted from the sanctions package. More than two-thirds of Russian oil imports to the bloc arrive by ship, with the remainder coming through the Druzhba pipeline.

Warren Patterson, head of commodities strategy for analyst ING, noted that the ban has been watered down from the original proposal for all Russian crude oil imports into the EU to be banned. The EU has spent a month trying to reach an agreement on the ban, balancing opposition from Hungary and other Central and Eastern Europe (CEE) countries against a total ban with a desire to stop funding Russia’s unprovoked invasion of Ukraine through oil income.

Patterson said that while pipeline flows are exempt from the ban, it is likely that these will still be reduced as both Germany and Poland have signalled that they will work towards reducing Russian flows to zero.
“The exemption of pipeline flows will also likely be temporary,” he added. “The EU will still work towards getting Hungary and other CEE countries to cut their dependence on Russian oil over a longer time period.”

Tanker trade shifts
The EU imports around 2.3 million barrels per day (bpd) of crude oil from Russia – which is about 26% of total crude oil imports – and about two-thirds of these are seaborne. On the refined products side, Eurostat reports that the EU imported more than 800m bpd of gasoil, naptha and fuel oil from Russia in 2020.

A key issue, as Patterson notes, is whether there is enough spare capacity within the oil industry to allow EU buyers to simply switch to other suppliers. OPEC’s spare capacity sits at 4.12m bpd, according to the International Energy Agency. Adding in Iran increases this to 5.4m bpd. A predicted increase in US crude oil output of 840m bpd between now and year-end would further help to alleviate pressure. Both options would rewrite tanker routes and impact tonne-miles.

But Patterson points out that there are question marks around OPEC’s capacity as members have consistently fallen short of production targets in recent months and have been reluctant to offer up spare capacity. He also points out that spare capacity is largely in the hands of Saudi Arabia and the UAE, rather than OPEC as a whole and shifting from one bulk producer to another will simply shift energy dependency rather than solve it.

“We are assuming that OPEC+ will not deviate away from its current production policy of modest supply increases every month,” Patterson said. “So, therefore, the EU will have to partly rely on crude oil trade flows to change. Non-EU buyers who could meaningfully increase their purchases of Russian oil would be India and China. Given that demand from EU buyers will fall significantly over the next six months, there is the potential for even larger discounts for Russian crude oil, providing a strong incentive to other buyers to snap up Russian oil.”

China is a significant buyer of Russian oil importing an average of 1.6m bpd in 2021, 16% of total imports. However, trade data from China for April reveals that imports over the month averaged 1.6m bpd, “so no signs of an increase yet”.

Oil demand
Forecasting oil prices is complicated by the anticipated trend of non-EU buyers taking more Russian oil, Patterson said. “Large discounts should ensure alternative buyers. However, there is the risk that we see the US imposing secondary sanctions on Russian oil. This would make it difficult for any buyers to purchase Russian oil, and so would tighten up the global market even more than we are currently expecting. Although, given that the EU ban is a partial ban, the US administration might hold off from imposing secondary sanctions for now.”

With the EU seaborne imports ban, ING sees Russian supply falling in the region of 3.5m bpd by the end of this year. The EU ban adds to US, UK, Japan, Korea and Canada bans or restrictions on Russian oil. “The market will struggle to fully offset this supply loss, and so we forecast that the oil market will be in deficit over 2H22. However, lower demand growth estimates (due to China’s lockdowns and expectations of lower economic growth) mean that the deficit is more manageable than originally expected,” Patterson said.

“This should see prices coming off from the higher levels we have seen this year.” However, he adds the market will still be “left vulnerable”, particularly if Russian supply losses exceed ING’s expectations and if Iranian supply does not make a strong return over the course of 2023.

But, in conclusion, a gradual ban on Russian oil means that the strength in the market shouldn’t be “as abrupt” as it could have been had with an immediate ban, Patterson adds. Consequently, ING expects prices to trend higher through the course of the year and has upwardly revised its ICE brent crude forecast for the second half of 2022 from $109 per barrel to $122 per barrel. Also, ING has increased its full-year 2023 forecast from $93 per barrel to $99 per barrel. “However…clear upside risks to our 2023 forecasts include potential secondary sanctions on Russian oil and US sanctions against Iran staying in place over 2023.”