EU, US, UK among growing host of nations demanding IMO revises targets to ensure shipping is GHG-free by 2050 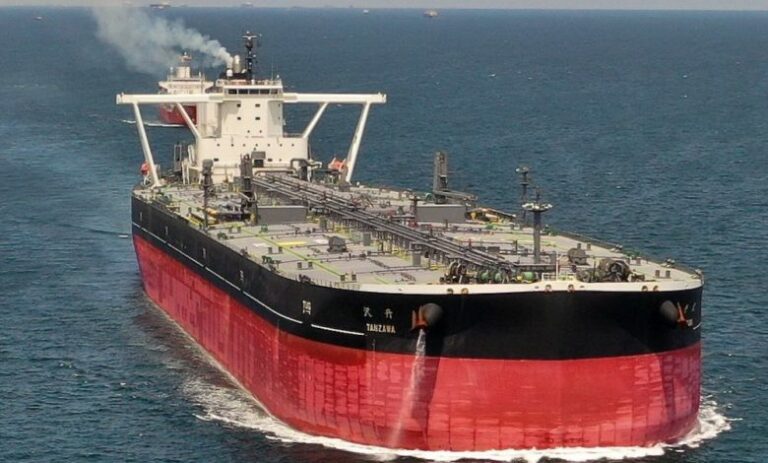 Submissions are flying in ahead of the June meet-up of the Marine Environment Protection Committee (MEPC) at the London headquarters of the International Maritime Organization (IMO) with an increasing swathe of western democracies demanding that the IMO ups its green targets to ensure all greenhouse gas emissions from shipping are phased out by 2050 rather than the existing target of a 50% cut from a 2008 baseline.

In another busy year for the green regulatory calendar, MEPC 78 has been scheduled to take place from June 6 to 10 and MEPC 79 from December 12 to 16 with proposals for both meetings ramming the IMO’s mailbox.

Following on from an earlier submission led by Kiribati, a proposal sent in this month by Australia, Canada, Jamaica, Japan, New Zealand, Norway, Solomon Islands, the United Kingdom and the United States has called for the IMO to revise its 2050 target to ensure shipping is a zero-emissions emitter by 2050.

Currently, the levels of ambition in the initial IMO strategy include peaking GHG emissions from international shipping as soon as possible and then reducing total annual GHG emissions by at least 50% by 2050 compared to 2008 levels.

“There are strong arguments for the Organization to adopt a 2050 target to decarbonize international shipping,” the submission from the US, the UK and others stated, arguing that the sector needed to be brought into alignment with the collective commitments of parties to the Paris Agreement

Admitting there was still much debate over the terminology over zero emissions, net-zero or climate/carbon neutrality by 2050, the backers of the proposal said an exact definition of a 2050 target will need to be decided in the process of revising the initial IMO strategy.

“This will need to be done in such a way that ensures there is no confusion or conflicting interpretation of the target agreed by the Member States. However, what is currently clear is that the science and political perspective converge around 2050 being the year by which international shipping should no longer contribute to climate change,” the document stated.

As an international strategy for sectoral emissions reduction, the revised strategy needs to keep pace with the momentum of the industry, the document sent to the IMO stated, adding that it should respond to and reflect calls for regulatory certainty, to both provide a clear overarching target and ensure that mid-and long-term policy instruments can be developed with an updated and unequivocal target in mind.

There are other important parts of the initial IMO strategy, beyond the 2050 level of ambition that the countries argued should be considered in the revision. These could include strengthening the current 2030 level of ambition and introducing an additional progress checkpoint in 2040.

The document has since been endorsed by members of the European Union, including Greece, home to the world’s largest merchant fleet.

In a submission sent by the 27 members of the European Union this month, the European bloc backed the changes suggested by the US, calling for a revision of the levels of ambition taking into account the latest climate science and the inclusion of a specific date of no later than 2050 to phase out GHG emissions from international shipping. EU countries also gave the thumbs up for the possible introduction of an additional progress checkpoint in 2040.

The two MEPCs this year promise to be far-reaching in terms of their long term shaping of the shipping industry.

Splash reported yesterday on China’s own vision to reduce shipping emissions in the mid-term. A new markets-based measure to cut shipping emissions has been put forward to the IMO by a grouping led by China and supported by Argentina, Brazil, South Africa and the United Arab Emirates.

The proposal, submitted earlier this month, calls for an International Maritime Sustainability Funding and Reward (IMSF&R) mechanism. Its basic concept is to set up the upper/lower benchmark CO2 emissions level for a ship based on its upper/lower ‘C’ rating boundaries as set out in the CII rating guidelines in conjunction with its capacity and actual distance travelled in a calendar year. Then, to collect funding contributions from ships with actual CO2 emissions above the upper benchmark level and reward ships with CO2 emissions below the lower benchmark level.