Exodus of seafarers could add to supply chain disruption in 2022 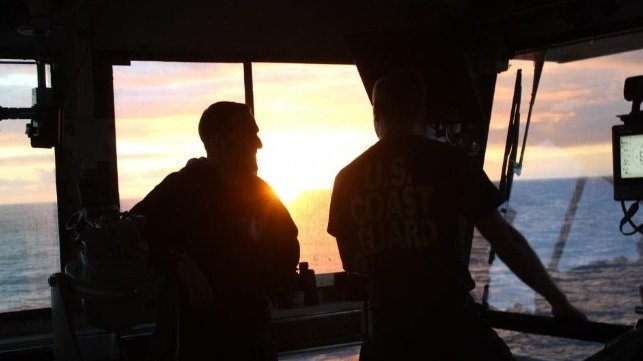 It has been a year of new records for the shipping industry.  Carriers’ profitability during this year was so phenomenal that it favourably compared to that of the four most prominent American tech monopolies, collectively known as FANG (Facebook, Amazon, Netflix and Google)

However, the people behind this tremendous success have been left vulnerable – and sometimes forsaken – by the same industry they power.

Seafarers have faced endless challenges due to the Covid-19 pandemic and its many variants. Arbitrary government protocols aimed at reducing the spread of the virus have resulted in complicating seafarers’ repatriation.

Out of the 1.5 million seafarers serving at sea, barely a quarter are vaccinated, according to estimates by trade bodies. This means that most seafarers face procedural obstacles to crew change in many localities, as governments change immigration policies or close borders due to the omicron surge.

As an example, port facilities in Singapore and China now demand that seafarers have to wait for 10 days before disembarking to avoid importing the virus. They must also show proof of vaccination or are blocked at the border points.

“We have 56 countries tightening travel restrictions with omicron, and some sailors flying out from South Africa were diverted back and quarantined in hotels,” said Rajeshi Unni, CEO of ship management firm Synergy Group, speaking to the Wall Street Journal

As of September, only 60 out of 174 IMO member states had recognized seafarers as essential workers. Even for the states that have granted this recognition, there is still variation in the way that local officials interpret the directive. Many airports, ports and borders points are still not able to assign priority to sailors, and sailors have not been provided with proper priority documentation to facilitate their travel.

Tens of thousands of seafarers are still stuck onboard vessels beyond the expiry of their contracts, but the data shows some signs of improvement. The Neptune Declaration Crew Change Indicator – a regular poll that surveys more than 90,000 seafarers on a monthly basis – indicates that there was a decrease to 4.7 percent of seafarers stranded onboard in the month of December compared to 7.1 percent in November.

The improvement can be chalked up in part to programs offering free vaccination to sailors at major ports, such as Los Angeles, Long Beach, Rotterdam and Singapore. Non-profits and trade organizations like the International Chamber of Shipping have come out strongly to support these initiatives.

The endless challenges facing seafarers in the pandemic era translate into low morale – and signs that many experienced mariners are thinking of quitting the industry altogether.

The Seafarers Happiness Index report for Q3 – released this December by The Mission to Seafarers – includes sombre narrations by crew wanting to abandon their careers in sailing.

“It is said that pain is a great teacher – and sadly, it seems to be teaching seafarers that perhaps a career at sea is not for them. We heard from a growing number of respondents who stated that they will be completing their trip and not coming back, or who are throwing themselves into finding a new job,” noted the report.

This is a warning bell for future hiring prospects of seafarers. According to Bloomberg, Western Shipping Pte Ltd., a Singapore-based tanker operator, said about 20 percent of its nearly 1000 mariners don’t want to get back onto ships. Anglo-Eastern Univan Group has also reported that five percent of its 30,000 mariners have as of last month indicated they aren’t interested in a new contract.

A majority of seafarers abandoning their careers are senior crewmembers, with vast experience and tenure in sailing. This may affect skills transfer to junior officers if business continues as usual. BIMCO, ICS and Drewry report that 2026 might be the tipping point of a coming seafarer shortage, as 90,000 more officers will be required to operate merchant’s vessels.

2022 could as well shape up as another year of supply chain disruption, especially if governments fail to prioritize safe transit of seafarers. It is likely that COVID-19 variants will persist in the near future, and a failure to provide vaccines and access to crew change could create staffing problems – adding to the challenges of the year ahead.