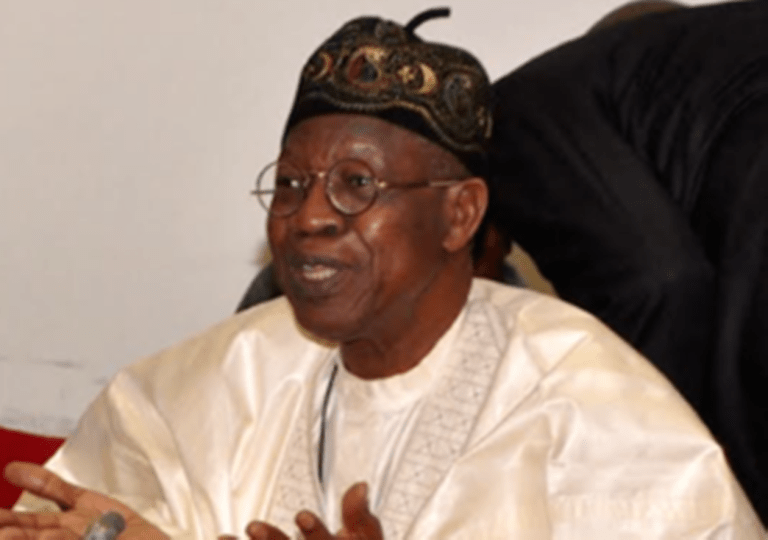 The Federal Government has prohibited the #OccupyLekkiTollGate protest scheduled for Saturday over intelligence report that it will be hijacked and used to destabilise the country. The Minister of Information and Culture, Alhaji Lai Mohammed, announced this on Thursday in Abuja at a media briefing to address issues on the proposed protest.

The News Agency of Nigeria (NAN) reports that some #EndSars protest proponents have given notice of their plan to return to Lagos-Lekki Toll Gate on Feb. 13. NAN also reports that the #OccupyLekkiTollGate flyers have been circulating online, with the proponents threatening that ”Lagos will burn” again. Speaking on the issue, the minister said, while peaceful protests are the constitutional rights of Nigerians, violent protests will not be allowed. “At this time, the chances that any peaceful protest will be hijacked are very high. “Based on the intelligence at the disposal of the Federal Government, some Nigerian activists have linked up with others outside Nigeria, including subversive elements, with a view to destabilising the country. “We cannot and must not allow this to happen. “Never again will the Federal Government allow the kind of violence that was perpetrated across the country under the guise of the EndSars last October. “Never again will anyone or group be allowed to destroy cities or to kill and maim innocent citizens, including security agents, under any guise,’’ he cautioned. The minister warned those planning to re-occupy Lekki Toll Gate on Saturday to desist, stressing that any further resort to violence in the name of EndSars will not be tolerated.

“The security agents are ready for any eventuality. “A situation in which six soldiers and 37 policemen were murdered in cold blood by hoodlums will not repeat itself. “The attack, looting and razing of 269 private and public property will not happen again and the killing of 57 civilians will not be re-enacted,’’ he said. The minister said many of those who have been loudest on social media in advertising the plan to reconvene in Lagos on Saturday were not in Nigeria. He said they were elsewhere around the world fanning the embers of violence and inciting gullible people back home. Mohammed admonished Nigerians not to fall for their antics, adding that government will not allow a repeat of the kind of destruction, killing and maiming wrought by the hijackers of EndSars protests. The minister said the federal government is also keenly watching the role being played by the various social media platforms in the renewed clamour for violence in the country.

He recalled that the social media platforms were used to fuel the destructions during the EndSars protest. He therefore called on Nigerians to learn from the lesson of the past and should not allow people to use the platforms to destroy the country. For those who are using justice as an alibi for the protest, the minister said they should file their complaints at the Judicial Panels of Inquiry set up by Lagos State Government. “Like we have said many times, anyone who has any information on the alleged shooting or purported massacre at the Lekki Toll Gate, including the names and addresses of those who were purportedly killed, should head to the Panel to give it such information. “This is how to enhance the search for justice, not by rabble-rousing or engaging in media shows,’’ he said. He stressed that while the government believed in the constitutionally-guaranteed right of citizens to engage in peaceful protests, it would not fold its arms and watch the country destroyed.