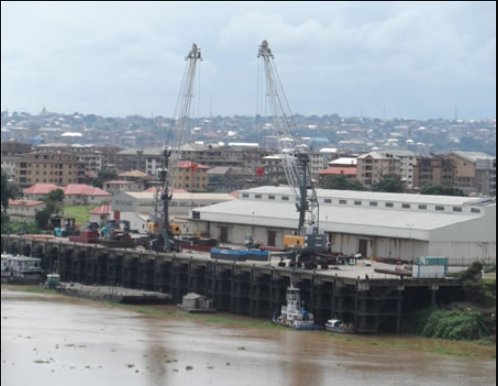 The Federal Government has approved the concession of the Onitsha River Port to a company called Inversal Elysium Consortium.

The concession, according to the Minister of Transportation, Rotimi Amaechi, is for a period of 30 years.

Briefing State House correspondents after the week’s virtual Federal Executive Council (FEC) meeting chaired by President Muhammadu Buhari at the Presidential Villa in Abuja, Amaechi said the council also approved $328.87 million contracts for consultancy services for the supervision of the various railway projects in the country.

Amaechi said, “Ministry of Transportation presented two memos and the first one has to do with the contract for consultancy services for the supervision of the various railway projects. Remember that we have about three railway projects that are yet to start construction and they include the Port Harcourt-Maiduguri, Kano-Maradi and then the Abuja-Warri.

“For the consultancy services, the following contractors were approved, with the total cost of $183.7 million. The contractors GIX Engineers Infrastructure Excellence/Yaroso & Partnership Ltd, Core Consulting Engineering Plc. That’s for Abuja to Warri.

“For the consultancy services for supervision of Port Harcourt-Maiduguri Railway, with branch lines to Bonny Deep Seaport and Port Harcourt Industrial Park and then to Owerri. We have Kyari Consults SDMBHD/Jamood Global Services Limited at $97.5 million. The first one is $38.4 million.

“The last one is consultancy services for the supervision of Kano-Katsina-Jibia-Maradi Rail-line to TEAM (Technics Engineering Architecture Marketing Nigeria Limited) and that is for $47.67 million. All of them are for a period of 36 months. That’s the first.

“The second one is that the cabinet approved a concessionaire agreement for the Ministry of Transportation to concession the Onitsha River Port to a company called Inversal Elysium Consortium. They are to manage the river port for 30 years.”

Asked why the Federal Government is abandoning the agreements signed with China on the construction of the railway in the country, he said, “Actually, that is why there is a delay. We were waiting on the Chinese to give us the loans we applied for and till today they’ve not replied. They kept delaying us – will the delay extend our tenure? The answer is no.