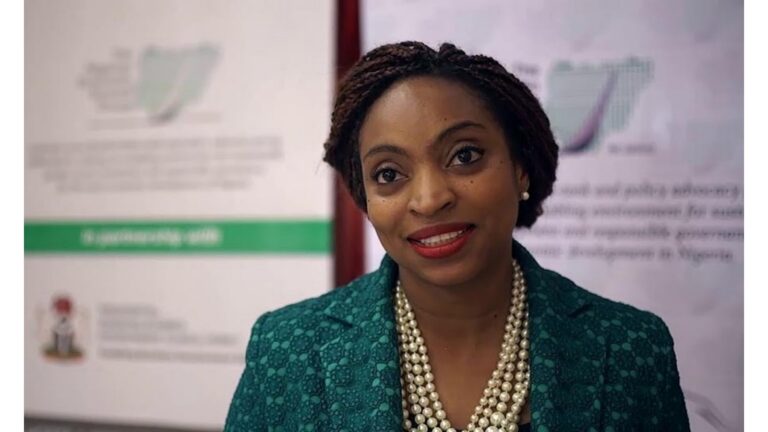 The Federal Government has outlined measures it plans to implement to boost the volume of export in the country.

This was disclosed by Dr Jumoke Oduwole, the Special Adviser to the President on the Ease of Doing Business/PEBEC secretary, during a media briefing in Abuja.

According to her, the government has put in place measures to eliminate multiple cargo examinations, encourage priority and free movement of designated export containers to boost the volume of export.

What PEBEC is saying

She said, “A reform in the payment and verification process will boost Forex inflow from export if exporters have unfettered access to the foreign exchange proceeds earned by them.

“It is also pertinent to extend privileges given to Diaspora remittance to have free access to their foreign exchange. The essence of NAP 7.0 is also to ensure an increased volume of exports and volume of foreign exchange in the country.

She called on the private sectors to use the reportgov.ng portal to ensure that MDA’s are complying with the executive order 1.

Other reforms under the processes and verification process include NESS payment to be integrated on NIBSS to enable a seamless payment system and NESS payment to be updated on the API and Implementation of a robust system to integrate the NXP interface for the users.

The expected outcome for these reforms is for a More efficient payment process which is being delayed by the Central Bank of Nigeria.

The inspection process, which is one of the four key proposed reforms recorded only a 19% progress. The proposed reforms under it are: Audit and streamline current physical inspection process for agro-exports, Enforce 2017 EO1 mandate for joint physical cargo inspection by agencies and Implement the Designated Export Warehouse (DEW) project to end multiple cargo examination; encourage priority and free movement of designated export container laden trucks.

The expected result which was delayed experience a drastic reduction in the current time for export cargo examination and the boosting of export volumes. The agencies responsible for these reforms include NCS NAQS, NPF, NPA, NSC, NAFDAC, NAIROLI and SON.

Other reforms under the inspection process included:  to Investigate reported cases of rent-seeking behaviour, Implementing and monitoring controls to avoid non-compliance with existing official processes, Audit process to identify and eliminate redundant documentation and Enforce 2017 PEBEC directive on the reduction of export documentation.

All the expected outcomes under these reforms, which are to ensure a transparent payment process, to eliminate rent-seeking/corruption and a Faster system for verification are all being delayed.

Terminal operations and shipping lines also recorded only 19% progress at day 30 of the 60 days NAP.

The proposed reforms delayed under this include Direct priority access lanes for compliant agro-export containers which seek to enable Faster processing of agro-exports and Minimize degradation of agro-export produce.

The proposed outcome delayed under this is to reduce the congestion at the terminals and create space for new containers. Agencies responsible include NPA, NCS and Affected MDAs

Access and documentation recorded the least protest with a 17 percent performance of which Expected outcomes delayed include the Improvement of port access and overall timeline for processing of agro-export boxes and the Increase in volume of exports. Agencies responsible include NPA, Terminal operators NPA. NCS and Other relevant agencies

Other expected outcomes delayed under the access and documentation include the Increase in volume of exports and the reduction in the number of failed transactions, rejected applications and long waiting time. Agencies responsible here include NPA, NEPC, NCS, NPA, NCS and NSC.

In case you missed it

PEBEC was set up in July 2016 by President Muhammadu Buhari, to remove bureaucratic constraints to doing business in Nigeria and also to make Nigeria a progressively easier place to start and grow a business.