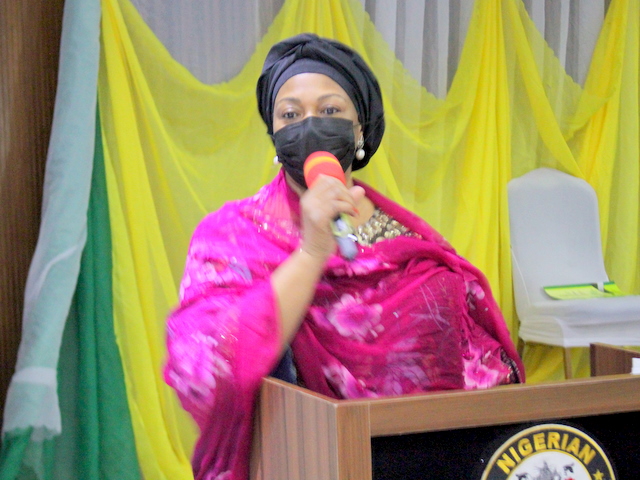 The Federal government has said that it is putting more incentives in place to make seaports outside Lagos, especially those in Port Harcourt, Onne, Warri and Calabar more attractive to shipping lines and importers.

Minister of Transportation, Rotimi Amaechi, who was represented by the Minister of State, Gbemisola Saraki, made the disclosure on Thursday in Abuja during a ministerial press briefing on the programmes, policies, projects and initiatives of the Federal Ministry of Transportation and its agencies for 2021.

Saraki said the development and sustainability of other sectors of the economy lie heavily on efficient transportation infrastructure.

“It is the realisation of this that the Federal Government made transportation infrastructure a priority both in its economic recovery and growth plan and the current medium term national development plan.

“Consequently, the ministry is committed to ensuring that the nation has a vibrant, responsive, efficient and effective transport system capable of adequately meeting the needs of a modern, industrial and vibrant economy.

“The ministry’s core mandate includes provision and administration of rail and marine transport infrastructure, road transport and mass transit administration as well as intermodal coordination of all transportation modes in the country.

“The government has made giant strides in bridging the infrastructural deficit in the transportation sector and will do more especially in human capacity development for sustainability. I wish to appreciate Mr President for his unrelenting support and commitment to the nation,” she said.

Throwing more light on some of the constraints militating against improved patronage of the eastern ports, the Managing Director of Nigeria Ports Authority (NPA), Mohammed Bello-Koko, said, “We cannot tell importers which port to use to bring their goods. Recently the Federal Ministry of Transportation, working with the Nigerian Ports Authority went for sensitisation to tell importers that they have ports just near you. For instance, Port Harcourt, or Calabar is barely 60 or 66 kilometres away from those in the northeast. Now we understand the limitations and problems with those ports and we are working on the limitations.

“For instance, in Delta port, the breakwater had collapsed over 10 years ago. The breakwater is an engineering structure above sea that is supposed to stop siltation, migration of silt into the main channel and it collapsed over 10 years ago. What we have done is doing the study and we hope that after that, we will start working on the procurement of that structure. But that structure is extremely expensive, it is one of the most expensive structures; it runs into an estimated cost of over some hundreds of millions of dollars, so it would be probably a national project.

“The other issue in the Delta port; there is an active NNPC pipe that is buried on that ground. That channel is about 7.5meters if I’m right – let’s call it 8meters. So it means you cannot dredge it lower than eight meters or less. Either NNPC removes the pipe or something happens and that has brought limitations in the size of vessels that come into that location.

“The third problem is the length of the channel. From the fairway to Warri is over 100 kilometres. So it means that when the vessel comes offshore from the beginning of the tunnel to the end is far and probably that had made the cost of bringing vessels into that place very difficult.”

On the limitations facing Calabar port, Bello-Koko said, “Calabar port has the longest channel of over 110 to 119 kilometres from the fairway to the port itself. So that means the cost of dredging the location is extremely high. Currently, there is litigation that has stopped us from dredging that and the Ministry of Transport and NPA are working to resolve that. And like I had mentioned initially, the ministry is driving the process of rehabilitation of the infrastructure from Lagos port to Calabar.”

Heads of other agencies under the Ministry including the National Inland Waterways Authority, Nigerian Shippers Council, Nigerian Maritime Administration and Safety Agency (NIMASA) and the Nigerian Institute of Transport Technology (NITT) took turns to make presentations on the activities of their agencies in 2021.