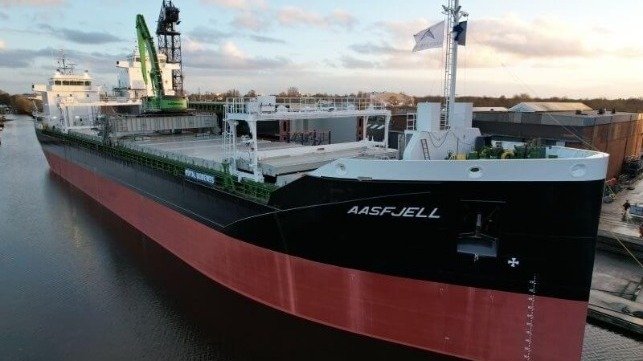 Aafjell is a hybrid vessel with a battery power system (Aasen Shipping).

What may be the first hybrid battery-powered cargo ship for the European market departed the shipyard this week preparing for its entry into service. The first of two 9,300 dwt bulk carriers being built for Norway’s Aasen Shipping, the Aasfjell will also claim the title as the largest self-discharger with an excavator in the market.

Ordered in June 2019, the Aasfjell and her sister ship Aasfoss, which is currently under construction, are outfitted with a hybrid propulsion system to reduce emissions and run emission-free in port. Leading an emerging trend in the shipping industry, each of the 394-foot vessels is being outfitted with a 339-kWh battery system to power all in port operations and provide peak shaving on the main engine while at sea. In addition to its function at sea, the battery package will enable propulsion and maneuvering in port without the main engine. Aasen estimated the battery package will reduce fuel consumption by approximately 400 tons per year.

The vessels are powered by a Wartsila main engine that has been optimized to provide the most environmentally and efficient operations possible. The main engine is capable of variable revolution enabling it to reduce fuel consumption and emissions further during slow steaming.

The hull design has also been optimized for maximum efficiency. The vessel also features active eco-control of the propeller. Other elements of the operation also benefit from the battery package, including an electric drive excavator that will operate quietly during loading and unloading operations also contributing to the eco-friendly operations of the vessel.

Built at the Royal Bodwewes shipyard in Hoogezand in the Netherlands, the Aasfjell was launched at the shipyard in October 2021. She was towed from the shipyard leaving on December 12 and is now at the Port of Delfzil to complete construction and prepare for her maiden voyage. 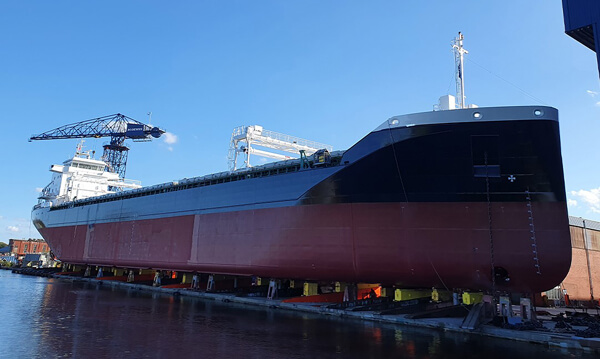 Aasfjell prior to launch in October 2021 (Royal Bodewes) 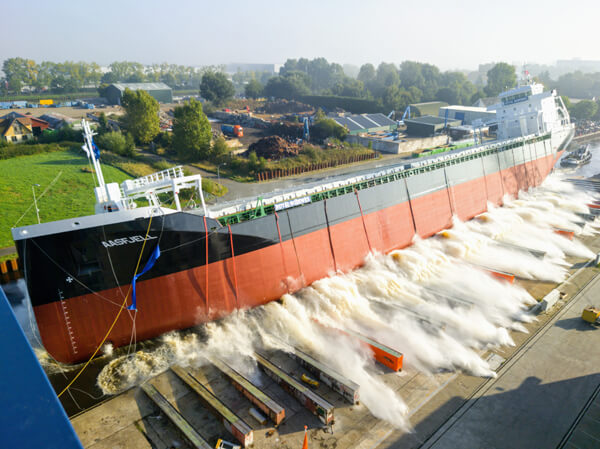