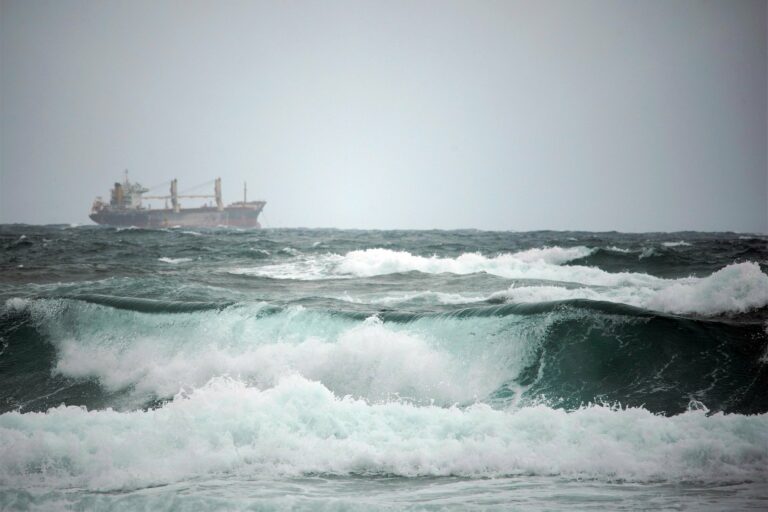 The two ‘Fs’ of global commodity trade – food and fuels – are key concerns for the United Nations Conference on Trade and Development (UNCTAD) as the war in Ukraine nears its fourth week.

In its report on ‘The Impact on Trade and Development of the War in Ukraine’, UNCTAD points to Russia’s and Ukraine’s pivotal roles in the global agrifood markets. Together, the two countries represent 53% of global trade in sunflower oil and seeds and 27% of the share of global trade in wheat.

Ukraine than these overall percentages. As many as 25 African countries, including many least developed countries, import more than one-third of their wheat from the two countries, and 15 of them import over half.”

Further, there is limited scope to replace imports from the Russian Federation and Ukraine through intra-African trade, UNCTAD notes, as the regional supply of wheat is “comparatively small, and many parts of the continent lack efficient transport infrastructures and storage capacity”.
As many as 25 African countries, including many least developed countries, import more than one-third of their wheat from the two countries, and 15 of them import over half

Rate hikes
There is also the issue of rising freight rates to factor in.

Russia and Ukraine are key geographical components of the Eurasian Land Bridge. In 2021, 1.5 million ocean containers of cargo were shipped by rail west from China to Europe. Diverting those volumes to the Asia–Europe ocean freight trade would increase trade on that already busy route by 5%-8%, according to UNCTAD. The UN body warns therefore that the war in Ukraine will lead to higher freight rates, in defiance of the rebalancing that is currently taking place as lockdowns ease and port congestion improves.

UNCTAD notes that disruption has already been felt across smaller tankers engaged in the Black Sea and Baltic Sea regional oil trade with underlying freight rates on the Black Sea–Med Aframax and Suezmax route increasing about 400% from February 18-February 25.

“These increases in freight rates can have significant impacts on the economy. UNCTAD simulated that the container freight rate increase during the pandemic increased global consumer prices by 1.5% – with particularly oversized effects in vulnerable economies, such as small island developing States, landlocked developing countries and least developed countries.

For the second ‘F’ – fuels – sustained high global energy prices and desperate attempts to diversify supplies away from Russia bring their own challenges.

Warren Patterson, ING’s head of commodities strategy, speaking in an ING podcast, said that it will be tough for the West to find alternatives to Russian oil. “Russia is a key oil supplier to global markets,” he said. “It exports somewhere in the region of 7.5 million barrels a day of crude oil and refined products, which is about 12% or so of global trade. And this volume is not something that can be offset by other producers anytime soon.”

While OPEC has spare capacity, it is not enough to offset the full loss of Russian supply, even if Iran is included. Added to this, OPEC has been reluctant to increase output taking the view that high oil prices reflect geopolitical risks, rather than actual supply shortages. The US, meanwhile, is increasing oil output but as America does not ‘sit’ on spare capacity as OPEC does it will take time to ramp up production.

The UN body warns therefore that the war in Ukraine will lead to higher freight rates, in defiance of the rebalancing that is currently taking place as lockdowns ease and port congestion improves

The European Commission has stated it wants to cease buying fossil fuels from Russia before 2030 and reduce its purchases of Russian gas by two-thirds before the end of the year. Patterson describes this goal as a “massive challenge”. ING examined where that trade could shift to and concluded that the best-case scenario would be that Europe could offset about 55% of Russian supply with other sources, but it will rely heavily on LNG for most of this and will have to compete aggressively with Asia for the supply.

Forecasting oil prices for the rest of the year, Patterson puts Brent at an average of $102 per barrel for the second quarter of 2022, falling to $93 per barrel in the second half of the year – assuming Iranian-like oil sanctions are not imposed and the EU does not ban imports from Russia. This means that prices for the year as a whole will average around $96 per barrel.

In terms of supply, ING expects to see continued self-sanctioning through the year with a potential supply impact of around 2 million barrels per day in the second quarter. This reduces to 1 million barrels per day for the remainder of the year. “These potential losses mean that the oil market would basically be in deficit until at least the end of the third quarter of this year.”
Source: Baltic Exchange