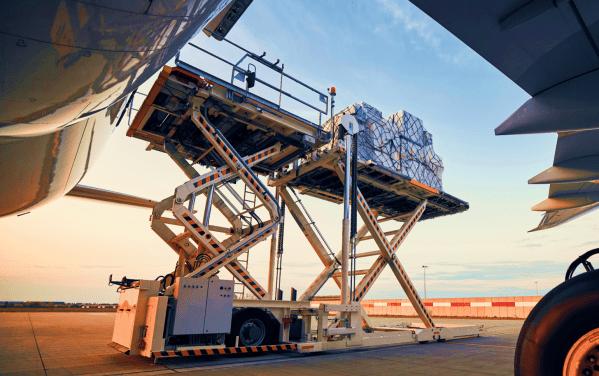 The International Air Transport Association (IATA) says that the global air cargo market in 2021 increased by 1.1% compared to January 2019 and +3% compared to December 2020.

According to IATA, because comparisons between 2021 and 2020 monthly results are distorted by the extraordinary impact of COVID-19 unless otherwise noted all comparisons to follow are to January 2019 which followed a normal demand pattern

Global demand, measured in cargo tonne-kilometers (CTKs*), was up 1.1.% compared to January 2019 and +3% compared to December 2020. All regions saw month-on-month improvement in air cargo demand, and North America and Africa were the strongest performers.

The recovery in global capacity, measured in available cargo tonne-kilometers (ACTKs), was reversed owing to new capacity cuts on the passenger side. Capacity shrank 19.5% compared to January 2019 and fell 5% compared to December 2020, the first monthly decline since April 2020.

Conditions in the manufacturing sector remain robust despite new COVID-19 outbreaks that dragged down passenger demand. The global manufacturing Purchasing Managers’ Index (PMI) was at 53.5 in January. Results above 50 indicate manufacturing growth versus the prior month.

The new export orders component of the manufacturing PMI – a leading indicator of air cargo demand– continued to point to further CTK improvement. However, the performance of the metric was less robust compared with Q42020 as COVID-19 resurgence negatively impacted export business in emerging markets. Should this continue or expand to other markers, it could weigh on future air cargo growth.

The level of inventories remains relatively low compared to sales volumes. Historically, this has meant that businesses had to quickly refill their stocks, for which they also used air cargo services.

“Air cargo traffic is back to pre-crisis levels and that is some much-needed good news for the global economy. But while there is a strong demand to ship goods, our ability is capped by the shortage of belly capacity normally provided by passenger aircraft. That should be a sign to governments that they need to share their plans for a restart so that the industry has clarity in terms of how soon more capacity can be brought online. In normal times, a third of world trade by value moves by air. This high-value commerce is vital to helping restore COVID damaged economies—not to mention the critical role air cargo is playing in distributing lifesaving vaccines that must continue for the foreseeable future,” said Alexandre de Juniac, IATA’s Director General and CEO.

European carriers’ international cargo demand slipped 0.6% in January compared to the same month in 2019. This was an improvement from the 5.6% fall in December 2020 over the year-ago period. International capacity decreased 19.5%, deterioration from the 18.4% year-to-year decline recorded for December.

Latin American carriers reported a decline of 16.1% in international cargo volumes in January compared to the 2019 period, which was an improvement from the 19.0% fall in December 2020 versus a year ago. Drivers of air cargo demand in Latin America remain relatively less supportive than in the other regions. International capacity decreased 37.0% compared to January 2019, largely unchanged from the 36.7% year-over-year decline recorded in December 2020.