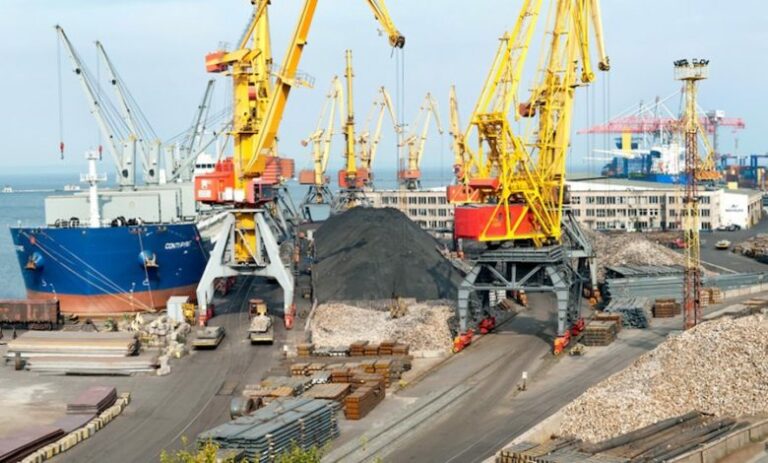 Shifting global commodity patterns in the wake of the Russian invasion of Ukraine are proving seismic.
On Friday, the US agreed to attempt to deliver an additional 10m tonnes of LNG to Europe in 2022, equivalent to around 14% of total US LNG exports last yea,r as Europe weans itself off its dependence on Russia, the world’s largest energy producer. In the longer term, the US has agreed to supply a further 35m tonnes of LNG to Europe per year out to 2030, should the additional LNG consumption remain consistent with existing European decarbonisation plans.

Splash is also reporting today on how Germany is booking floating storage and regasification units (FSRUs) to move away from piped Russian gas. Two energy companies, RWE and Uniper, are finalising contracts to charter three FSRUs that could be used to import liquefied natural gas (LNG) directly into Germany as early as next winter.

Leaning in a different direction, India has announced plans to double the amount of coking coal it imports from Russia.

“We are moving in the direction of importing coking coal from Russia,” steel minister Ramchandra Prasad Singh told a conference in New Delhi yesterday.

Vessels carrying at least 1.06m tonnes of coking and thermal coal are set to deliver the fuel to Indian ports this month, the most since January 2020, data from consultancy Kpler showed.

China, Japan, South Korea and Taiwan are also all showing strong Russian import coal volumes, according to data from the shipping platform Sea/.

Moreover, Sea/ data clearly shows there are a further 400 ships en route to call at Russian ports over the next two weeks.

Taking a leaf out of the playbook of sanctioned ship operators from Iran and Venezuela, Russian tankers are increasingly switching off their automatic identification systems (AIS) to try and avoid detection.

For the week ending March 25, Israeli maritime artificial intelligence platform Windward recorded at least 33 occurrences of so-called “dark activity”, more than double the weekly average of 14 in the past year.

On the ground in Ukraine reports emerged today of the dire situation at the strategically important port city of Mariupol, which lies on the northern banks of the Sea of Azov.

The Ministry of Foreign Affairs in Ukraine tweeted on Monday that Russian forces have turned the besieged city “into dust” with reports of carpet bombing emerging.

Mariupol is the main obstacle preventing Russia from connecting Crimea to the two self-proclaimed republics in the eastern Donbas region.

Finally, in today’s roundup of shipping news connected to the war in Ukraine, Turkey’s military deactivated a mine on Saturday that had drifted in from the Black Sea, setting off a loud explosion north of Istanbul, days after Russia warned several of them had washed away from Ukrainian ports.