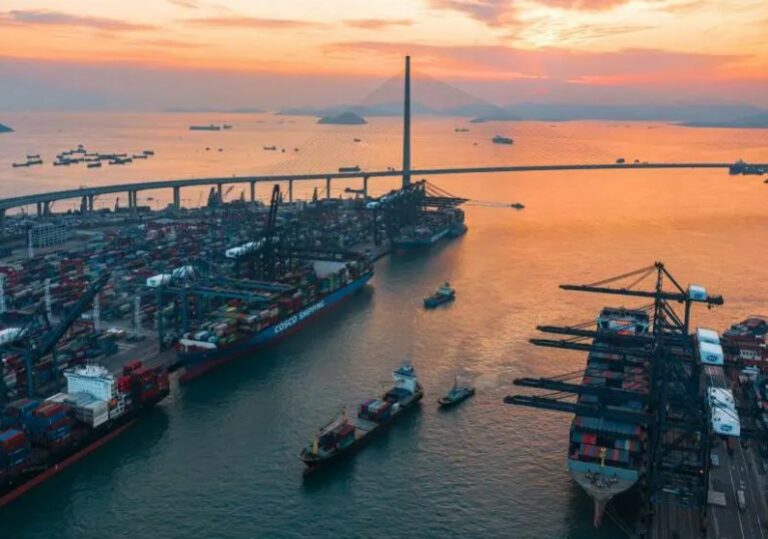 UNCTAD’s Global Trade Update published on 17 February shows that in 2021, world trade in goods remained strong and trade in services finally returned to its pre-COVID-19 levels.

While most global trade growth took hold during the first half of 2021, progress continued in the year’s second half.

After a relatively slow third quarter, trade growth picked up again in the fourth quarter, when trade in goods increased by almost $200 billion, achieving a new record of $5.8 trillion.

Greater trade growth in developing countries
The report shows that in the fourth quarter of 2021, all major trading economies saw imports and exports rise well above pre-pandemic levels in 2019.

But trade in goods increased more strongly in the developing world than in developed countries.

Exports of developing countries were about 30% higher than during the same period in 2020, compared with 15% for wealthier nations.

The growth was higher in commodity-exporting regions, as commodity prices increased. Moreover, South-South trade growth was above the global average, with a 32% year-on-year increase.

Source: UNCTAD calculations based on national statistics. Note: Quarterly growth is the quarter over the quarterly growth rate of seasonally adjusted values. Annual growth refers to the last four quarters. Figures for Q4 2021 are preliminary. Q1 2022 is a nowcast.

Substantial trade growth in most sectors
Except for transport equipment, all economic sectors saw a substantial year-over-year increase in the value of their trade during the final quarter of 2021.

“High fuel prices are behind the strong increase in the value of trade of the energy sector,” the report says, “Trade growth was also above average for metals and chemicals.”

As a result of the global shortage of semiconductors, trade growth in communication equipment, road vehicles and precision instruments was subdued.

Forecasts for 2022
The UNCTAD report indicates that trade growth will slow during the first quarter of 2022.

Positive growth rates are expected for both trades in goods and services, albeit only marginally, keeping trade values at levels similar to the last three months of 2021.

“The positive trend for international trade in 2021 was largely the result of increases in commodity prices, subsiding pandemic restrictions and a strong recovery in demand due to economic stimulus packages,” the report says.

“As these trends are likely to abate, international trade trends are expected to normalize during 2022.”

Factors set to shape 2022 world trade
Trade growth in 2022 is likely to be lower than expected, given the macroeconomic trends.

It also points to ongoing logistic disruptions and rising energy prices, saying that “efforts to shorten supply chains and to diversify suppliers could affect global trade patterns during 2022.”

On trade flows, the report projects the trend of regionalization to increase because of various trade agreements and regional initiatives, as well as “increasing reliance of geographically closer suppliers.”

Moreover, trade patterns in 2022 are expected to reflect the increasing global demand for products that are environmentally sustainable.

The report also flags the record levels of global debt, warning that concerns over debt sustainability are likely to intensify due to mounting inflationary pressures.