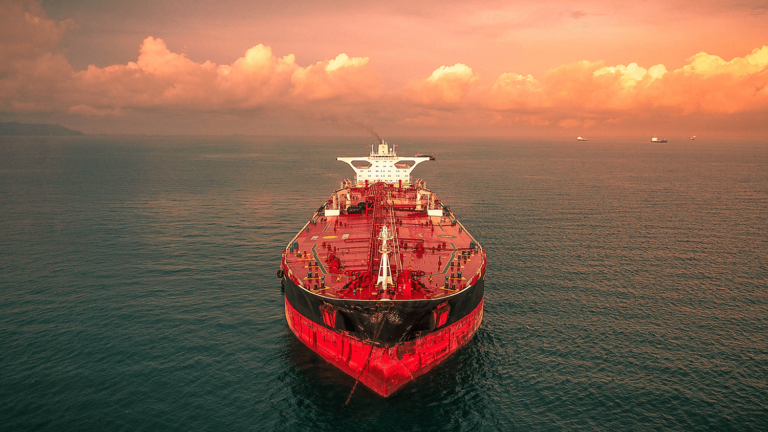 With green hydrogen stocks flying through the roof in 2020, it is no secret that this zero-carbon phenomenon is enjoying a worldwide unprecedented political and economical momentum. As a testament to its new-fangled global interest, the universal demand for hydrogen has grown threefold since 1975, with many countries now jumping on the bandwagon, aiming for net-zero carbon emissions by 2050.

In the most perspicuous way possible, English science author Brian Clegg attempts to disentangle the misconception surrounding “the King of the Elements”, H, most commonly referred to as Hydrogen. He argues that in science, simplicity and beauty are often equated – and that makes hydrogen as beautiful as they come; a single proton and a lone electron making the most compact element in existence.

When compared to conventional fossil fuels which produce greenhouse gas (GHG) emissions upon consumption, hydrogen not only has the capability of carrying around three times more energy per mass but rather, simply produces water when consumed. The main issue with this, however, is that notwithstanding its potential to one day replace fossil fuels in their entirety, as things stand, hydrogen’s production cost is significantly greater than any other fuel currently available on the market. This cost differs in accordance with the selected method of hydrogen production. “Grey hydrogen”, which is hydrogen produced using fossil fuels such as natural gas, is the most common form of hydrogen with lifecycle emissions that are still lower than those of fossil fuels. When grey hydrogen is combined with carbon capture and storage technologies, this forms what is known as “blue hydrogen”, a type of hydrogen with much less lifecycle carbon emissions, but which is much more expensive. On the other hand, the cleanest form of hydrogen is the so-called “green hydrogen” which is produced through a process called electrolysis whereby it is created directly from water as electric currents split the water molecule into oxygen and hydrogen. When the source of these electric currents comes from a renewable source such as solar, wind, and biomass amongst others, the process in its entirety would be completely emission-free. Unfortunately, however, the downside of this phenomenon known as “green hydrogen”, is that it is the most expensive of all three.

Undoubtedly, emitting over 950 million tonnes of CO2 yearly, as well as contributing to 2.5% of all global greenhouse gas emissions, does not exactly depict the shipping industry in the greatest of lights and so, the International Maritime Organisation (IMO) has recently stepped up its efforts to have the busiest transportation sector in the world reduce its emissions by at least 50% by 2050. Whilst liquid natural gas is considered a potential alternative to conventional heavy fuel oil and marine gas oil, at best, it only delivers up to a 10% reduction of GHG emissions when compared to the aforementioned conventional fossil fuels. A number of recently published studies and strategies alike have recently revealed how hydrogen may potentially be the long-sought game-changer the shipping industry has been yearning for.

However, a number of detractors have labelled the IMO as being “too bureaucratic” and showing “a lack of urgency” on cleaning up shipping. Consequently, it is not surprising that countries have begun pushing their own agendas – drafting white papers as well as entering into consultations, with the aim of grabbing the universal hydrogen driving seat.

Canada for example is clearly at the forefront of the hydrogen game laying out an ambitious framework that aims to cement hydrogen as being responsible for more than 25% of their energy demand by 2050. Policies in favour of clean energy, funding incentives, political pressure and the penalisation of fossil fuels are all incentives which Canada is striving to introduce, namely through its upcoming Hydrogen Strategy. This Hydrogen Strategy embodies the Government of British Columbia’s plan to achieve net-zero emissions and one of the means foreseen to achieve this is to have hydrogen contribute up to 31% of this target. Hydrogen has the potential of decarbonising the transportation sector through its application in fuel cell vehicles which use hydrogen gas to power electric motors without generating emissions. Moreover, as most emissions come from larger vehicles such as ships, aircraft, commercial trucks, and buses amongst others, all of which have the potential to be powered by said fuel cell energy, British Columbia has set out the Zero-Emissions Vehicles Act, pressuring automakers to have 100% of their sales to be zero-emission vehicles until 2040.

The United Kingdom, through the Minister of State for Business, Energy and Clean Growth Anne-Marie Trevelyan, has recently also followed up on its 10 Point Plan for a Green Industrial Revolution by a cash injection of £166.5 million to accelerate the delivery of game-changing technologies needed to further Britain’s climate change ambitions by investing in carbon capture, greenhouse gas removal and hydrogen. Such an investment shall assist the UK in reaching its goal of removing 10 megatonnes of carbon dioxide, generating 5GW of hydrogen by 2030, and creating 250,000 green jobs.

Cyprus is another jurisdiction that has announced a number of green incentive schemes within the past few months. An annual tonnage tax reduction of 30% has been offered to all vessels making use of approved alternative fuels such as methanol, electric power, hydrogen, and biofuels, clearly demonstrating a clear stance taken by a major ship registry in rewarding and supporting sustainable shipping practices. This tax reduction will be available to those vessels which demonstrate a 30% decrease in carbon dioxide emissions, with a 15% rebate also available to vessels that demonstrate a 20% decrease. Interestingly, vessels running on liquified natural gas have been expressly excluded from benefitting from this incentive but may benefit under a separate incentive. Other tax rebates have also been implemented, such as rebates for vessels with lower than required Energy Efficiency Design Indexes.

Unquestionably, some jurisdictions like Japan, South Korea, California, and Europe, have certain competitive advantages in the global hydrogen race not only due to an abundance of every major hydrogen feedstock such as water, natural gas, and biomass, but also due to their leading intellectual property position, dominant energy sector, established pipeline and transportation infrastructure, well-positioned export channels, and proximity to hydrogen import markets.

Whilst Malta’s only predominant viable renewable energy source is solar energy, it may nonetheless still take advantage of its strategic position in the Mediterranean Sea by potentially becoming an offshore refuelling station for passing marine traffic. Having kicked off the year by losing out on approximately €400 million of EU funding for its Malta-Sicily gas pipeline project, the Maltese Government has now upped its efforts in developing a hydrogen-ready pipeline which would be connected to the European hydrogen supply grid via Gela, Sicily.

Without a shadow of a doubt, given the fact that Malta’s maritime industry has continuously evolved throughout the years and that Maltese-flagged vessels rank sixth worldwide in their contribution towards 5% of all CO2 emissions arising from the shipping industry every year, it is high time to tackle the problem at its roots. Indeed the time is ripe as the industry is now starting to evaluate alternative possibilities as regards the investment of cleaner fuel, whilst properly preserving air quality.

Understandably, despite the industry’s best efforts, one ought to consider that the production of both fuel cell and hydrogen are still in their nascent stages due to low adoption rates, lack of widespread hydrogen refuelling infrastructure and its biggest deterrent – high costs. Consequently, many continue to believe that liquid fossil fuels still seem to be ever present within the foreseeable future.

As with any other major change, the key is to slowly transition and evolve rather than blindly jumping into a “revolutionary” abyss. A perfect example of this is the CMA CGM Group with its 2020 launch of its first mega container ship – the CMA CGM Jacques Saade, to be powered by LNG. Prima facie, this delivers a 99% reduction in sulphur dioxide and an 85% reduction in nitrogen oxide emissions, both of which embody various healthcare concerns. Widely acknowledged as the best intermediary solution by major stakeholders in the industry, LNG attempts to bridge the gap between horrid emission percentages and the incredulously high costs of the green revolution. The Chief Executive Officer of the Malta Freeport Terminals, Alex Montebello believes that despite IMO’s rather ambitious targets set for 2050, the CMA CGM Jacques Saade “is a window onto the future”.

Lastly, remains a pertinent question that seems to constantly fly under the radar: What realistic green incentives may Malta implement taking into consideration its limited resources yet still successful maritime story? Whilst tax incentives, multi-million-euro green investments and forward-thinking policies are a much-needed first step, Malta ought to look beyond the latter, and channel our forefathers’ wisdom in taking advantage of Malta’s strategic position by venturing into the possibility of becoming a hydrogen hub for the Mediterranean. The hydrogen-ready pipeline shall bring with it enormous untapped potential for the Maltese maritime industry, and whilst many believe that this is still decades away, Malta should use this time wisely and start preparing for its very own green shipping evolution, one which we are already lagging so far behind on.