How PIA will change oil & gas business in Nigeria - Experts 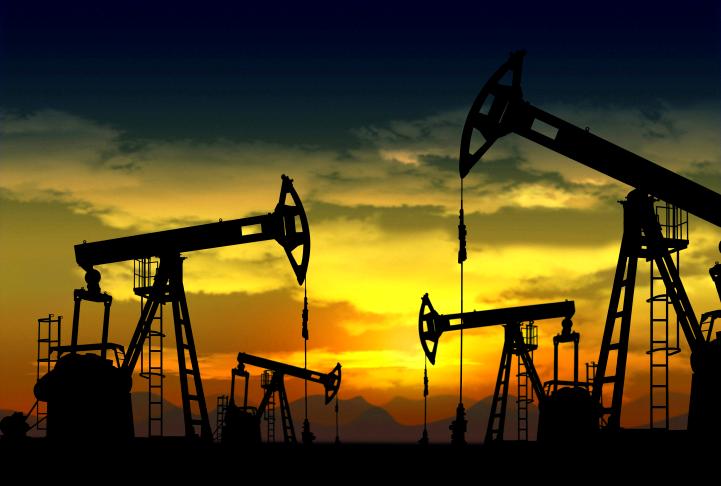 The enactment of a new law for the oil and gas industry, the Petroleum Industry Act, PIA, in Nigeria has raised hope amongst stakeholders with many saying that for the first time, the petroleum sector is ready to play a major role in the growth of the Nigerian economy.

For Nigeria’s oil and gas industry operators, regulators and stakeholders, the signing into law of the long-awaited Petroleum Industry Bill by President Muhammadu Buhari marked a watershed moment in the history of the petroleum industry in the country.

Up until Monday, August 16, 2021, the industry operated under the Petroleum Act of 1969. Described as archaic and out of tune, the law has been blamed for the minimal impact the oil and gas industry has had on the economy.

Despite being a major contributor to government revenues and providing over 90 per cent of foreign exchange earnings for the country, the petroleum industry contributes less than 10 percent of Nigeria’s Gross Domestic Product, GDP.

In essence, the industry was designed to export oil and gas in the old law.

This is, however, said to change with the new Act expected to signal the revival and resuscitation of the industry especially the downstream sub-sector.

Experts and operators who spoke to Energy Vanguard, said the PIA would ensure new investment, encourage innovations and competitive market.

Speaking to Energy Vanguard, the Executive Secretary of the Nigeria Extractive Industries Transparency Initiative, NEITI, Dr Orji Ogbonnaya Orji explained that the PIA would change the industry from governance to operation.

Dr. Orji pointed out that the commercialization of NNPC will usher in a period of growth for the sector and the economy in general.

“For instance, they have a governing board and I expect the board to be made up of business-oriented men and women with competence and integrity since they will be confirmed by the Senate.

“Once NNPC starts to think like a business concern, a lot will change. They will be more aggressive in the struggling and competing for hydrocarbons in terms of investments and they are going to lay to rest a lot of rent-seeking and people thinking NNPC could be available to provide slush funds”, he added.

Speaking on the fiscal regime in the Act, Dr. Orji said he expects government’s revenue from the sector to improve due to “the upward review of Company Income Tax, CIT, royalties and other tax regimes within the fiscal system”.

He noted that because of the certainty the law provides, investors’ confidence in the country would also change, pointing out that “for 18 years people were waiting for this law and those who want to make decisions about how to invest in Nigeria now have some form of certainty to deal with.

“The law has provided new opportunities for investors to take up”.

Also speaking to Energy Vanguard in a telephone interview, the Director, Centre for Petroleum, Energy Economics and Law, University of Ibadan, Prof. Adeola Adenikinju, said though not perfect there were a lot of provisions in the Act that would grow the sector and the economy.

Prof. Adenikinju explained that the Act has brought the country a step closer to efficiently managing the petroleum sector, noting that in the old law there were a lot of institutions that at times had conflicting responsibilities which made governance problematic.

According to him, “What this Act has done is to streamline activities in the sector by realigning responsibilities among the new institutions.

“Through this, there will be some mergers and alignment which would reduce the overall cost of running the sector.“Also, the operators will now be very clear of who is in charge of what in the upstream, midstream, downstream or gas.

“So you have some clarity in terms of responsibilities and functions among the institutions in the sector.“Also, the law has tried to improve the efficiency of the NNPC. NNPC Ltd now is going to be run as a commercial entity primarily and that is also going to reduce some of the political interference in the activities of the NNPC Ltd.

The new company will focus on commercials, it can go to the market and compete with other private entities and hopefully, it will be subject to make based criteria in terms of efficiency and effectiveness”.

Prof. Adenikinju, a former president of the Nigerian Association of Energy Economics, NAEE and current member of the Monetary Policy Committee of the Central Bank of Nigeria, also noted that the fiscal terms in the PIA is a lot more competitive now compared to other oil producing countries.

“It removes some of the uncertainties in the sector and more importantly now you cannot hold a field for a long time without developing it for years. Now prospecting licences will expire after the period stated in the contract.

“Unlike in the past when major companies can just hold a field without developing it”, he stated.

He pointed out that with the Act making it compulsory for petroleum products price to be determined by market prices, a lot of investments would come into the sector.

On his part, the Executive Secretary of Major Oil Marketers Association of Nigeria, MOMAN, Mr. Clement Isong described the PIA as the first step in achieving government’s target for the sector.

Mr. Isong pointed out that at the beginning it may appear difficult to old habits, “if you are used to bullying to change to encouraging may be difficult but some regulators like the Nigerian Communications Commission, NCC, have been able to make that change and what you find in that sector is grow and innovation. You also find in the sector happy customers and investments.

“We have the law now, we need the regulations to support that law and then we need the regulators who attitude will be to encourage that investment. You cannot really beat somebody and ask him to bring his money in the private sector, can you?

“He will bring his money and invest if he sees encouragement by the operating environment”.

He added that innovations would bring happiness to customers, noting that the more an operator makes its customers happy, the more its investment would grow.

He stated that while things might be a bit expensive at the beginning when petrol subsidy is removed, he explained that “eventually what happens is if your price goes up and you offer nothing the customers will leave you.

“But if your price goes up and you offer innovation, quality services eventually, you can reduce your price and be more competitive because all the customers will come to you.