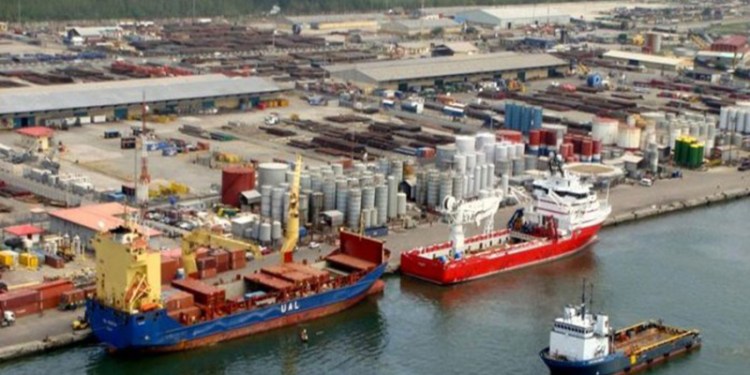 The Acting MD of the Nigeria Ports Authority, Mr Mohammed Bello-Koko, said the implementation of the railway into the Nigerian Ports systems has been a game-changer solving half its issues. He added that more needs to be done including demolishing buildings on routes to enable efficient Port-Rail systems, citing that the agency is working on improving demand for usage at the Warri and Calabar ports.

The Acting Managing Director of the NPA disclosed this in an interview with Newsmen on Sunday, adding that the investments focused on key sectors of the economy especially the recent completion of the rail system into Apapa port which he described as a “game-changer.”

“We have been working with the Nigerian Railway Corporation to see how Cargo can be evacuated. The interest is to see how cargo can get all the way to the inland dry port.

“There are meetings taking place between the West African Container Capital in Onne and APMT; this is to assist those inland containers to ensure that it reduces double charges once the cargo comes in.

“The one in APMT, we are hoping to start moving cargo inland by train. This has started but we are working with Nigerian Railway Corporation to give the right window so that once the train comes, the cargo is loaded into the right train without delay.

He disclosed that discussions have started over implementing railway systems to Tin can eventually, citing it is the responsibility of the Nigerian Railway Corporation and that some trains have been taken to a few terminals for a test run.

“The fact that the railway is already in the port has made the problem half solved. But they need to do a survey to find out what buildings need to come down to create space for the train. The ports are very old, they were not planned for a train going round all the terminals,” he said

On port usage in the Niger Delta
He added that the NPA provided pegs for shipping lines for ports at Calabar, Warri and Rivers.

“We gave most to Calabar and Delta. The idea here was to take their vessels into those locations. That has worked a bit, we also specified the kind of vessels that would come in and get those discounts.

“But the usage of those ports depends on the importer. You cannot force an importer to take his goods to Calabar or Warri,” he said.

He added that a lot of cargo comes in from Lagos, so there must be enough incentives for the importer to take his cargo to Warri and then bring it back to his factory in Lagos.

Other issues include importers taking cargo to Calabar and taking it all the way back to Lagos, “We had to write to the Ministry of Works concerning Ikom bridge to encourage people to use Calabar Port,” he said.

“The problem there is that it has the longest channel and passing through the channel is very expensive. We are encouraging the use of those ports and we are giving incentives to the shipping companies to bring in their goods to those ports” he added.