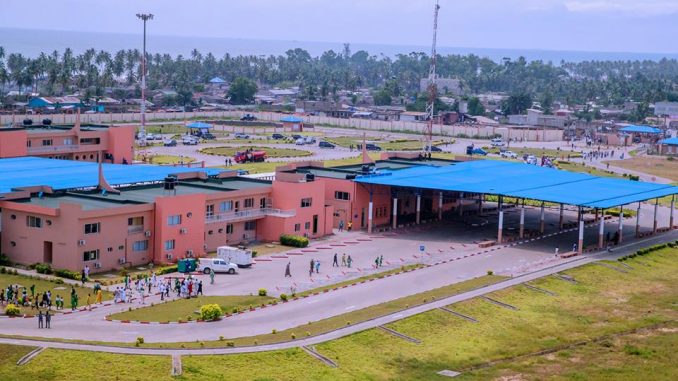 Clearing agents operating at the Seme border have decried double duties paid to the Benin Republic authorities and the Nigerian Government for clearing cargoes.

Speaking with newsmen last week, ANLCA Chairman, Seme Chapter, Mr. Onyekachi Ojinma said double duty payment collected by the Benin Republic and the Nigeria Government with multiple checkpoints are the reasons the importers are fleeing Seme border for Apapa and Tin Can Island Ports and more reasons why businesses are still nosediving at the border corridor two years after it was reopened.

He said ordinarily it is cheaper for importers to use trucks to transit their cargoes from the West African countries to Nigeria, saying that the containerisation policy has increased the price of transiting the cargoes from these neighbouring countries.

He said: “The business here is not equivalently friendly, we are doing a double clearing of cargoes by paying duty at Cotonou Port and on getting to Nigeria, you will be required to pay the same duty, which is similar to the being collected at Apapa port. This has never been our style of doing business before.”

He lamented that the Cotonou port which is ordinarily to be a transit port l charges importers as high as N1.7 million for 20 feet containers and N2 million for 40 feet containers before they are allowed to transit to the Seme border where they still pay duties to the Federal Government.

According to him, double-duty payment at the Seme border has melancholy discouraged many importers from clearing their consignments through the land border, adding that they now satisfactorily prefer to go through the Lagos ports where the total cost of duty and other expenses are cheaper.

“Transit goods are still being asked to pay Cf9 million instead of 0.3percent transit. These goods are manufactured from the ECOWAS region, not in Cotonou, they are not supposed to open that cargo but the Cotonou government would collect duty.

“Now a Naira is equal to the Cefa now. After clearing cargoes with millions at Cotonou, on getting to Nigeria, you still have to pay millions to clear it again. Meanwhile, at Apapa port, it is not so. We are losing our importers,” he cried out.

However, he indicted the security agencies, especially the Nigeria Police of mounting not less than 50 checkpoints between Agbara and Seme Border, adding that the situation has encouraged extortion and discouraged importers from using the Seme border.

“We have been having meetings with the Seme Customs CAC over these multiple checkpoints, he said he was trying his best, and the heads of these other agencies are tagging him as an enemy of progress.

He stated: “Government has officially opened up the border for going to two years now, but there is no business at the border for now because of bad roads, security agencies and multiple checkpoints. Between Badagry and Seme Border, there are about 50 checkpoints. By the time cargoes are brought through the border, extortion must have killed the owner.