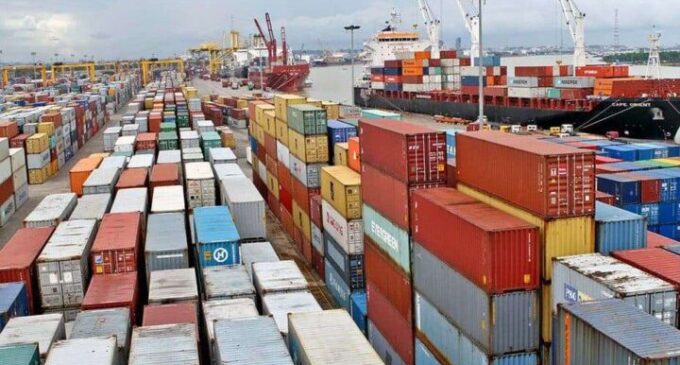 The Nigeria Customs Service (NCS) says it will support the e-invoicing and e-valuation policy introduced by the Central Bank of Nigeria (CBN) for importers and exporters.

Galadima Saidu, assistant comptroller-general of customs, disclosed this on Thursday at the hearing of the house of representatives committees on customs and excise, banking and currency.

The latest development is coming after NCS had opposed the new payment policy, describing it as conventional practice.

Appearing before the house committee, Saidu said after a meeting with the CBN two days ago, they decided to give their support to the initiative on the condition that it is a home-grown policy meant to save money for the country, among other benefits.

“Let us look at it as a home issue. Every day, we graduate students in computer science with no jobs. We should give them the opportunity. If the service providers can come in and give you the capacity to do this thing for a period of six months, at least, it is okay,” he said.

“The CBN should tell us who is providing the service. Who is engaged to provide this service? If they tell us they are Nigerians and they would employ Nigerians, fine and good, no one is against it.”

Leke Abejide, chairman of the committee, urged CBN to ensure that all relevant stakeholders were carried along in the policy.

He directed the parties to communicate their resolutions to the committee for further legislative input.

Last month, CBN introduced the electronic invoice (e-invoice) and electronic evaluator (e-evaluator) to achieve accurate value from import and export items in and out of the country.

The e-invoice is a digitally-delivered invoice issued, transmitted, received, processed, and stored in a specific standardised format.

The initiative had received copious kickbacks since its introduction, forcing clearing agents to down tools — an action that led to a backlog of vehicles at the ports.

The Centre for the Promotion of Private Enterprise (CPPE) said it would worsen the country’s trade transactions process.

Last week, customs suspended the implementation of the e-valuation policy for one month to enable the clearing agents clear a backlog of vehicles held up in the port.

TheCable had also reported how exporters were re-routing cargoes to Port Harcourt and Calabar ports as congestion hampered business activities at the Lagos port.