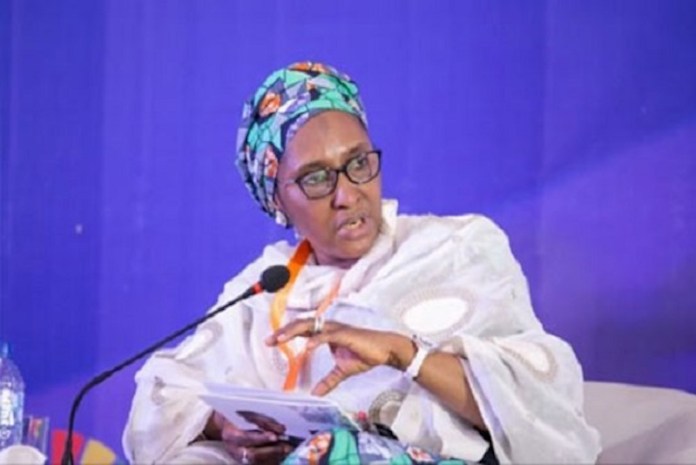 Members of the organised private sector (OPS) have advised the federal government to make deliberate efforts to remove impediments to the conduct of business in the country in 2022, especially with respect to clearing of goods at the ports, stressing that its war clearing goods at the country’s seaports.

In addition, they supported a recent call by the Minister of Finance, Budget and National Planning, Zainab Ahmed, to strip the Nigeria Customs Service (NCS) of the responsibility of revenue collection and generation.

The OPS advised the federal government to direct efforts toward accelerated industrialisation for the Nigerian economy in 2022.

The leaders of the real sector spoke in separate chats with THISDAY. They noted that removing hindrances to the activities of manufacturers and other key players in the country’s real sector would enhance productivity, especially as Africa prepares to fully implement the African Continental Free Trade Area (AfCFTA).

Some of the major constraints they asked the government to address included low FX supply and poor electricity to the real sector, challenges at the country’s seaports, and low patronage of made in Nigeria goods.

President of the Nigerian Employers’ Consultative Association (NECA), Mr. Taiwo Adeniyi, told THISDAY it was important for the government to do everything possible to remove all impediments to industrialisation. Adeniyi said NCS should be freed from the task of being a revenue-generating agency of government.

He said, “It is important that government should pay attention to industrialisation and do everything possible to remove all the impediments affecting ability do business in this country, like the issue around our ports.

“Even when you struggle to bring in materials, it is war at the port to get them out. The Nigeria Customs Service (NCS) is always like never wishing us to clear our goods at a time meant for them to be cleared.

“We are also calling on the government to begin to consider seriously making customs a non-revenue generating agency. As long as it remains a revenue-generating agency with a target to meet, the NCS will not do its work professionally. Moreover, the NCS should be audited and published.”

Adeniyi also advised the Central Bank of Nigeria (CBN) to fashion out a strategy to support manufacturers in the country with improved access to forex.

He stated, “Yes, the president has made a promise to us. But it will remain a promise until it is implemented. What we are pleading is this: let the government prioritise manufacturers in the allocation of the little forex at its disposal.

“In fairness, the government has been giving us special financing windows. But these windows are in naira. We cannot use naira to buy machines that we need to expand our operation. Most businesses that benefited from these funding were not able to use them because there was no forex.”

Speaking in the same vein, Director General of the Manufacturers Association of Nigeria (MAN), Mr. Segun Ajayi-Kadir, advised the CBN to expedite the process of unifying exchange rates in the various forex windows in the country. Ajayi-Kadir said stakeholders from the private sector should be nominated to monitor the disbursement of forex by commercial banks to ensure transparent and timeous allocation to bona fide manufacturers.

He also highlighted the need for government to take steps to relieve manufacturers of the burden of spending over N73 billion annually to provide alternative energy.

Ajayi-Kadir said, “So the immediate step to take in 2022 is for Nigerian Electricity Regulatory Commission (NERC) to remove all the bottlenecks inhibiting manufacturers’ access to the 2,000 megawatts of stranded electricity, as envisaged under the Eligible Customer Scheme.

“Other measures would include up-scaling efforts at further development of electricity value-chain.”

He added, “Ministries, Departments, and Agencies (MDAs) of government should compulsorily and strictly prioritise the patronage of made in Nigeria items in all their purchases and contracts. For instance, local manufacturers of LPG gas cylinders are specifically designated as priority providers of the 10 million cooking gas cylinders to be procured by the federal government for 12 states in the federation.”

He also warned that the looming increases in excise and tax rates, especially for carbonated non-alcoholic drinks, dairy products, should be discountenanced, arguing that the manufacturing sector would not be able to accommodate any form of increase.

The MAN director general added, “As we approach the actual commencement of trading under the AfCFTA, the government should intentionally support manufacturing by creating the enabling environment, providing trade information through the commercial desks of Nigerian embassies in African countries, and up-scaling the involvement of the private sector in negotiations and implementation processes.”

According to Director General of the Nigerian Association of Chamber of Commerce, Industry, Mines and Agriculture (NACCIMA), Ambassador Ayo Olukanni, “The effective implementation of the 2022 Appropriation Act for inclusive economic growth and development should be a top priority. The real challenge is to see how the budget, which has been tagged ‘Budget of Growth and Sustainability,’ will positively impact the lives of the people and various sectors of the economy.

“We must ensure that budget 2022 makes a significant impact on the energy sector if it is to be meaningful and be a budget of growth and sustainability.”

On his part, Chief Executive Officer of the Centre for The Promotion of Private Enterprises (CPPE), Dr. Muda Yusuf, urged the government to untangle the cargo clearing processes at ports by reducing the number of agencies involved. Yusuf also canvassed the deployment of technology to aid the customs clearing process.

He said, “The use of the scanner is particularly very important. It is a sad commentary that the largest economy in Africa has been examining cargoes and containers physically and manually for the past few years. The effect of this on the cost of imports has been humongous.

“The interest payment on the import, demurrage charges arising from delays, the extra charges by shipping companies, the additional charges by the truck drivers, all of these have put a lot of burden on cost on investors and citizens.”