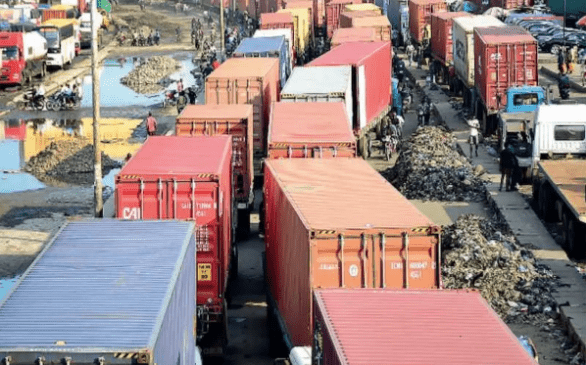 Lagos State Government said it would restrict the movement of trucks and trailers from the hours of 9pm to 6am.

The state Commissioner for Transport, Frederic Oladeinde, during a meeting with stakeholders, said the policy, which will become effective April 2021, was geared towards curbing road accidents in the state.

Akosile noted that the move was crucial to ease the traffic gridlock especially along the Apapa axis of the state.

He said, “The Lagos State Government has proposed the implementation of route restrictions for trailer and truck drivers operating within the State, while their movement periods are restricted to night time.

“The Commissioner for Transportation, Dr Frederic Oladeinde, announced that the current administration has mapped out dedicated routes to be plied between 9:00 pm and 6:00 am daily.

“He elaborated that the move was necessary as the Apapa in Lagos has been rendered less profitable for investors due to the gridlock and activities of truck drivers along the axis, appealing to the stakeholders to cooperate with the State Government to remedy the situation.

“Oladeinde urged them to put aside their sentiments and think of other motoring public as the policy is not meant to cause rancour, but geared towards opening up the State for greater economic realities.

“The Commissioner implored the stakeholders to see issues raised as work in progress while noting that discussions with the unions are ongoing until the grey areas are cleared.”

The Sector Commander, Olusegun Ogungbemide, told reporters that the safety of other road users was being endangered by the recklessness of truck and trailer drivers on highways in the state.

Ogungbemide, who expressed delight in the development, said the step would ensure safety and enhance traffic management.

“What is paramount is the safety of the road users. That is what we have been battling in the last few years as regards the havoc these tankers and trailers have been causing on our roads.

“It is necessary, it is needful for us to reduce the rate of hazards on the road. The collateral damage and human lives trucks claim should make any government control their movement. Nothing can be exchanged for lives being lost on the road,” he said.

The FRSC commander said that huge casualties had been recorded in truck-related accidents, mostly caused by human error.

He said that many of the trucks and trailers operating in the state do not have minimum safety standards.

He said only five percent of trucks have minimum safety standard while about two percent have headlamps.

Ogungbemide said that FRSC would collaboration with the Lagos State Government to reduce road traffic crashes and fatalities.

“Most of the crashes we have on the road is not because the road is bad or the vehicle is bad but because most drivers are not proficient also.

“By the time I am availed with the template for various routes trucks and trailer will be restricted from and the time durations for operations, we are going to work on these. Whoever flouts the rule will be sanctioned in the line with the law.

“We are going to be doing sampling enforcement that will sensitise other road users that government is quite serious,” he said.

Ogungbemide said there was need for willingness by the government, truck/trailer owners and other stakeholders to stamp out carnage on the road.