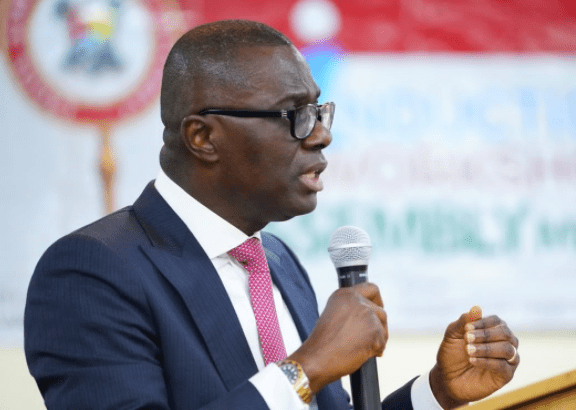 The Lagos State Government has given all truck owners and drivers operating at the Lagos ports in Apapa ten days to remove their trucks from the roads or they will be impounded.

Chairman of the Lagos Task Team on Law and Order in Apapa, Toyin Fayinka, who gave the ultimatum at a stakeholders’ meeting on Wednesday, said truckers who do business in Apapa need not make life unbearable for others.

He advised truckers to keep themselves off the roads until they are called into the ports.

Various stakeholders, who spoke during the meeting, blamed security agencies, shipping companies and bad roads as the key factors causing the gridlock in the port community.

He said, “The enforcement team on ground is not working with us and our businesses are suffering. One of the causes of the problems is the absence of holding bays.

“A lot of things need to be done along that Tin Can axis. The construction by Hi-Tech is taking a long time. If that road is ready, it will go a long way in curbing traffic along the corridor. There is also the issue of insufficient transit parks along the access corridor.”

Stephen also asked that Lilypond be fixed and reopened for business.

Chairman, Association of Maritime Truck Owners, Remi Ogungbemi, said the truckers did not need a task force but a conducive environment for operations.

Similarly, a member of AMATO said from Ijora down to Apapa, he identified over 16 checkpoints, extorting monies from truckers.

A representative of the National Association of Government Approved Freight Forwarders, Umeadi Emmanuel, said shipping companies now use the port environment as their dumping ground for empty containers.