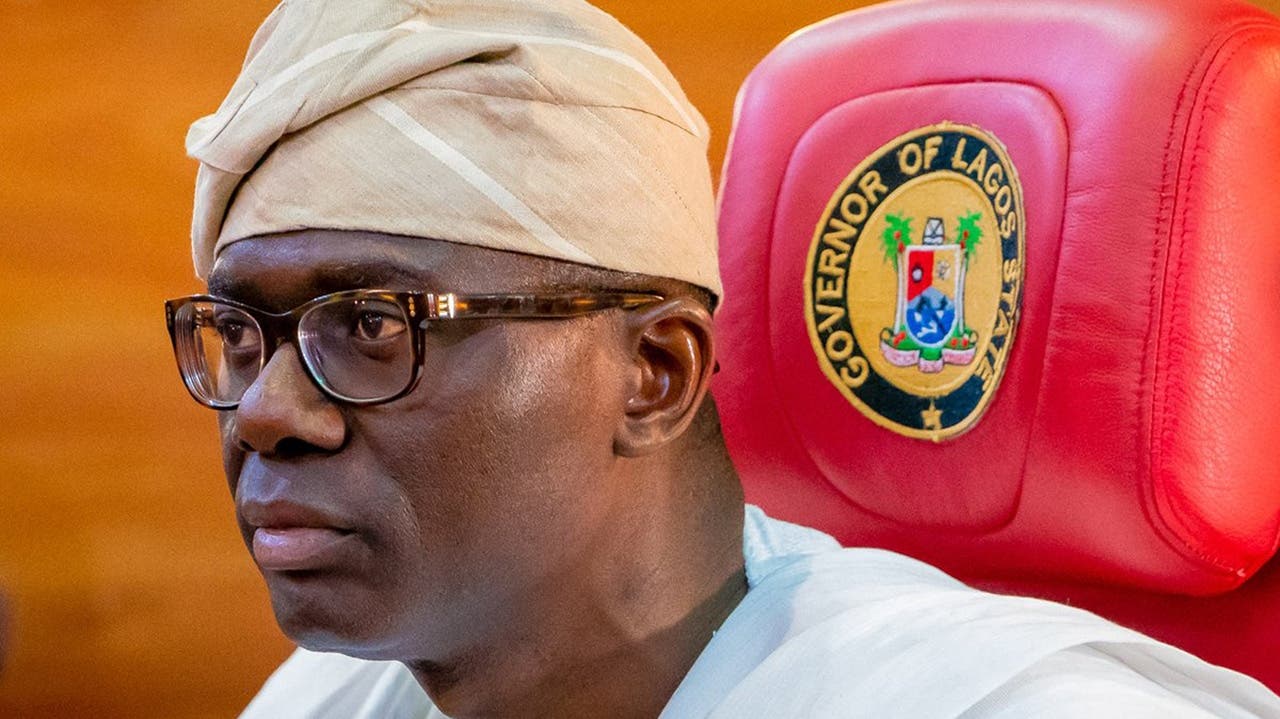 The Lagos State Government issued a warning to citizens yesterday about the arrival of the third wave of the COVID-19 pandemic.

It said that the warning was required due to a “steep” increase in the number of positive cases of the infection. Oyo, like Lagos State, urged the people to be extra careful since the state has detected a deadlier form of the virus known as the Delta variant.

Governor Babajide Sanwo-Olu stated in a statement yesterday that as of July 7, Lagos State has 60,202 verified COVID-19 cases and 357 reported fatalities. “From the beginning of July, we began to see a sharp rise in the number of daily confirmed cases, with the test positive rate increasing from 1.1% at the end of June to 6.6% as of July 8,” he added. Sanwo-Olu, who observed that just 1% of the state’s population of more over 20 million had been vaccinated, said that dealing with the current wave was the duty of “all of us.”

He particularly urged churches, mosques, and organizations to closely adhere to the current COVID -19 protocols, such as avoiding having more than 50 people in a confined space. The governor further cautioned that in-bound travelers who do not follow isolation protocols risk being prosecuted.

“Whilst both the Federal and state governments have a significant role to play in the management of the COVID-19 pandemic, the duty of controlling the third wave ultimately belongs to all of us,” Sanwo-Olu said in part. We began to see a significant rise in the number of daily confirmed cases starting in early July, with the test positive rate increasing from 1.1% at the end of June to 6.6% as of July 8.“

The fast rise within a week is reason for considerable worry. In addition, the occupancy rate at our isolation centers has risen from 1% to 6% in the past two weeks. This is the new and unsettling reality that we are now confronted with. As you are all aware, Lagos has been the epicentre of the pandemic from its inception, and how we handle it here has a major influence and ripple effect on the national perspective and results.

As a result, Nigeria is relying on us in Lagos to remain steadfast in our fight against the virus.“ We will continue to test vigorously. We will also concentrate on sequencing the samples we collect to guarantee that we identify and monitor the many variations in circulation. Only by thoroughly testing and sequencing can we gather the data needed for informed decision-making.“

Greater vigilance is needed in our churches, mosques, and other places of religious worship at this time. Even while we are relieved that holy buildings are again available for worship, we must not be swept away by the idea that everything is now back to normal.

This is particularly important as Sallah approaches in little over a week. The celebrations will undoubtedly bring a huge number of people together, creating circumstances that may unfortunately lead to the spread of the Coronavirus.

We must not let this happen.“ As a result, we are requiring complete adherence to all precautionary protocols. Masks must be worn in all public areas, as well as social distance, temperature checks, facilities for hand-washing and sanitizers, and a maximum occupancy of 50% in enclosed spaces.

“As of now, the proportion of citizens who have got two doses of the vaccination is a paltry 1%.

We recognize that this is insufficient, and given the impending third wave and our priority to reduce COVID-19-related deaths, we are exploring all avenues possible to increase access to vaccination in order to meet our herd immunity target of at least 60% vaccination coverage of the Lagos State population.“

We are optimistic that we will get a second supply of vaccines very soon, allowing us to begin the second round of vaccinations.“ Lagos State will continue to collaborate with all of our partners, both public and private, to ensure that we permanently defeat this epidemic. We will not stop until this is accomplished.“

Without the general public’s participation, we risk losing both lives and livelihoods on a massive scale. As a result, I’d want to emphasize once again that now is not the time to get weary or complacent.

Instead, we must be re-energized to fight this unseen and apparently unstoppable foe. “We must not be demoralised by this; instead, we must vow that we would leave no stone unturned in our quest to successfully curb the third wave of this pandemic in Lagos State.”

According to the governor, 55,135 of the 60,202 confirmed cases have been recovered, while 770 are still being handled. According to him, 4,382 patients were admitted to COVID-19 care centers.

He went on to say that there are 30 certified testing facilities, including 26 private and four governmental health labs. Dr. Olabode Ladipo, the Incident Manager and Coordinator of the COVID-19 Emergency Operations Centre in Oyo State, verified the finding of the virus’s Delta variant. Ladipo advised the public to exercise extreme care and to follow all protocols issued by the task force on a regular basis. Mr. Taiwo Adisa, the Chief Press Secretary to Governor Seyi Makinde, issued a statement containing his recommendations.

“The Task Force wants to inform the general public about the isolation of the Delta variant of the COVID-19 virus in the state,” the statement begins. This strain has been linked to high transmission, increased illness severity, and poor outcomes.

“As such, this is to warn that the virus is still very much present in society.” The message also requested that all inbound travelers isolate for seven days and undergo to testing.

The statement said, “The State Government’s ‘Own Your Action’ (OYA) program should be carefully considered by following to the recommendations of wearing nose and mouth masks in public meetings, washing hands with soap and water, and using hand sanitizers, among others.”

The Oyo State COVID-19 Task Force therefore urges to the good people of Oyo State to abide by these and other recommendations as they pertain to individuals and organizations.“

It would be welcomed if all in-bound international tourists followed the required seven-day isolation and subsequent testing before mixing with the general public.“

Vigilance on the part of both the government and the people will undoubtedly go a long way toward preventing the spread of this illness inside the state.”