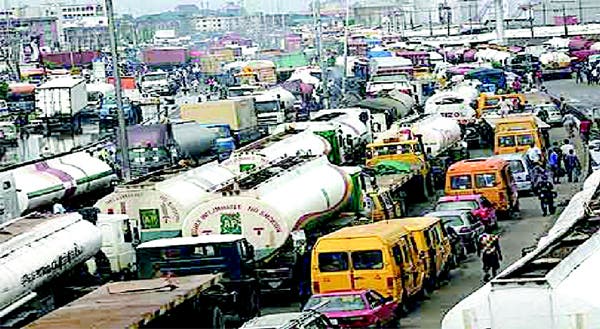 Lagos State Special Traffic Management Team said, yesterday, that it has impounded 200 trucks in the last 48 hours in the Apapa axis for flouting the directive of the newly introduced electronic Call-Up System and indiscriminate parking on the road.

This came on a day the gridlock continued on the ever-busy Oshodi-Apapa expressway, despite current effort to decongest the road.

Motorists and other road users were held up in traffic for several hours to get to their destinations.

Enforcement agents were nowhere to be found on the road as only men of the Nigerian Customs Service, truckers and members of the National Union of Road Transport Workers, NURTW, were seen controlling traffic around Mile-2 and Otto Wharf area along Oshodi Apapa Expressway.

Be patient with us —Govt

But reacting to the gridlock on the expressway, leader of Special Traffic Team and Special Adviser to the Governor on Transportation, Mr. Oluwatoyin Fayinka, said the government was not unaware of the situation along Oshodi Apapa Expressway but has been moving gradually to ease traffic on the axis.

Fayinka said: “Our enforcement strategy is gradual. We have been cleaning up the other side of the axis at Area B, Ijora into the Nigerian Ports Authority, NPA. “We are moving in gradually to other areas for clean up which include Mile-2 end and environs.

As we speak, in the last 48 hours, we have impounded about 200 trucks over for various offences, ranging from non-possession of electronic call-up slip and indiscriminate parking, “The vehicles have been towed to Lagos State Traffic Management Authority,, LASTMA, Oshodi Yard and the owners will have to pay fine before those vehicles will be released.

“Governor Babajide Sanwo-Olu has given us the go-ahead to enforce the rules of engagement in his determination to rid Apapa of gridlock, this we are determined to achieve.

“What you are experiencing now is the initial teething problems expected.

We will get over it in due course.

We are appealing to motorists and residents to be patient as everything is been done to arrest the situation and ensure the free flow of traffic.”