Liberating Nigeria, others from ‘sea blindness’ 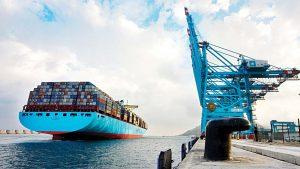 Notwithstanding the enormous potential that abound in the territorial waters, Nigeria and other African maritime nations are still drowning in abject poverty. The fact is that many of them are ‘sea blind’ and unable to quantify the huge resources that lie in the seabed for economic development.

For Nigeria, the advent of commercial oil automatically shifted the interest of Africa’s largest country away from agriculture, and maritime businesses for decades, with attendant implications on the ailing economy.Coming to terms with the reality of the sea blindness, the Federal Government is now awake to the reality that nation’s maritime sector must be adequately groomed to increase its contribution to national growth.

Nigeria, with a population of over 160 million people has a coastline, which covers about 853 kilometer, and an exclusive economic zone of 200 nautical miles. In the entire continent, it is estimated that about 1.2 billion people rely on the blue economy, which is expected to double by 2040.Statistics showed that Pan-African fish trade is worth about €20 billion, and this can sustain African economies in the long term. Besides, oceans are endowed with vast wealth through trading ships, fish stock recreation, mineral wealth, seabed mining fossil fuel, and energy and a host of others.

The Head, Africa Section, Technical Cooperation Division, International Maritime Organisation (IMO), Williams Azuh, said: “All these abound in the waters which we have abundantly in the region, but it is very unfortunate that Africa is sea blind. It is unfortunate that all the resources needed are embedded in the seabed but we are not seeing it.”

Azuh, observed that Africa needs to increase its level of vessel tonnage as well as develop the much-needed maritime infrastructure, especially in terms of ship building and equipment to be able to effectively participate in the global shipping trade to the benefit of its citizenry.

To increase enlightenment on the strategic importance of maritime governance for sustainable development, he said the period 2015 -2025, has been declared as a decade of African Seas and Oceans.

Besides, July 25th has been declared as African Seas and Oceans Day to highlight the important role that Africans need to play at the instrumental maritime forum. In Nigeria, Senate President, Bukola Saraki, said the legislators are currently looking at ways to revitalise Nigeria’s maritime sector, hoping that the African shipping sector would “soon have a hope of life”.

He said the legislators are working hard to ensure that all related treaties are considered and adopted by the Federal Government of Nigeria. To further strengthen the maritime regulations, the Nigeria Maritime Administration and Safety Agency (NIMASA) has introduced a Medium Term Strategic Growth Plan covering three years, and built around its core mission, which is to Reform, Restructure, and Reposition the Agency for sustainable growth and development.

Others are Digital Transformation Strategy; and Structural and Cultural reforms including changes to work ethic and attitude of staff as well as processes and procedures.

Peterside, who was recently elected as the President Association of African Maritime Administrations (AAMA), said: “We have a collective responsibility to promote new awareness and appreciation of the inevitable role maritime transport and the blue economy can play as enabler of the economic development of our continent. Africa is looking up to us and we cannot afford to disappoint our people.”