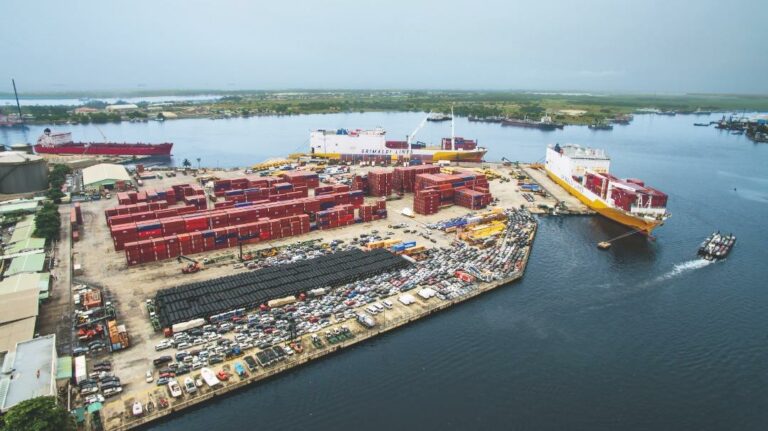 Tin can Island Port Complex command of the Nigeria Customs Service (NCS) has stated that timely evacuation of overtime cargoes from the mother port and bonded terminals to government warehouse, would enhance  revenue collection of the service

Comptroller MBA Musa, Controller in charge of Tincan Island command stated this in while giving overview of the activities of the command in 2021.

According to him, the move would also help to decongest the port of abandoned cargoes as well increase throughput.

“In spite of the above developments, the lack of Government warehouses  at close proximity to the port and the lassitude in application of extant customs laws guiding the treatment of overtime cargo by the terminal operators remain an area that needs dedicated attention.

“The timely transfer of overtime cargo from the mother Port and some Bonded Terminals to the Government warehouses and the application of due process as provided by law will not only decongest the port of abandoned or overtime containers but will also improve the cargo throughput and ultimately increase revenue collection.

Part of the text read, “In the area of trade facilitation, a new terminal, Classic III Bonded Terminal was opened under Tincan Island Command improving the cargo throughput and revenue collection of the Command.

“In the year under review, a total of 30,441 containers were transferred under the fast track , 58, 234 containers and vehicles were approved for transit from the Mother Port to Bonded Terminals.
“With the successful implementation of a Standard Operational Procedure (S.O.P.) on barge movement, 36,496 containers were transported form Tincan Island Port Command  through the waterways by barge to Bonded Terminals and Free Trade Zone.

“Additionally, rating of the compliance monitoring activities show that compliance levels improved significantly. Out of 166,903 SGDs registered in 2021, there were 2,484(1.5%) interventions.

” This shows an enhanced  compliance rating of about 63.4%  and an improvement from the 2019 compliance rating of 15,295 (9.4%) out of 162,110 SGDs registered.
In the area of Enforcement/Anti-smuggling , the  Command in collaboration with NDLEA,  made  a seizure of cocaine with a net weight of 43.110kg concealed in 40 bags of raw sugar packaged in bulk aboard the vessel MV SPAR SCORPIO.
“Twenty suspects and the vessel were detained in connection with the seizure; however, the Command was directed to handover the casefile, vessel and suspects to National Drug Law Enforcement Agency according to Standard Operational Procedures.
” Seizure was also made of two (2) automatic rifles  with 164 rounds of live ammunition which were intercepted in a 1x40ft container MEDU 49022/5.
“They have since been handed over to the DSS.  Additionally, a total of 151 containers made of 149 (40ft), 2 (20ft) and 9 uncontainerized cargo were intercepted and seized by the enforcement team with a total Duty Payable Value (DPV) of =N=607,348,617.00.